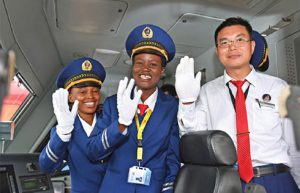 It was back in 2015 when I was doing comms work on the developing crisis in the Central African Republic that I became acutely aware of the biases and blindspots of Anglophone media. Everyday I would check the news and find very little on what, I knew from colleagues, to be an extremely serious humanitarian situation.

I am ashamed to say that despite my international credentials (more than half my life spent abroad) I had committed the first sin of the English-speaker e.g. forgetting that the world outside Anglophone media exists. Eagerly scouring the BBC website and perhaps even breaking out to look at CCN from time to time was not, it turned out, enough. This humbling realisation led me to discover that Russia Today, Deutsche Welle, TV5 and Al Jazeera were all providing more extensive coverage, much of which was also available to me in English.

For those of us who are concerned with how development is communicated, the dominance of English-language media should be something we care about. That is why I was particularly interested in a set of academic articles in a new book called ‘Africa’s Media Image in the 21st Century’ edited by Mel Bunce, Suzanne Franks and Chris Paterson, all reflecting on Chinese perspectives on Africa.

The sub-title of the collection is From the ‘‘Heart of Darkness’’ to ‘‘Africa Rising’’ which tells you a lot about the representation of Africa in the media and about wider trends in reporting Development issues. So-called ‘Afro-pessimistic’ and ‘Afro-optimistic’ narratives both seek space within the mainstream media and within NGO communications departments. Is Africa a continent full of suffering caused by poverty and injustice? Is Africa a continent full of potential for human and economic development with promising signs of growth? Might there be truth in both these perspectives?

Vivien Marsh’s contribution to the edition, ‘Africa through Chinese eyes: new frames or the same old lens?’ analyses CCTV Africa and BBC World Africa to answer her title question. She contrasts the different frames through which the journalists write their stories: conflict, harmony, human interest, morality, stability etc to examine how different they are from each other.

Inspired by Marsh, I made my own short analysis of the top ten headlines today on China Daily’ Africa page and the BBC Africa page:

I do not claim that this is in any way rigorous data but I cite it to give a flavour of the types of stories covered and how little overlap there is between the two lists. The BBC focuses on news for an African audience whilst the China Daily top 10 focuses on stories about China and Africa for audiences in both locations. The China Daily headlines are almost entirely positive in nature, whilst the BBC covers 5 stories about violence, 4 about injustice of some kind and one negative health story.

Herman Wasserman joins Vivien Marsh in seeing Chinese media as taking a more positive or ‘constructive journalism’ approach. This is a pragmatic strategy designed to ‘amplify China’s soft power’ by ‘promoting ways of looking at Africa differently’ and perhaps, not rocking the boat…This contrasts with the ‘watchdog’ approach of Western journalists, seeking to hold power to account and focusing on the challenges facing the region.

Seeing Africa and particularly development challenges and solutions through Chinese eyes will be different for most of us. The Chinese media channels available in English may be more reflective of the Chinese state and its interests than we are comfortable with. But having new Chinese players on the media scene, reporting African development in fresh ways, can’t help but give us new perspectives, whether or not we agree with everything they broadcast.

The narratives about development in Africa are often simplistic and don’t get close to communicating the complex reality behind the ‘death, disease and development’ narrative we are used to hearing. There are biases and blind-spots everywhere. But one thing I have learnt in this small exercise of media analysis is that there is always a richer story when you look at it from more than one angle.

How biased is the news you consume? Do you take any proactive steps to widen your view? Let us know in the comments below.