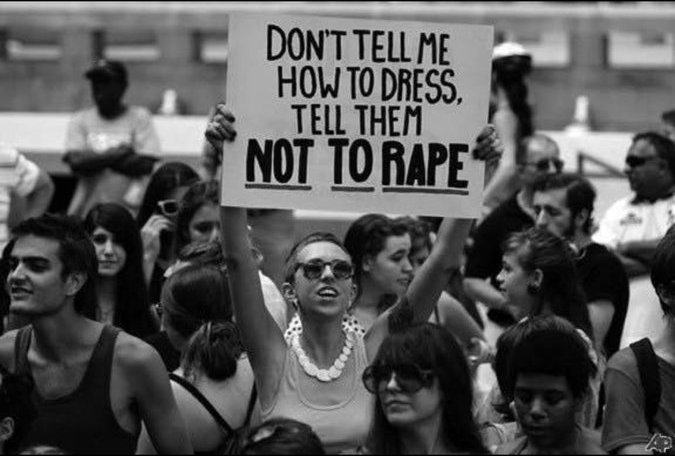 “Is simply realising there is a problem enough to provoke change and promote lasting gender equality?” #metoo part 1 ended with this question; let’s try to give some answers step-by-step.

Ok, the victim will talk, will feel safe to talk, BUT after the sexual abuse has happened. In respect to that, Jan Fran argues:

“We live in a society where we teach women not to get raped, where we should be teaching men not to rape” @Jan__Fran

Is she right? She is absolutely right. As crucial is to empower women, equally important is to educate men. Societies should educate their boys. Or, at least, we should stop raising our sons to be emotionally unattached hyper-masculine sociopaths as @HerMillennials argues.

Towards that direction #metoo acted as a wake-up call for some men. In response (or in addition) #HowIWillChange was created. This is where men add their side to the argument. But again, this is not the definitive solution either. It’s not only the offender and the victim.

There is another integral part of the equation of sexual abuse: the spectators, the audience, all of us.

In some cases, the offender will be prosecuted and convicted while in many cases the victim will raise her voice and talk about the abuse. In all cases, the faceless crowd will pick sides, either directly or by staying silent. And be sure, in most of the cases the audience will either stay silent or harass the victim.

“#metoo I was 15 he was 24. I said stop! He kept going. The worst part it was my brothers friend and he believed him over me never forget.” @TroyKellahan

Evan Rachel Wood added another angle to the discussion:

“Because I was shamed and considered a “party girl” I felt I deserved it. I shouldnt have been there, I shouldn’t have been “bad” #metoo” @evanrachelwood

The parents of the harassed Greek student were reluctant at the beginning if you recall from my previous post.

If this is the stance of your parents or siblings, imagine what will be the reaction of a total stranger. Within the ‘reality’ of social media, this is actually a lot easier due to the safety that a nickname and a fake avatar provide. Therefore the question is, even more, pressing: if you find that your boyfriend/girlfriend, father/mother, brother/sister, uncle/aunt, nephew/niece, or best mate psychologically harassed online (or otherwise) a victim of sexual abuse what your stance will be?

As it seems, we need not only educate our boys but to educate ourselves. Also to call-out harassment when we see it, regardless of where it stems and what form it has.

For it is not just banter. It is complicity.

“Calling out harassment when I see it. As for the people saying #NotAllMen, no it’s not all men, but it’s too fucking many. #HowIWillChange” @xanthan18

And he is right, too.

In Greek society, a Christian Orthodox priest is almost a sacred figure.  He is above all suspicion. He has power. Harvey Weinstein is one of Hollywood’s ‘priests’. He has money, connections, and fame. He is respected and above all suspicion. In different settings, different men have power and act on their power to sexually abuse, harass, and assault women.

Yet, history shows that all can fall if we create the proper circumstances for social change to happen.

The constituents of change require both a medium for public deliberation and a will to debate but also an audience that is educated. An educated audience, in turn, requires men that respect women, as well as societies that support and protect men and women equally.

Have in mind though, that social change can happen and no woman should live in fear anymore.

Feel free to comment in the comments section below and take the discussion one step further.