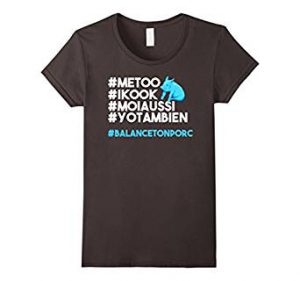 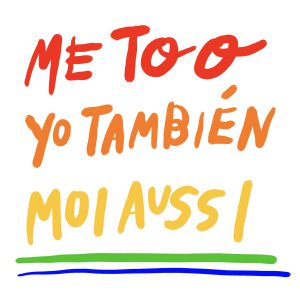 If you are reading this blog then you are probably on social media or at least a regular internet user. And if you have been online in the last week, you can’t have missed the #MeToo phenomenon: a sudden online storm of people sharing experiences of sexual harassment or assault.

The Harvey Weinstein scandal, and the not earth-shattering realisation that he is not the only man in the world to have acted inappropriately towards women from a position of power, appears to have given millions of women worldwide the confidence to speak up about their own experiences, many for the first time. Some have shared details, others simply stated that they have been affected by the issues of abuse, domination and power-play. All of them have used the hashtag #MeToo.

Except that’s not technically true. Anglophones have used the hashtag #MeToo. And Anglophones it turns out, are not everyone.

As a linguist interested in how language issues are played out in the digital space, I was interested to see how #MeToo jumped over linguistic divides to create solidarities amongst women (and men) who wouldn’t be able to converse with each other if they were in the same room.

I’m also interested in what relevance this has for my field of study, Communications for Development. What made this hashtag globally relevant? How has it made waves where planned campaigns have not?

Some non-English versions have been direct translations: #YoTambien in Spanish, #ятоже in Russian, #MoiAussi in French. But others have used a phrase which resonates with their audience: #QuellaVoltaChe in Italian mean ‘That time when…’ enabling women to recount stories of everyday harassment or #balancetonporc which, in French, literally means #tellonyourpork – a call to action for women to expose men who harass or harm women.

So far, my investigations had confirmed that #MeToo had broken out of the English-language bubble. But I was interested to know how much this hashtag had spread to countries outside of the ‘global north’. So I started googling #MeToo Kenya #MeToo Philippines #YoTambien Colombia and asking friends across the world on social media whether the movement had reached them yet. It turned out that 4 days since the initial tweet by Alyssa Milano, women and men in all those countries and more, had added their voices to the #MeToo movement.

In the Philippines, @iampomski tweeted: #MeToo I was molested when I was 7yo, and harassed 2x when I was 19, on a jeepney (an addict) & a perv on an fx on my way home from school.

In Iran, women have been taking to social media using a longer Farsi meme but inspired by #MeToo: 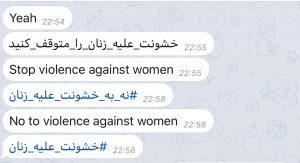 A woman in Colombia shared a snippet of her story online: #Metoo I kept quiet when men were going too far on the metro. Men joined the conversation too. @UnCaricaturista (16.5K followers) tweeted: With #Metoo, men should listen to women IN SILENCE, learn, and let them teach us. Full stop.

Friends on my facebook feed also confirmed use of the hashtag in China, Egypt, Germany, Indonesia and Sweden. There was even a Welsh version: #fihefyd! However the hashtag wasn’t always translated in all contexts, sometimes people just used #MeToo in the original English version and wrote their comments in a national or local language.

NGOs also took the opportunity to promote work they do in the area of gender and sexual violence. Action Aid highlighted a classic Media for Development project: a radio show hosted a 23 year old Liberian woman called Jimisha Dahn where she campaigns against harrassment.

“We want to break the silence around sexual violence, harassment and rape. If we don’t talk about things it means that the men who carry out these acts don’t have to take responsibility for what they do,” she says.

It seems that #MeToo has truly gone viral. It has crossed cultural, linguistic, gender, social divides in a matter of days. The best advertising companies in the world could never dream of such reach. The most experience specialist in Behaviour Change communication couldn’t plan to enable people to break taboos and break the silence on this scale.

So why has #MeToo been able to open up a conversation about gender which millions of pounds of aid money has not?

For what it’s worth, I have a few thoughts:

#simple The simplicity of the hashtag itself made it easy to understand, easy to translate and easy to adapt to the context.

#commonexperience It tapped into what is sadly a common experience for many many women across the world. Whether victims of cat-calling on the street or the violence of war-time rape, women face distinct challenges based on their gender.

#ripeforconversation The momentum on this hashtag did not come from nowhere. Much work has been done by activists, locally and globally, to work for gender equality/gender justice in the post-war period. This topic was already on a lot of people’s minds and the hashtag was a catalyst for sharing these thoughts with others.

#MeToo has been unexpected and unprecedented but will it create lasting change? We will have to wait and see but one thing is for sure, though the hashtag may fade, it has exposed the very real fact that one thing which has not faded is the reality of the endemic sexual harassment and abuse faced by women across the world. It will take more than a social media moment to see an end to that. But at least it’s a start.

Why has #MeToo been embraced by a global audience? Your thoughts will be most welcome in the comments section.

And special thanks to my facebook friends for crowd-sourced information!