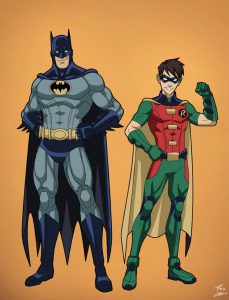 In my last blog post I discussed the images portrayed by media on “victims and heroes”. In this blog post I’m interested in the role of the aid workers also known as the “heroes”. Who does Batman and Robin represent?

Batman and Robin are known superhero figures, Batman has the leading role and Robin’s role is more of supporting Batman in areas where he might lack. Heroes in this sense are divided in two roles, on represented by the Western world and one represented by the local staff.

Not so long ago, The Guardian published an interesting article discussing the views from a local aid worker. The local aid worker shared his experience in working in the shadow of the expats, the feeling of being less valued than the expats, as well as being paid less for performing the same amount of work. (Take a couple minutes to read the article, it will be worth your time) 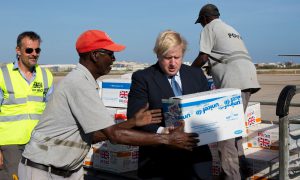 “Working with expats is okay, I guess, but it’s not all it’s hyped up to be. I am from a country in south-east Asia where, to put it bluntly, we value expats – especially those with hazel eyes and blonde hair – more than we value ourselves. It is considered an honour to work alongside expats – and something to show off to the Facebook friends. It is meant to be a sign of success.” The Guardian

The idea of Western expats being more experienced and hardworking than the local creates a misconception. It is rare to see images of a local aid worker helping the ones in need. Rather the local staff seems to have a supporting role, such as Robin has to Batman.

Neuman argues that heroising of aid workers brings up an issue, where an aid worker is portrayed as more better and more worthy than the rest of human race. However, Neuman study highlights the Western aid worker, and not so much the local staff. As if the the western aid workers are the ones that are doing all the “hard work”.

“People from my country hold westerners up on a pedestal, assuming they are more disciplined and hardworking. My experience suggests otherwise; we should not assume someone’s professionalism based on his or her nationality.” The Guardian

Yet, work being performed by Westerns is the only work being documented and published in media. In a report conducted by Roanne van Voorst and Dorothea Hilhorst, they argued that there is a gap between the Western aid workers and local staff. The gap they are referring to in their report highlights their experiences and ownership of the different projects being performed. Although the Western aid workers thinks that the local staff should manage and run their own projects on field, the local staff are often limited to being subcontracted by the large aid agencies. This, according to Voorst and Hilhorst is due to the large funding going towards the western aid agencies compared to the local ones. Therefore, the local staff, despite their professional background and expertise, are bound to acting as the Western aid worker’s Robin.

Thus, communicating the different roles through media becomes problematic. If the local staff are limited to playing the supporting role then that means the role of Batman is already preconditioned.

Or what do you think? Is Robin ever going to replace Batman? Or are the roles of Batman and Robin preconditioned in the humanitarian aid work field?