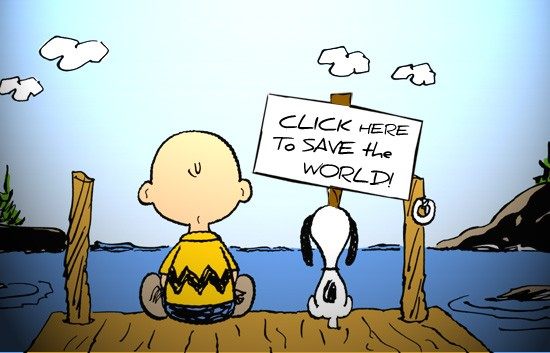 Welcome to our blog! We hope you will stay a while and that you will come back soon:)

We are four students from the Communication for Development Master Program at Malmö University and this blog is part of a course called “New Media, ICT and Development”.As you can see this blog is called New Media Activism. Most of us probably have an idea of what new media activism, or digital activism, is. Some more, some less. Some of us might think of how social media played a part (big or small) in mobilizing, or, as Paolo Gerbaodo puts it in his book Tweets and the Streets: Social Media and Contemporary Activism, to “choreograph collective action” during the Arab Spring in the early 2010s (Read his blog here).

Others may think of the constant flow of requests on Facebook to sign petitions for one cause or the other, be it a protest against building a mosque in a small town in Sweden, or an international appeal asking the US president not to leave the Paris Climate Accord.

What kind of real impact digital activism has on social change in the end is highly debated and new words to express the criticism, like slacktivism, have seen the light of day as the process of digitalisation continues. During the following six weeks, we will introduce and critically discuss a number of concrete examples of contemporary new media activist initiatives that in one way or the other are connected to development issues, such as inequality, social justice, globalization, climate change, migration, human rights, gender equality etcetera. As we all have different experiences, professional and cultural backgrounds and interests you will hopefully get to see a variety of examples from different angles and perspectives.

But first, let us start with a short explanation of what we mean when we say “New Media”, “Activism” and “Development”, with the help of a couple of scholars who have spent some time thinking about it.

What is “new” in new media?

When comparing new media to mass media, Leah A. Lievrouw identifies four features that stand out as different, or “new”. The first is about how new media constantly changes by combining existing, older systems with innovations, recombining technologies. Secondly it has a networked architecture, rather than sender-receiver system. It does not only connect one location, document or resource to another online, but opens up for complex linking where users easily may move among sites, resources and people. The third difference is the sense of so called “ubiquity” – the feeling that new media is present everywhere, all the time, affecting everyone in societies where they are used. This “feeling” can of course be questioned, not least with regards to the debate about the “digital divide”. Not everyone in the world has access to new media or the knowledge/literacy to use it. The forth and final factor is about how new media is interactive and how that provides conditions for participation, which is an essential element of activist new media.

And what is new media activism?

Lievrouw proposes the following definition: “…alternative/activist new media employ or modify the communication artifacts, practices, and social arrangements of new information and communication technologies to challenge or alter dominant, expected, or accepted ways of doing society, culture, and politics.” (Lievrouw 2011:19) This way activist new media projects do not only reflect or critique mainstream media and culture, they constitute and intervene in them.

This definition of new media activism brings us back to development, yet another word that encompasses so many meanings to each one of us. In an attempt to define the word, Jan Nederveen Pieterse, says development is “the organized intervention in collective affairs according to a standard of improvement” (2010).

So, as we set off to share and discuss examples of New Media Activism, we take our starting point in these definitions. We would love for you to comment, to question us, to share your own experiences and thoughts of digital activism and what kind of impact it may have on development and social change. Are you a digital activist? In what way? And how do you know it contributes to positive change?

Image
Click here to save the world. Retrieved from https://techofcomm.wordpress.com/2015/11/04/click-here-to-save-the-world/

One thought on “New Media Activism – what are we talking about?”