New Media generates opportunities for people to share and exchange experiences, discuss ideas and opinions, learn languages etcetera in a new pace and through new tools. So what is the potential of this new media when used for development and social change? 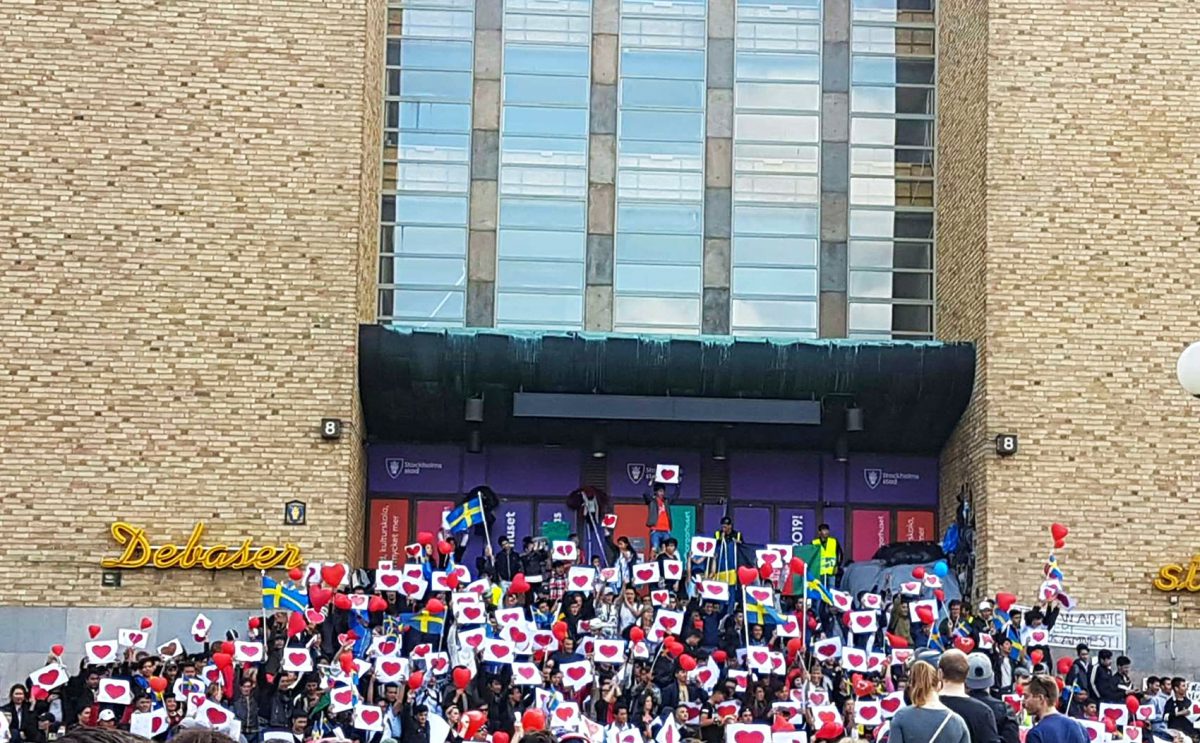 As we have mentioned in the introduction post, many of us think of social media when we talk about new media activism, which is adequate as social media on a societal level creates exceptional opportunities for information flow, emotional expression, and social influence or advocacy (Lewis et al, 2014:1). For me, the deduction of this is solidarity.

A unity or agreement of feeling or action, especially among individuals with a  common interest; mutual support within a group.

In this context it is intriguing to see new media as a medium for solidarity and cooperative action and observe the creation of concepts like “new solidarity” (among others Chouliaraki and Blaagaard, 2014) to express the “new” kinds of solidarity the new media offers, more often to those distant from us.

One example of this is what Leah A. Lievrouw calls mediated mobilization. This addresses the use of “new media as the means to mobilize social movements – collective action in which people organize and work together as active participants in social change” across traditional boundaries and barriers of space, politics and identity (2011:149-159). Further Lievrouw claims that the internet is used to share information and solidarity (ibid:172) so there seems to be a clear connection between new media and solidarity.

However there are contrasting analysis appealing that social media has “conjured an illusion of activism rather than facilitating the real thing” which indicates a whole other side of the story (Lewis et al, 2014:1 Abstract). Lewis K, Gray K, and Meierhenrich J investigates in their paper the Cause “Save Darfur” on Facebook initiated in 2007, a movement that spurred out from the conflict in Darfur. The “Save Darfur” Cause had more than 1 million followers and were so one of the largest Causes on Facebook. However, according to the analysis the work was mainly done by a few number of “hyperactivists” and bearing in mind the severance and urgency of the issue (genocide) and the extraordinary size of the movement, the influence and activism coming out from the members were extremely modest (ibid:2-4). But is this presentative for solidarity and new media? I would argue that there are examples of the contrary that can bring us hope and we can learn from for the future.

Vi står inte ut (VSIU) (translation “We Can Not Stand It”) is a Swedish social movement created in the end of 2015 when more and more refugees were seeking shelter and a new home in Sweden. Two of the founders decided to create a group on Facebook for a hundred of people to share experiences and advices in their work for the non-accompanied youths’ rights and as a response to what they considered a non-human migration policy by the Swedish government. This Facebook group grew faster than they imagined and in one month they were thousands. The Facebook group has today more than 61 000 likes.

Nevertheless their base is the 8500 social workers, lawyers, health staff, psychologists, volunteers and anyone coming in contact with these young refugees, organized through different closed Facebook groups. Their aim is amnesty for all the non-accompanied young refugees being in Sweden for more than one year and they have coordinated campaigns and advocacy actions through Facebook, Twitter and other social media in combination with more traditional media like newspaper and radio. Today there are changes to be seen in the migration policy that VSIU have advocated for over a long time as results of collaborative activities and actions in cooperation with other actors in the field.

However the results of this movement are not what astonishes me, but rather how it works as a support for the members in difficult situations, and for what it seems they succeed to grow in numbers, intensity and impact. Thanks to this emotional and legal support its members keep finding strength and inspiration to keep fighting together with the non-accompanied youths that so often is left without voice in the debates. New media has for VSIU enabled a platform to create precisely what new media is about – something NEW full with solidarity, empathy and actually love. Members posting for support or advice in the groups can usually receive a hundred comments in less than a day and the comments are both constructive and emotional like “keep fighting you are a hero” or “totally feel with you”.  There are even members who express that without the movement they would not have had the strenght to keep fighting due to the opposition they face (racism) in the name of the non-accompanied young refugees. However the question is still out there; What is it that makes people transform their collective concerns on social change and development into collective action?

9 thoughts on “Is new media activism an illusion of new solidarity?”