I consider New Media to mainly be about connection and connecting people and information, but lately I have thought about the circumstances and felt the need to investigate how it allows us or not as activist to work collectively and with courage. 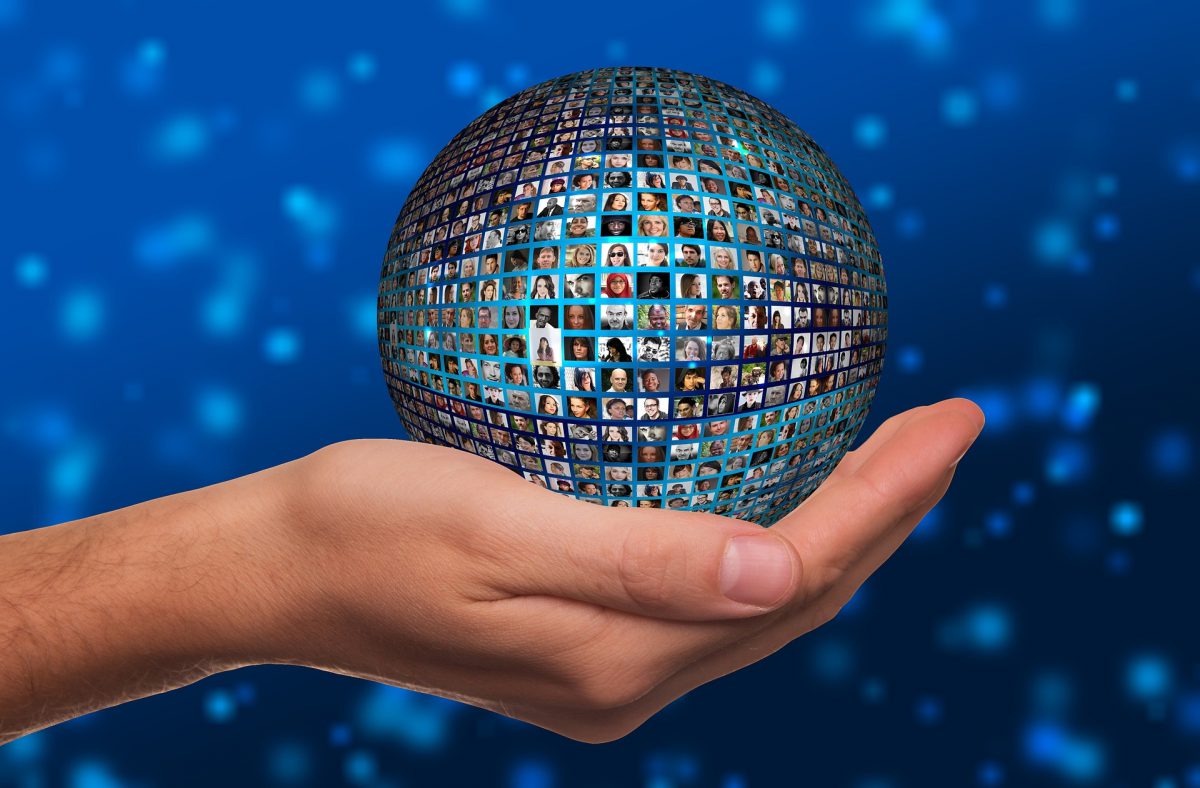 As a student I’m always interested in interdisciplinary investigations and my favourite discipline to involve in my communication studies is sociology. This connection between new media and sociology might not seem obvious at first glance, but during this research I have found more and more academic and journalistic writing on how we engage as humans through social media, both as individuals and in collective.
Brené Brown is a long time researcher on shame and vulnerability and has published several papers and books and her TedTalks are some of the most watched. One of her conclusions is that all human beings aim for belonging and connection based on the logic that “We are hardwired to connect with others, it’s what gives purpose and meaning to our lives, and without it there is suffering” (Brown, 2012). But what does it mean to feel belonging and connection and how does this impregnate our online dialogue and behaviour as activists?

New media is unpredictable and diverse

Brown points out that one crucial part to feel connection is to be able to engage in our lives wholehearted. This got me thinking about new media and if it does facilitate intimacy and authenticity, or rather surface and publicity. However I think there is not a simple answer to this, both because of the variety of media but mainly because it all depends on the intention and the goal of the use of this information and communication technologies (ICT’s). Additionally, Shirky explains that the use of media tools like social media and e-mails etcetera do “not have a single preordained outcome”.

Therefore, attempts to outline their effects on political action are too often reduced to dueling anecdotes.” Moreover Shirky discusses how social media, although its character of being immediate and accessible, is more of a long term tool that can strengthen civil society and the public sphere whose potential to create social change should be “measured in years and decades rather than weeks or months” (Shirky, 2011).

Techno-sociologist Zeynep Tufekci complements this view by emphasizing that the hard part is not to mobilize a social movement online but to sustain it and reach long term results and impact. “As digital technology makes things easier for movements, why haven’t successful outcomes become more likely as well?” is the question she puts out. One of her answers is that todays’ movements does not enough appreciate the hard work on the way to the great results. She compares it to climbing Mount Everest with the help of 60 Sherpas, and the Internet is our Sherpa. So we take the fast route but miss out on the collective work. Her conclusion is that many movements today oversees the value and magic of working and thinking together collectively to create strong connections with strong collective aims ready to work hard and long for big results.

Wael Ghonim who in 2011 with the help of Facebook sparked the Egyptian revolution emphasizes after his experience that Internet was only a tool for mobilising the protesters and as the days went by of the protest, the Internet actually became less and less important as people then was informed and exposed to what was happening already.

He wants to point out that through Facebook and Twitter we spread and receive information, but the conversations and real dialogue where people interact behind tweets of 140 characters (or maybe soon to be 280 characters) are not favoured in these social media. One of the lessons Ghonim mentions from the events in 2011 is that social media, as designed today, favours broadcasting over engagement, posts over discussions, and shallow comments over deep conversations. He means that this is an obstacle in the long-term organisation as it does not emphasize the collective but the individual.

However, one example that might be different is Affinity.works, a newly launched software made to facilitate the organization of social movements online, but also in real life. They work in association with other similar sites like Action Network.Vevertheless they have added a toolset to create stronger connection within the movements where everyone can be equally involved and responsible. MOreover its is a opportunity to get to know each other and their skills and capacities. “Organize activist networks”, “create free-form networks”, “event attendance tracking”, and “learn about your activists” are just a few of the functions of the software.

The founder of Affinity.works is one of the co-creators of Twitter, Evan Henshaw-Platch. As a tech activist he wants to promote social justice and “empower civil society to influence politics through the use of software”. He explains how he was disappointed in the impact of Twitter as world-changing so he sold his share of it and is now looking for new ways and tools to support activist groups in their work for political and social change.

However initiatives like Affinity.works could be part of a shifting focus for digital activism more associated to Brown’s words on human connection. Could Affinity.works be a platform where activists can engage with each other on a new and deeper level although it stays global and online? Looking at the examples and lessons from Ghonim and Tufekci there seem to be a need for change to make new media live up to its potential as powerful and influential in social change.

To conclude, if we agree with Shirky, that “Access to information is far less important, politically, than access to conversation”, than we need to develop “new” new media tools more focused on belonging and conversation so people stick around to see the big results and can dare greatly in their activism.