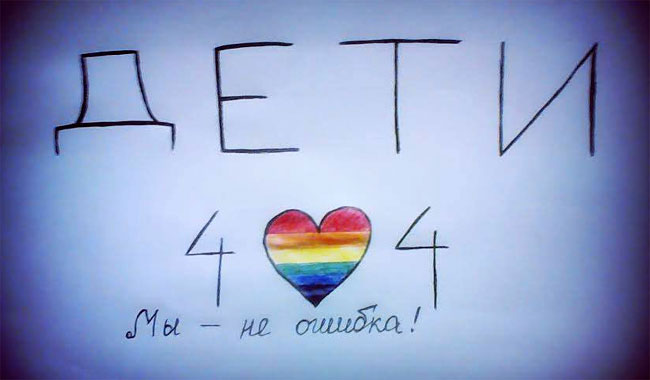 The cleansing of virtual spaces of LGBT-themed content and legal constraints on non-heterosexual people to be visible in public space pose a real challenge to Russian LGBT advocates to combat anti-gay sentiments.

To gain first-hand knowledge about the daily work and difficulties of LGBT activists in Russia, I chose to interview Yelena Klimova, a journalist and founder of an online forum for LGBT teens Children-404 (Дети-404) operating on Facebook and  a Russian-based social network VK. She explains the essence of the campaign: ‘Our society believes that gay teenagers do not exist in nature, as if gay, lesbian, bisexual and transgender people arrive from Mars as adults … Stop, people! Hear them! These are your children. Who knows: Maybe you’ll see the letter of your own child here?’

The widespread use of social networking sites has generated new opportunities and  challenges for LGBT teens to manage their sexual identity online.

On one hand, they provide connections to our family members, friends and other like-minded people, and are used to find and share resources.  Individuals can compensate the lack of real relationships and, most importantly, seek for relevant information and social support. ‘These support-oriented functions’, as McConnell et al. affirm, are ‘especially important in adolescence and young adulthood, as they play an important role in identity development and coming out processes’ (2017, p. 238).

Letters from adolescents posted on the official wall of Children-404, more often than not,reflect a high degree of isolation, constant bullying, living with deep depression and insistent fear of being discovered.‘I’m ashamed of who I am. My parents are against LGBT. I can’t accept myself…I often cry and cut my veins, I don’t want to live’, writes a young girl in love with another girl. A transgender boy confesses:‘I’m at peace with myself but I can’t stand my body. I don’t know how to come out [to my mom]…When I start talking about LGBT people, she shows strong homophobic feelings, while my older brother threatens to kick me out of the house’.

In this hostile environment, the online support group has proved to be a safe space where LGBT youth find attention and solace. In parallel with the public group pages on social networks that periodically upload teen’s letters and other material to the interest of followers, the project runs a private/closed group to provide psychological assistance to depressed and confused adolescents. Up to date, the project has more than 9 thousand followers on Facebook and 77 thousand on VK’s social platform.

The following interview was conducted by email. The answers were originally written in Russian. All images in this post are courtesy of Children-404 and have been retrieved from its official page on Facebook.

Q.  My first question is really obvious. Why did you decide to implement your project Children-404 online?   Was it because the internet provides a greater, faster and anonymous access to the youth or were there any other reasons?

A. Because it was the best option. We are an online support group that brings together thousands of committed people, who help and counsel teenagers who write to us. It is possible to create a similar support group in real life, but it would attract only few people. It also implies various problems that we are not ready to cope with. The main reason is, of course, the effectiveness: everyday 8-10 thousand people visit our website and leave 80-100 supportive comments. Due to the extent, it is physically impossible to implement our project offline, and there is no reason in doing so. 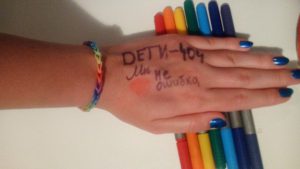 Q. Do you carry out activities offline as well? How do you combine these two methods?  Which seems to be more effective?

A. We work only online. You can follow our latest updates at https://vk.com/deti404_c. Well, the only so called offline action related to our project was the publication of a book “Page found” dedicated to LGBT teens and their parents. 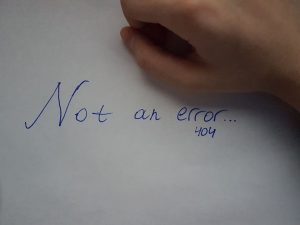 Q. Unfortunately, Russia has failed in guaranteeing the legal protection of LGBT people and new measures are being implemented to deny and restrict the information regarding sexual minorities. Your project continuously suffers the effects of censorship. What are the main challenges that impede the successful development of your work? And what about security issues? Is the internet space secure enough to protect young people? I confess I’m happy to see so many teenagers supporting your cause on social networks without being afraid of exposing their identity. How do you usually deal with threats and hate speech online?

A. The main obstacles to our work are: persistent problems with law enforcement officials and the Roskomnadzor  [the Federal Service for Supervision of Communications, Information Technology and Mass Media or put it simply, Russia’s media watchdog]. Russian courts have blocked several times our group’s website on social media network VK. We appealed against the decision before the court but still haven’t obtained any results.

How do we address threats? We simply ignore them. 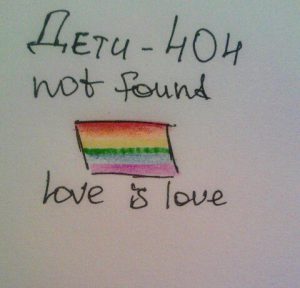 Q. In academia, the impact of social media has been intensively debated: while some scholars claim that technological progress can increase our well-being, others argue that clicking excuse us from actively engaging in more productive ways to support a cause. Do you notice the real impact of your project? Do the teens play an active role in supporting your activities? Do they volunteer or contribute in different forms besides liking and sharing your posts on social networks?

A. We do only online work and do not denigrate the value of likes, shares and comments. Perhaps in academic circles they mean nothing, but for an individual in Russia to like a LGBT teenager’s letter means publicly show his or her support for the LGBT community and, in turn, this is risky. There are some haters who monitor profiles of all commentators and sent their friends messages with a text: “Look, s/he supports fags”. In this context, likes and reposts cannot be regarded negatively, on the contrast, they require to show great courage.

We really appreciate everyone that leaves comments on our website. We, administrators, do not try to make influence on our followers: they visit our site and decide to help. 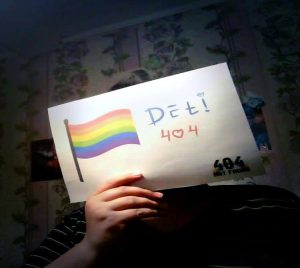 Q. What, in your opinion, is essential for a nongovernmental organisation to produce a real change? What is the role of different media? What behaviour you would expect from the followers? Do you think that likes can attract new people or educate about human rights and tolerance?

A. It’s a complicated question. We operate on a peer-to-peer principle. We do not attempt to influence legislative authorities, this is unrealistic.  It is no doubt that media play an enormous role in shaping public opinion. Russian media, at the moment, apply a rule: “Say either bad or nothing about LGBT”. This has been acknowledged by journalists working in mass media. Due to this situation, it is really difficult to influence public opinion. For this reason, we decided to set a more realistic goal: to work with the most vulnerable part of the LGBT community,  that is, teens. 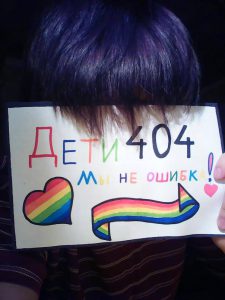 What can we learn from this brief interview? First of all, we must acknowledge the burning desire of Russian LGBT adolescents to be heard: written messages and selfies are their only weapons to fight the state-driven policy of silence and negation of human rights to LGBT individuals.

If, to paraphrase a popular Soviet saying, there are no gays in Russia, the LGBT community needs to gain visibility in popular opinion and modern information and communication technologies notably facilitate the task.

Finally, one need to be cautious in labeling all forms of online activism as clicktivism. An online activist is not always a fancy hipster adding a rainbow effect to her profile picture or signing an online petition on her super tiny MacBook while having a frappuccino at Starbucks. As Klimova affirms, in Russia, even to click a like button requieres strong personal commitment and courage to openly simpathize with the ‘gay cause’. The followers, be they LGBT or heterosexuals, face real risks of being accused of non-traditional sexual orientation and supporting ‘deviant people’. This may imply very serious consequences for individuals in different surroundings (in family, at school or work). In this sense, the project Children-404 and the people behind it are making enormous efforts to make LGBT teens heard and visible.

2 thoughts on “Children-404: The (in)visible pride of Russian LGBT teens”