Kyrgyz women face numerous obstacles in achieving equal rights with men. Non-consensual bride kidnapping and domestic violence are the most serious social problems. I introduce a few brave initiatives that pretend to releave women and girls from the weight of the past. 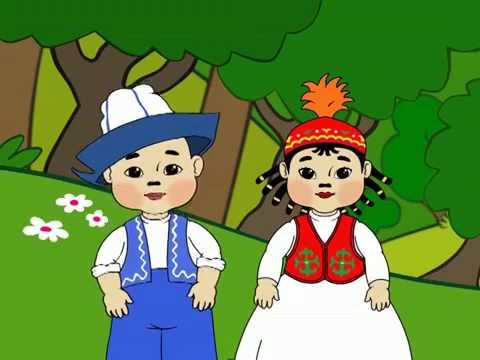 A couple of years ago I volunteered in a small village in Kyrgyzstan where I witnessed at first hand a myriad of discriminatory practices based on gender. One girl was abducted and forced into a marriage against her will since her parents did not want her to bring dishonour to the family. As a general rule, girls performed numerous household chores such as cooking, cleaning, caring for their younger siblings or milking animals. At the end of the day they fell completely exhausted. In addition to this, they needed to observe strict moral and social norms related to their sexuality, body language and gender roles. As an outsider, I could enjoy a privileged position in comparison to local women. Here, I would like to introduce a few feminist activists that seek to challenge  patriarchal attitudes about women. I would like to believe my post will make a modest contribution towards raising consciousness about the need of guaranteeing equal opportunities for girls and women.

What can girls do?

New media technologies create space for solidarity, political agency and dialogue. Being the largest consumer of new media, youth are particularly eager to explore the possibilities of technology. Feminist scholars have acknowledged the role of girls as active political agents and media producers (Harris, 2008; Keller, 2012). ‘Young women’s styles of technology-enabled social and political engagement’, as affirmed by Harris, are worth our attention since they ‘represent new directions in activism, the construction of new participatory communities, and the development of new kinds of public selves’ (2008, p. 482).

The Girl Activists of Kyrgyzstan (hereafter abbreviated as the Girls) have  taken advantage of new media in an attempt to articulate a feminist discourse among adolescents.  The group of female teenagers was created in 2013 with the support of the Bishkek Feminist Initiative with the mission to advocate for ‘meaningful engagement of girls at various national and civil society platforms’. Furthermore, they actively engaged in the celebration of the International Day of the Girl Child via social media platforms. On the Facebook group page, the Girls invited their subscribers to take part in an online campaign ‘What do you know to do? What can you do?‘. Teens recorded and sent videos of themselves demonstrating their extraordinary skills in a wide range of activities, for instance, boxing or solving a Rubik’s cube in a minute.

With teenage voices often silenced and criticised of being “too young” or “inexpert”, the project attempted to hit two targets with one shot: to denounce ageism and gender stereotypes, and make girls’ innate talents and capacities visible to society.

Besides online actions, a substantial amount of work is carried offline: the group organizes workshops for teens residing in villages to teach them the fundamentals of ICT. Participants learn how to shoot a video, record an audio, create a personal blog on WordPress, use various applications on mobile phones and share generated content on the internet.

From informal conversations with the activists I learnt that mobilizing rural girls can be frustrating since parents are reluctant to let their daughters participate in training sessions. Families consider workshops unnecessary or event harmful to girls (we should keep in mind that the word feminism is seen as a derogatory term), but in most cases the girls have no one to replace them in performing daily chores.

In one of the videos, we see a 14-years-old Elaiym citing the traditional epic poem Manas, which is an important element of Kyrgyz identity and unifying force of the nation. The girl, unfortunately, is not allowed to participate in the annual school competition of Manas narrators because her hair is…too short! To us it may sound as a surrealistic nightmare, but in some places a haircut alone is enough to prevent girls from competing on an equal basis with boys.

If you google ‘women’s rights in Kyrgyzstan’ you might be impressed by the number of sites addressing the issue of bride kidnapping. In a country where a third of all marriages are kidnaps and 32 women are abducted every day, victims are being failed by the Kyrgyz judicial system with only one of 1,500 cases ending with a sentence.

Although non-consensual bride abduction is often perceived as a long-standing Kyrgyz tradition, scholars point to the gendered character of the practice which intersects with cultural constructions of ethnicity, patriarchal authority and notions of feminity/masculinity (Borbieva, 2012; Kleinbach and Babaiarova, 2013).

Young rural women are particularly vulnerable to be forced into a marriage. According to the estimates of the League of Protectors of Children’s Rights, more than 6, 000 girls under the age of 15 have been kidnapped or obliged to marry against their will since the country’s  independence in 1991. Numerous public education campaigns have been launched by Kyrgyz activists to denounce the perpetuation of the practice and offer support for its victims.

One of the first initiatives was created in 2015 by the foundation Open Line aimed at combating domestic violence and fighting bride kidnapping. It combined audio visual strategies with helpful textual information. A great variety of materials, addressed to women, their relatives and public authorities, sought to encourage the victims to identify and report abuses as well as provide them with directions and phone numbers of the nearest shelter or crisis centre. The diffusion of the project encompassed different media venues: radio stations, national TV channels, social media and the press.

One of the campaign’s videos The Parental Example

A recent series of cartoons ‘Once I was kidnapped’ realised between 2016-2017 by Tatyana Zelenskaya and based on real stories, depicts five different girls who were abducted. The cartoons are available online and are also used as a teaching material at local schools. In an interview with the animator, she explained her initial idea was  to find an answer to to the question what made the girls to stay at their abductor’s. I think, Zelenskaya managed to reveal one important aspect of bride kidnapping:

girls who reject marrying to their abductor usually can rely on the support of their parents. However, many families refuse to accept their daughters since the escape might damage the family honour.

Where are the men?

Advocating for gender equality is not an exclusive task of women. Daniar Aitman was probably the first Kyrgyz man to share his solidarity with his female compatriots on social media.

Aitman’s post on bride kidnapping starts with the sentence: ‘It sounds terrible but I am happy I was born a man. In Kyrgyzstan, a woman is cheaper than an animal’.

Aitman confesses he is suprised by the turmoil around his messages. Female readers praise him saying he is their idol and a perfect partner. Men, on the contrary, accuse Aitman of being a ‘feminist’ and ‘henpecked husband’.

Aitman is no slouch when it comes to defining women’s rights:

‘This stormy reaction shows that we live in wild country. What unusual did I write? I just wrote that women should not be stolen, raped nor enslaved- these principles are respected in every  civilized country.’

I am more than convinced this affirmation sounds very familiar to you and has become almost a cliche. Accusing feminist activists and supporters of introducing Western ideas or eliminating national values and customs is a common practice in Kyrgyzstan. The defenders of so-called traditional values frequently resort to physical attacks and online harassment as law enforcement authorities turn a blind eye on similar incidents.

Internet provides anonymity for perpetrators and a wide spectrum of techniques to spread their hate messages. While for many digital technologies  constitute a tool of self-expression, questioning stereotypes and educating about gender equality, others intend to cause harm (Unwin, 2017). The dark side of new media technologies in relation to gender has already been widely discussed in this blog. You can access previous posts here and here.

If Kyrgyzstan presumes to be the only democratic country in authoritarian Central Asia, why do Kyrgyz women are still not guaranteed equal status and legal protection?

Share your thoughts on how Kyrgyz activists can use ICT tools to end discrimination and put more pressure on their political authorities to implement effective gender equality legislation.

8 thoughts on “Feminist voices from Kyrgyzstan”