The Web was invented so physicists could share research papers. Web 2.0 was invented so we could share cute pictures of our cats. The tools of Web 2.0, while designed for mundane uses, can be extremely powerful in the hands of digital activists, especially those in environments where free speech is limited.

In a society obsessed with the social consciousness and moral fibre of today’s youth (see Hooghe & Stolle, 2004), internet memes are generally assumed to be meaningless displays of popular culture. Indeed for the average observer, it can difficult to grasp how popular memes like Nyan Cat, Doge, or Evil Kermit might contribute to the greater good.

However, when we consider Limor Shifman’s definition of internet memes as “socially constructed public discourses in which different memetic variants represent diverse voices and perspectives” (2014, p.8), it soon becomes clear that memes can be powerful tools for understanding general social mindsets. For example, a quick glance at the popular online image sharing website Imgur will demonstrate that as a society, we generally really like cats.

The same logic applies to memes that are framed in politics. When internet users create or consume political memes, they engage in “a normative debate about how the world should [and shouldn’t] look and the best way to get there” (ibid, p.120).

But while it’s obviously great to see young people engage in political debate via internet memes, is this behaviour merely a form of ‘Slacktivism’ – that is, a relatively costless, token display of support that satisfies one’s moral and psychological need for engagement, thereby inhibiting meaningful offline action?

While online sharing is often regarded as low-cost participation, Lane and Dal Cin quite rightly point out that “sharing social and political views online is in fact a highly delicate matter” (2017, p.4). In an increasingly connected world where our personal lives are under constant scrutiny, the decision to share political content is often accompanied by concerns around self-presentation, privacy and surveillance.

That said, because of their somewhat impersonal and detached nature, online environments can also provide less socially threatening contexts for expressing political views (Ho & McLeod, 2008, cited in Lane & Dal Cin, 2017, p.4). Further, the reliance on humour and popular culture in political memes serves as a common ground for discussing social and political issues. 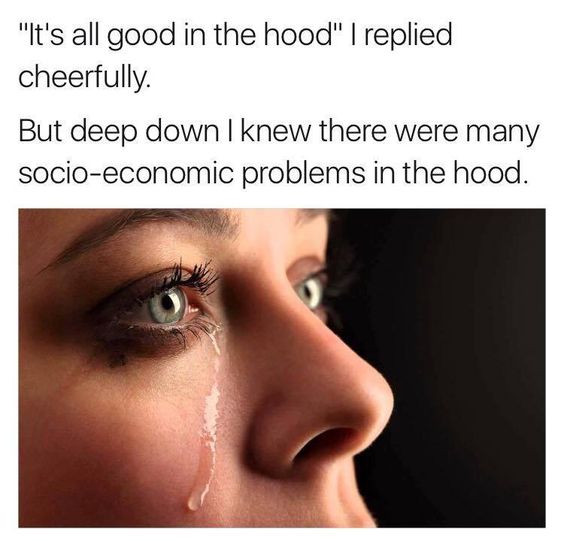 Internet memes therefore expand the range of participatory options in democracies by providing new, playful and accessible ways to express political opinion and engage in debate (Shifman, 2014, p. 144). And importantly, if publicly sharing a social cause video can increase one’s willingness to engage in offline action (as Lane and Dal Cin found), can we assume a similar outcome from sharing political memes?

In the absence of detailed research into the offline behavioural effects of sharing political memes, at best we can assume that their consumption leads to some sort of positive offline behaviour. Nonetheless, current research suggests that internet memes play an important role in political expression and citizen empowerment. They’re also pretty funny – and in a world of Brexit and Trump, I think we could all use a bit of humour from time to time.