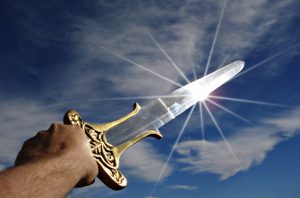 In the first week of September 2017, it was reported by an online news medium Sahara Reporter (2017/09/06) that the government of Togo had shut down the internet access in the West African country. Activists had been calling out the people in protest to clamour for the resignation of the government whose leader had been ruling the country for more than a decade. The government had responded with an action to prevent news of the protest from reaching out thus reverting back to the method employed in the era when the public square was dominated by print and broadcast mass media that could be centrally cut off ones and for all. Considering that Attention is the Oxygen of protest movements (Tufekci 2017:30), the government of Togo was therefore ill advised. This is because it is not information per se that is crucial resource for this protest but rather attention is what is being sought by the activists, and suddenly the protest had a good dose of it through the government action as shown in the video below.

However  there is no reason to believe that the advantages of digital technology are like Thor’s hammer, which only the pure of heart can pick up and use only for a single purpose, digital media are tools in the hand of their users be it governments or activists and can be deployed to fulfil different purposes that serve the interests of the different users. In the instance narrated above, The Togolese government like other Powerful actors and gate keeping institutions had and were in the era before the internet and new media fund of censoring news and information contents that they find unpleasant. Censorship is often carried out in the form of the blockage of information from getting out, however that is an outdated conception in an era where there is as many cell phone subscriptions on the planet as there are people. An effective censorship in the digital era that we are would require a reframing of the goals of censorship not as a total denial of access; though difficult to accomplish, but as a denial of Attention, Focus and Credibility. As such, in a networked public square, the goal of the powerful is not to convince the people of the truth of a narrative or blocking of information (though hard to do nowadays), but to produce resignation, cynicism, and a sense of disempowerment among the people (Tufekci 2017:228). This is possible in many ways that includes overwhelming audiences with information, producing distractions to dilute their attention and focus, and delegitimising media outlets that are producing accurate information, and also deliberately sowing confusion, fear and doubt.

As was mentioned in my last post on this blog regarding how positive and novel Digital new media have made communication to become in today’s world, unlike previous era when censorship of news or bias in the reports of mainstream media would engendered not more than soul feelings from the people the next day, in today’s world, such news would be barraged by different eye witness accounts through the new media. People had learned to pull out their phones, not just to see what was up, but also to document and share. The public square today has thus been transformed to a digitally networked one. Digital new media tools have thus made it easier to express aloud alternative opinion different from the positions of powerful actors as government; thereby making it easy to galvanize the people in a much more horizontal and egalitarian manner. Like powerful actors who have always had the capacity and means to communicate in real time, protesters also can now do the same. They can now have a bird’s eye capacity since almost every protester has a phone that can relay and collect location information. Using social media and digital tools, protesters can be galvanized on a large scale on the fly, while relying on a small number of people to carry out work that previously required much infrastructure and many people (Tufekci 2017:50).

The Togolese government might have used its power to censor and shut-down the internet and prevent information regarding the protest from reaching large number of people, what the protesters needed was a line to reach outside online news medium such as Sahara Reporters for a rebroadcast of events and before you know it, the information was out there for the whole world to read which was how the author got to know about it in the first place.