Even though algorithm, coding, Big Data is becoming part of our daily life; these technical terms remain complicated for us, common mortals. What is Big Data for instance?

In his book “Big Data Demystified: How Big Data Is Changing The Way We Live, Love And Learn,” David Feinleib defines it as the ability to capture, store, and analyze vast amounts of human and machine data, and then make predictions from it.

Big Data is used for various purposes, for example, to understand online consumers’ behaviour and orient advertisements to their specific needs, and is the base of the predictive power of search engines. It is transforming the nature of business and profits worldwide and is gaining in importance in the development sector. 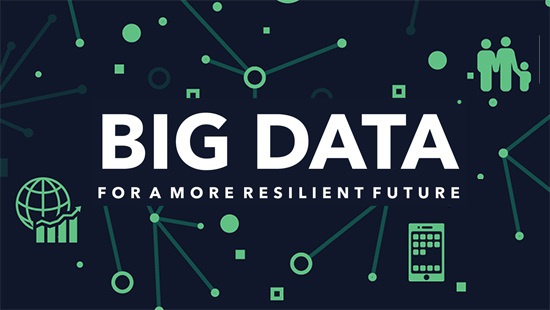 In any case, Big Data could be used either positively or negatively. On one hand, it increases the ability of governments to synthesis data, including a personal one. While many stress the importance of such techniques in areas such as national security, there is also a potential for governments to discriminate against opposition parties or even minority groups.

On the other hand, the most potential application of Big Data from a development perspective is through early warning systems on the synthesis and analysis of diverse sources of data. Big Data technologies can play a role in monitoring hazards, determining the exposure of human societies to disaster risk, tracking impacts of disasters and monitoring recovery efforts, mitigating vulnerabilities; and strengthening the resilience of communities.

The global pulse project of the United Nations relies on Big Data to understand the effects of storms after they hit. According to the project’s website, digital data offers the opportunity to gain a better understanding of changes in human well-being, and to get real-time feedback on how well policy responses are working. The UN Refugee Agency (UNHCR) also relies on Big Data to determine the route of rescue ships in the central Mediterranean region. This provides additional insights into the movement of displaced populations from Libya to Europe and consequently increases chances to save illegal migrants. It is important to remind that, according to the IOM; at least 22,500 migrants have died or gone missing around the world since 2014; a figure far from representing the reality.

Besides of that, Big Data is also useful to larger audiences when freely accessible. This is known as the “Open Data.” According to the website opendefinition.org, Open Data is “data that can be freely used, re-used and redistributed by anyone – subject only, at most, to the requirement to attribute and sharelike.”

Accessible Big Data creates for instance new opportunities to increase the mutual level of information between governments and citizens. This opening will make it possible to establish relationships between cities, companies and citizens around data by encouraging transparency, the development of new applications, and individual participation in data enrichment.

Such use of Big Data also repositions the citizen at the centre of informal monitoring of government activities and elected representatives in the parliament. In this sense, the Tunisian NGO Al Bawsala (The compass) monitors the activities of the parliament and municipalities; it aims to keep citizens informed of the laws voted in the parliament and contributes to the establishment of good governance practices and political ethics.

Furthermore, the Open Data website of the World Bank or knoema.com provides large data sets about agriculture & rural development, education or gender. Although the data is not always up-to-date and not available for all countries, sharing and opening up data means making essential data available online so that it can enhance many decision-makers’ analysis. It also means making it possible for people to save time, or for them to make more informed decisions in all sorts of sectors.

According to Martine Durand, OECD’s Chief Statistician, it is possible to overcome this problem and collect for example data on land clearance or desertification – as it falls under the UN environmental Sustainable Development Goal (SDG) – by relying on sophisticated numerical analysis of satellite imagery, or ‘geospatial’ data instead of collecting data at a country level.

By contrast, a survey conducted in June 2017 to assess the views of OECD’s Development Assistance Committee (DAC) members priorities on data for development, 50% of the 30 DAC members feel that more and better data is a priority for achieving the SDGs. However, despite the momentum around the SDGs and the data revolution, donors are failing to invest and co-ordinate – probably because of the high pressure at home to show short-term development results that often leads them to collect their own data. Concretely, the latest official data show that between 2013-2015, DAC members’ aid for statistics has, at best, leveled off at about USD 250 million – a mere 0.25% of official development assistance in 2014.

The growing production of data, generated by the development of information and communication technologies (ICTs), presents some risks related to tracking and privacy, but eases access to information for large audiences and may improve the efficiency of development projects as well as the relation between governments and citizens.

Nonetheless, even though development organizations realize the importance of big data the opportunities it offers to reach SGDs, the aid for statistics remains far from the USD 2.8 to 3 billion needed to be invested annually in order for developing countries to meet SDG data demands, as estimated by the State of Development Data Funding in its 2016 report.

This entry was posted on Thursday, September 21st, 2017 at 4:19 pm and is filed under blog. You can follow any comments to this entry through the RSS 2.0 feed. Both comments and pings are currently closed.