I will, as promised, dedicate this post to some positive examples of when data has enhanced human rights and global development.

One example, which is commonly mentioned in discussions like these, is big data in relation to the right to health. The right to health is rather broad and, as stated in the International Covenant on Economic, Social and Cultural Rights, includes medical access, equal care, the right to prevention, treatment and control of diseases, and broader development areas such as the right to water and food.

An explicit positive example of how big data enhances the right to health is, as pointed out by Spratt & Baker (2015:13), the so-called remote patient monitoring (RPM). In developing countries, where the lack of access to doctors is often a fact, data can enable RPM as it allows medical staff to monitor and help those in need without actually being close-by. Instead, they can provide adequate health care through smart devices.

In addition, from a development perspective, there are according to Spratt & Baker (2015:22) strong indicators that the collection and analysis of big data from different sources could, in powerful systems, be used to warn people of issues such as natural or humanitarian disasters, famine, outbreaks of diseases, and other issues related to human security.

In my work, which relates a lot closer to the International Covenant on Civil and Political Rights, I have perceived big data usage as more tied to repression than to justice. But when looking closer at the positive examples of how big data can be used, I must admit that I am a bit amazed.

I recently came in contact with the term citizen-generated data – data in the hands of the people. According to the network CIVICUS, this is data that civil society actors collect or produce in order to “monitor, demand or drive change on issues that affect them”. An initiative which has been started by the network is called DataShift, which monitors the sustainable development goals and increases government accountability so that the voices of the people can influence national and global policy in order for the most marginalised people to be heard by the most powerful.

When data ends up in the hands of the people who want to bring about change, I can truly see how also civil and political rights can gain from it. Let us return to the example of the Kenyan organisation Ushahidi, which I mentioned in my last post. To me, this is one of the most impressive examples of how ICT and data can prevent human rights abuses such as election violence and potential mass atrocities. The organisation is one of the most vocal groups in the East African region when it comes to applying ICT in relation to human rights, development and human security. According to the organisation, the goal is to “create the simplest way of aggregating information from the public for use in crisis response”.

Using the concept of crowdsourcing for social activism and public accountability, the organisation has created a model that has later been used for mapping not only election violence but also enhance humanitarian response in the crisis such as the Haiti earthquake and tracking malaria, Ebola and other diseases. The model has been coined as Activist Mapping, which is described as a combination of social activism, citizen journalism and geospatial information. What is great with Ushahidi is that it is, as also pointed out by Read, Taithe and Mac Ginty (2016:10), a typical example of when the information sharing is conducted on a horizontal level, meaning that citizens themselves have been able to use ICT and new media to inform and warn each other about urgent and often violent situations. 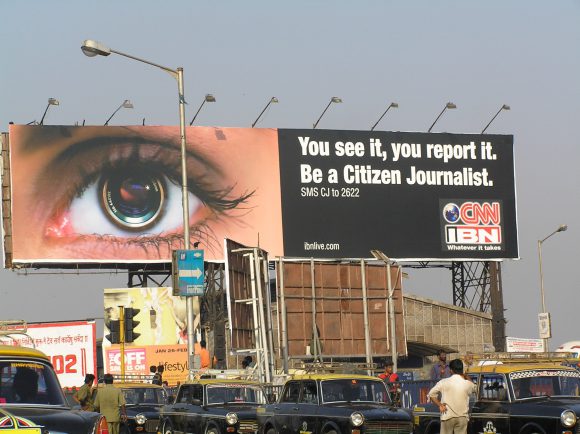 HarassMap is another example that is tied to the organisation Ushahidi. It is a volunteer-based initiative which aims to combat sexual harassment in Egypt. By collecting data that make up an online map, the hope is that the information can serve as a point of reference for “occurrences of incidents, positive interventions and available services” such as for example legal assistance.

It is clear that there is not only one but several examples of how data and ICT can be used to enhance or improve the respect for human rights. What I find interesting and relevant in all above-mentioned examples is the large focus on sharing. According to Spratt & Baker (2015:7), this phenomenon, in combination with the emergence of the internet, is one of the several improvements that enable data to be effective and have a real impact on human rights.

To finish off, I would like to return to a key point that I made in my last post. The effectiveness and “goodness” of big data depends to a large extent in whose hands it is placed. In my next post, I will discuss what happens when data slip through the hands of the people and instead ends up in the control of repressive actors.

This entry was posted on Wednesday, October 4th, 2017 at 10:43 pm and is filed under blog. You can follow any comments to this entry through the RSS 2.0 feed. Both comments and pings are currently closed.