Is BIG DATA against of for low-income countries?

The development of new ICTs has brought many changes into our day to day life. These technologies are often seen as being undoubtedly good with the recognised capacity to make the world better. Big data is one of the key elements of it. According to Spratt & Baker big data is the belief which offers new and higher knowledge ‘with the aura of truth, objectivity, and accuracy” (Spratt & Baker, 2015).

However, my last post will be focused on Unwin’s argument that even if the purpose and introduction of such technology has a potential to do good, quite often this potential has negative outcomes, especially for poor and marginalized communities. Moreover, although big data is seen as offering new solutions for development issues (Spratt & Baker, 2015), it is mainly focused on “what is”, rather than on “what should be” (Unwin, 2017).

Big data benefits and risks have been discussed in all our previous posts from many different perspectives and illustrated by using different examples. As mentioned earlier, it can be used for various decision-making models. It can create added value or be used for manipulative purposes. So, as data becomes all-pervasive in our lives, it is getting more difficult indeed to achieve a right balance between possibilities and dangers of it. 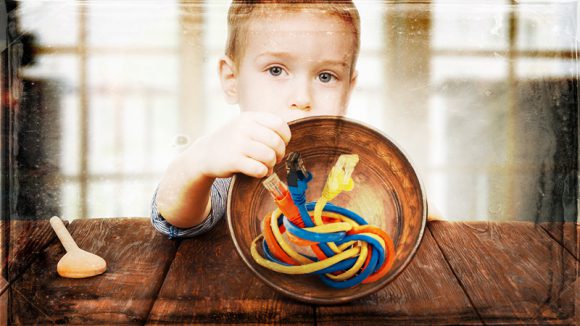 According to Unwin, big data is designed “with particular interests in mind, and unless poor people are prioritized in such design they will not be the net beneficiaries“ (Unwin, 2017). In other words, big data primarily maintains the interests of governments or shareholders and it is much less interested in the people, especially from low-income populations. Despite such issues, in the previous posts was clearly stated that governments still play inevitably important role in creating the legislative and policy framework.

This concluding post highlights the most important aspect of big data which should be taken into account. Technologies need to focus on empowerment of people, especially of people from less developed countries rather than controlling them.

Therefore, there is no doubt that big data has been used for reasonable purposes. However, it is difficult to decide if all of them are positive. The use of social media to provoke a certain political change can be seen as being good and bad at the same time. Big data can be an opportunity in various contexts as well as a problem that needs to be solved. Everything depends on the context, particular situation and particular human intervention (Unwin, 2017).

Moreover, in terms of the less developed countries, as the world becomes even more digitally connected, there is a real need for the sharing the knowledge and technical capacity by richer countries and international organizations in order to improve global digital security. While this can cause privacy issues, it needs to be discussed openly and transparently within countries especially if it is related to an equal decision-making towards the reduction of inequality.

Additionally, even if Unwin declares that much more attention needs to be paid to the balance of interests between the rich and the poor than to the ways through which data are used I agree with Read, Taithe and Mac Ginty that data to become explicit, requires a careful analysis in terms of how it is being gathered and used. Especially when the technology itself becomes cheaper and social networking platforms such as Facebook became mainstream forms of communication (Read, R., Taithe, B., Mac Ginty, R, 2016).

However, it is not just the access to technology that matters. The data revolution risks strengthening specialists in headquarters. Thus, not only access to connectivity needs to be provided, but also governments should be innovative and open to new ideas. Also, there should be integrated an appropriate content which should empower, integrate less developed countries and help to use big data for their own interests (Unwin, 2017).

Nevertheless, despite all the risks in terms of poor communities, there are many potential benefits of big data analysis also. Among other things, such information can offer more employment opportunities, transform health care delivery, and do even much more than that (slate.com, 2016).

Therefore, the capacity to meaningfully analyse big data still has the same importance as a balance between developed and developing countries (Rettberg, 2016).

This entry was posted on Wednesday, October 18th, 2017 at 8:50 pm and is filed under big data, blog. You can follow any comments to this entry through the RSS 2.0 feed. Both comments and pings are currently closed.