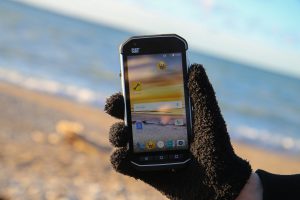 In my previous post I talked about why it is important to be counted (link). With the story in the beginning, the post also touched upon the skepticism towards being counted. In this blog, we have discussed some of the negative sides of big data in development and what impact data and social media can have in democratic processes, in terms of data justice. Here, I will reflect on the inevitability of data in our everyday lives. Does it only have good sides? Can we trust that information about ourselves will not get misused? Are we being surveilled and should we be skeptical?

As we have pointed out in our previous post on this blog, it becomes more and more difficult to resist the effects that technology has on our lives, in terms of for example the marketing on social media such as Facebook that bases on data produced from our use of internet. As users of various apps on our phones, «we» (at least the younger users of these apps) have almost stopped worrying about the information that the apps ask us to give in order to fullfill their function properly: information about our current location, our phone number, our photos on Facebook or on our phone, etc. Correct me if I’m wrong, but the user of the app will often provide this information to make the app work as well as possible.

Another example before we go on: I recently read an acticle in the Norwegian newspaper Aftenposten about how Estonia has digitalised 99 % of its public services, based on a digital infrastructure called X-road. Estonia has introduced services such as e-Voting, e-Health (digitalised medical journals), e-Tax, e-School and e-Residency, to name a few. Estonia has become a leading country in digital innovation, and according to the e-Estonia website, Estonian digital solutions have been exported to 35 countries. Estonia now holds the presidency of the Council of the European Union, and has pronounced that its «first priority will be to put free flow of data across borders on the agenda» (Braathen, 2017, p. 26).


These are examples of the fact that data-producing technologies are an inevitable part of life in the 21st century, and trying to resist it might be seen as going back in time in terms of technological development. What is the point, then, to dwell upon the potential negative effects of them?

My first immediate answer will be: because they are an inevitable part of our lives, and because data, and big data, could bring along reasons to be skeptical. Estonia’s e-Residency service has been criticised for potentially attracting criminals who might misuse the system to avoid punishment by operating via Estonia (ibid). Also according to the article in Aftenposten, Estonia’s different public agencies’ websites as well as the president’s website were hacked in 2007. However, according to the article, there has been no cases of misuse of e-Residency so far, and the cyber attack was successfully stopped and followed by the establishment of the NATO Cooperative Cyber Defence Centre of Excellence in Tallinn.

In his book «Digital Humanitarians», Meier addresses the problem of false data in social media and its effect on humanitarian work. Using examples from aid work after the earthquakes in Haiti and Chile in 2010, Meier shows how «as a result of false information, urgent humanitarian aid could be allocated to the wrong area, for example, which could result in wasted time and resources; at worst, it could cost lives» (Meier, 2015, p. 33). Other examples are fake photographs of the hurricane Sandy in 2012 and false information on Twitter about the White House being attacked in 2013. (Meier, 2015, p. 34). But, as Meier shows, information from social media can be verified using tools such as for example crowd computing and artificial intelligence. This does not solve all the problems, but the examples show that advanced tools for facing these challenges have been developed.

Should we be worried, then? In terms of our own privacy, we should at least be conscious of how we use technology and social media and what information we provide about ourselves. Technological infrastructures such as the Estonian one has proven to be safe, although some «threats» against it have occured.

As Spratt and Baker conclude, big data will continue to have a large impact, and it will vary from country to country how they make use of the data. Big data definitely implies risks, but they will be more «acute» in some countries than in others (Spratt and Baker, 2016, p. 33). To secure that the benefits of big data will apply in both developing and developed countries, a framework «that protects people’s rights but also gives them the confidence to share the data that are needed for these benefits to be realised» is needed. Giving individuals, communities and societies access to and control over their own data is at the heart of this» (ibid). Hopefully, an aknowledgement of this need from research on big data should give us even less reason to worry.