Posted on September 29, 2017 by Derek Stubenbord

A quarter of young children in developing countries are missing out on reading, playing, drawing, and singing with their parents according to a report on early child development released last week by UNICEF. One of the main focuses of the report was the lack of stimulation among young children in the developing world and the ramifications of this being deficient cognitive development. The report is full of data and interactive media which is easily shared on the web all of which is wrought with helpful information and suggestions for development organizations as well as parents/caretakers in developing countries in order to help children to improve their situation and thus improve early childhood development. Yet it begs the question, in the digital age how can those in the developing world gain access to this important information? As such I hope to explore the reach of UNICEF’s report via digital means and in some small way to raise awareness of the situation.

Upon visiting the lead-in page to the report on UNICEF.org the first thing one will notice is the header, which is a large picture of a father holding up his baby titled #EarlyMomentsMatter. Given the advent of hashtag activism and its importance in today’s communication for development, let’s have a look at who and where #EarlyMomentsMatter is reaching.

Starting from September 211st, the date of the report’s release, we can see that there have been 6.5 thousand posts regarding #EarlyMomentsMatter at the time of writing this post. This is not a large amount of posts when we compare it to #TakeAKnee, related to the National Football League protests earlier this week, which garnered 3.8 million posts in the same period. While, the difference in both subject matter and amount of posts is quite significant between the two hashtags, perhaps what is more important for the UNICEF report is where the posts are coming from.

Looking at the data it can be seen that there is a fairly even split between posts coming from developed nations and developing nations. Yet if we continue to look at the chart we can see that the largest share of posts are coming out of the US with 43.7% and the second largest percentage coming out of India at 8.7%. Following the top three countries the post percentages drop down to below 3% each for the remaining top 100 posting nations. 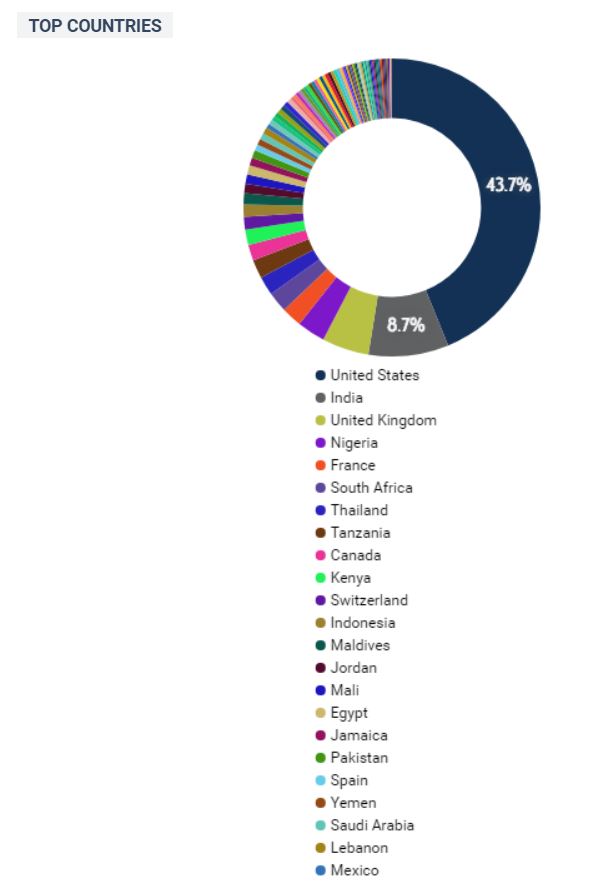 So, what can be interpreted from this data? Implementation of the goals of UNICEF’s report remain a largely top-down procedure focused on NGO’S and governments, while at the grass-roots level there is not much awareness being raised. While the report itself is geared more to policy makers, there is also content geared towards parents/caretakers in developing countries in order to improve early childhood development at its source. Based on the data we can see from the lack of overall posts involving #EarlyMomentsMatter, and in particular the lack of substantial numbers of posts from developing nations that this report and its multimedia may not be reaching its target from the bottom up.

As the reports main focus is on the first 1000 days of a child’s life it would make sense to improve the speed with which parents and caregivers could gain access to the information. In the digital age it seems that this could be done more efficiently by targeting a wide variety of social media platforms more tailored to local internet sensitivities. As someone currently living in China, a nation where Twitter is blocked, I have found that Sina Weibo’s, the country’s most popular microblogging site, own UNICEF account has made no mention of the report or the hashtag. While this is only one example of a misstep in ICT4D, more should be done to reach out to those in developing nations in an ever-increasing digital age as internet users continue to grow by the day. I look forward to following this report and #EarlyMomentsMatter and viewing whether the trend continues along the same path.