Ending poverty while some go uncounted?

Big data could be seen as a catalyst for achieving the Sustainable Development Goals set by the United Nations. The volume of data created every day is exploding and opening new possibilities for policy making. However, while the amount of digital data being created globally is constantly increasing and enabling more information, only 0,5 percent of it is ever analyzed. Because of this many people – including some of the most vulnerable population groups – still go uncounted. Potentially 250 million people worldwide are not being covered by household surveys which in other words could mean that as many as 25-30 percent more people could be living on less than $1.90 a day than current estimates suggest.

Despite much progress since the 70s, about 1 billion people still live in extreme poverty and progress has been extremely uneven across countries and localities. The quality of data and its accessibility play a critical role in measuring poverty, identifying the poor, and monitoring progress in poverty reduction. However, progress is uneven across countries and data is often most scarce where the challenges of poverty are most severe, such as in many low-income countries.

The World Banks Independent Evaluation Department (IEG) published in 2015 an evaluation of the World Bank’s poverty reduction efforts. The report, The Poverty Focus of Country Programs: Lessons from World Bank Experience looks at five features of country poverty programs and present how its programs aiming to eliminate extreme poverty by 2030 – consistent with the Sustainable Development Goals – faces many obstacles, among them the lack of regularly reported, high quality data. The evaluations names that of the 139 countries classified as low- and middle-income economies, 22 have no data for the past three decades, some 30 countries have not had a household survey in the past decade, and some 20 more have had only one survey since 2000. More than one-third of these countries are in Sub-Saharan Africa.

Collecting data, processing data and turning it into information as well as using data and making it open for others to use and re-use all have costs. Deciding how much money to spend on data, as opposed to other priorities, is an economic and a political decision, and spending more money on data will not always be the right choice. Although research in this area is still limited, there is some evidence that more open data and new methods of data collection and use, can save money and create economic, social and environmental value.

The use of digital communication technologies, and of mobile phones in particular, has seen a great rise in low- and middle-income countries over the last decade. To take the Sub-Saharan African region as an example, the number of mobile phone subscribers has increased at a rate of 18 per cent annually since 2007, reaching a total of 253 million in 2013. These digital traces, also called born digital data, are becoming seen by policymakers and researchers as a potential solution to the lack of reliable statistical data on lower-income countries.

Given the high cost and local capacity building required to improve country-level data collection, using large-scale, born digital datasets may provide representations for some indicators important to international development policymakers, making it a progressively attractive option. Born digital data stands for data that is digital from the start rather than starting out in non-digital form.

In many lower-income countries not only reliable data is missing but just as importantly, the resources to gather those data are generally absent and unlikely to emerge in the near future due to cost and capacity building issues. It is critical for all populations to be counted and this only adds to the importance of collecting timely and accurate information since to be counted means potentially obtaining access to vital resources, particularly talking about ending poverty in all its forms everywhere. 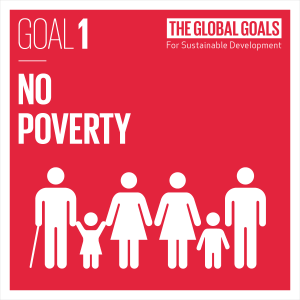 This entry was posted in Uncategorized. Bookmark the permalink.

1 Response to Ending poverty while some go uncounted?