Decent work for all – how does it affect the remaining SDGs?

Poverty decreases in many parts of the world. But at the same time as millions get out of poverty major challenges remain for the world to solve: income gaps increase and changes in climate must be stopped. By adopting the sustainable development goals, all of the member states of the UN decided to together ensure that no one is living in extreme poverty, reducing the inequalities of the world and combat climate change. 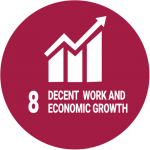 How does goal 8, promote sustained, inclusive and sustainable economic growth, full and productive employment and decent work for all, affect the remaining goals in the 2030 agenda? And what role does the tray unions play, with more than 180 million members in all professional sectors across the globe?

In the recent decades, globalization has changed the global labor market. The labor force has become more mobile and industrialization has accelerated in several developing countries. An increased trade favors economic growth in the world, but there are also major challenges. The economic gaps have increased within countries and many people still live in deep poverty. In order to reduce the world’s injustices, an inclusive and long-term sustainability is needed, economic growth as well as full and productive employment with decent working conditions for all.

Goal 1: Extreme poverty will once and for all be eradicated by 2030. It is not just about economic poverty but also lack of power, security and health. Through both political advocacy and negotiations, unions around the world work with the aim to make states and employers take responsibility in this area and that social protection is seen as a right for all. 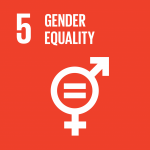 Goal 5: An unfair distribution of economic resources, power and influence hinder sustainable development. This affects millions of women and girls worldwide who do not have the same rights as men and boys. But this is also a problem for the society as a whole since women and girls are not given the same opportunity to contribute with their resources and knowledge. Tray unions work primarily through collective agreements for equal pay for equal work. 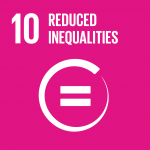 Goal 10: Inequality within and between countries need to reduce to create a sustainable social development. The collective agreement is an effective model for equalize these income gaps. Agreements and legislation often need to be supplemented with global framework agreements, signed between global trade unions and multinational companies, so that for example all colleagues in a particular company have the same rights and opportunities to influence their own work situation.

Goal 16: For sustainable development, we need to promote peaceful and inclusive societies and an important requirement for this is functioning and independent institutions and legal certainty for all. By organizing and representing workers tray unions give a voice to the workers in political decision making. Also, independent and safe professional practicing for, for example, journalists and teachers are also fundamental keys for democracy.

The underlying analysis is that more people need safe working conditions, be in the formal working sector, have fair wages and a safe working environment. Forced and child labor must be eliminated. Tray union strategies and tools such as education, campaigns and signing of collective agreements – are proven methods for sustainable work development which also affects other goals in the 2030 agenda positively.

However, although many ICT-related innovations have created new forms of data that can be used for enhancing the efficiency in several areas of economic activities, the attempts to use big data in context of labor market monitoring have been relatively rare so far, even though a growing interest can be observed among researches and practitioners alike. Therefor applying big data in labor market monitoring can provide insights into the functioning of labor markets around the world.

This entry was posted in Uncategorized. Bookmark the permalink.