Access to Information or a2i is the flagship ICT4D project implemented by the Prime Minister’s Office (PMO) in Bangladesh. Founded in 2009 and as a part of the Digital Bangladesh vision, it was started with the involvement of USAID and UNDP. The aim was to ensure access to information through electronic channels. It evolved to become the all-encompassing project; a2i initiated a change in public service delivery as well as in the way government officials think.

a2i is a project that works both in the delivery of government services through ICTs (e-government) and in organizing the processes and relationships between governments and citizens through ICTs use (e-governance). In the past years, one of a2i’s core activities was to establish more then 5.200 Digital Centres that deliver (online) services. They are set up in such a way that every Bangladeshi citizen does not have to travel for more than 4 km in order to reach one of the centres.

Hence, the project can lower what it calls TCV – the time, cost and number of visits it takes citizens to access services. Thousands of Digital Centre entrepreneurs have been trained to introduce a culture of empathy and innovation. Leaving British bureaucracy behind, the project also encourages a culture of trying and failing. The project won the World Summit on the Information Society Award the fourth time in a row in 2017.

Md. Asad-Ur-Rahman Nile, ICT specialist and former project manager of the a2i’s Service Innovation Fund, was kind enough to answer some questions on this technology for the improvement of public service delivery. 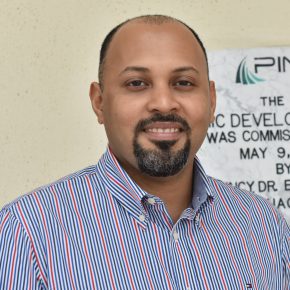 Digital (In)Equality: What were initial challenges in establishing a2i?

Md. Asad-Ur-Rahman Nile: One of the initial challenges that a2i faced was the bureaucratic obstacle of complex service delivery models based on archaic methodology or processes. From there to make the service simplified to ensure that the service becomes deliverable as well as accessible was not easy at all. The process of service simplification needed dedicated teamwork, passion, innovation and very importantly empathy. Without the empathy it was not possible to understand the woe of the common people and come up with ideas that changed how a number of services are delivered today.

Digital (In)Equality: Could you give us one example please?

Md. Asad-Ur-Rahman Nile: For instance earlier, before services became digitised, it used take a day for someone from a remote village to come to the district city just get a passport form, the added cost of the syndication and making free forms scarce were always there. With the digitisation the whole process of accessing the service made much simpler so that any person can go to the nearest Union Digital Centre – typically within 4 km radius – and get a passport form printed out. This is just an example among many hundreds of such examples of different service delivery that a2i directly worked or supported development.

Digital (In)Equality: What does this have to do with empathy?

Md. Asad-Ur-Rahman Nile: a2i encourages and nurtures the passion for innovation by engaging through empathy. In bureaucracy failure is not tolerated neither acknowledged. However in the innovation it is something very common and very much possible. So a2i is working closely with the top level of the bureaucracy as well as the field levels to bring in a culture that accepts failure for innovation. It is never easy to change culture in bureaucracy; however it can be said that much has been achieved.

Md. Asad-Ur-Rahman Nile: You could say that. Hence, another very important aspect of the trainings provided by a2i is to engage the government officials in such a manner that the empathy for the common person grows. For example a batch of government officials first asked to identify problems in their respective offices, generally there are very few problems identified. Then they are sent to different government offices as service recipients and each of them comes up with a long list of issues as well as possible solutions. Then the lists are shared with the respective officials of those offices who are in the training. This exercise helps them to see things from a different perspective as well as helps them to pinpoint critical issues to improve service quality drastically.

Digital (In)Equality: Why is a2i so successful?

Md. Asad-Ur-Rahman Nile: One of the core philosophies behind the success of a2i is acknowledging the human behind the red tape. The human factor actually helped to develop so many brilliant innovations and receive such a great number of international recognitions. Even though the documents of a2i talked about digitisation, service automation, emerging technologies, low cost technology solutions, ICT4D and other jargons, at the core of the culture is that a2i nourishes is human centric approach based on empathy. That is why in the Service Innovation Fund the applications are judged mainly in three aspects critically. Those are

According to a2i these are the thee critical factors that can address the service recipient’s experience and if answers of all the above questions are positive then the service quality is bound to improve. This shows the how deeply philosophy of empathy embedded at the core of a2i. And this is one of the critical reasons why a2i became so successful in delivering such results.

Digital (In)Equality: Thank you very much!

A great special feature of a2i is also that the programme is located at the prime minister’s office. This structure allows a2i to get a lot done. In terms of sustainability, one needs to ask if the project would still be successful if another party would be in charge (especially since Digital Bangladesh was a vision of the currently leading Bangladesh Awami League).

What do you think? Is it likely that the programme would loose its ‘leverage’ as a permanent entity?