As many others, Black Panther made me feel excited about finally seeing some fair representation on the cinema screen. The important role and power of black women in the piece tickled the intersectional feminist in me, so I couldn’t help but think: What does this mean for African activism and development on the continent?

If you haven’t seen the movie, have a look at this trailer before continuing reading:

Previously, I wrote about the complexity of a sub-Saharan Spring. In this post I will try to look closer at other sources that can influence social movement and change on the continent. Black Panther is creating a lot of noise by its fans and there are celebrations world-wide of its representation and feminist focus – something very unusual for the super hero genre.

“It’s more than a movie, it’s a common movement”, says Opeyemi Ajayi, a VP of Genesis Cinemas in Nigeria at the very end in this discussion on Aljazeera Stream:

Also read: Why wonder woman is a masterpiece of subversive feminism

Cinema4Development – Can that be a real thing?

The fact that a fiction entertainment film like Black Panther causes so much attention proves the enormous need for representation. The film challenges the traditional donor-receiver relationship we see in international development.

Africa, for once, is not portrayed as this suffering continent filled with conflict, starvation and poverty. The imagined country Wakanda is a high-tech joint rule by several tribes, illustrating strong pan-Africanism.

Normally in communicating development, success stories from reality tend to be overshadowed by sad and tragic ones (which of course are important too). Perhaps fiction is the next step after story telling for the development industry.

Looking closer at the film

Mariama Sow and Amadou Sy at Brookings are hopeful that the film “can pave the way for an increased number of movies painting Africa in a positive light”. Meanwhile, Khanya Khondlo Mtshali, a freelance writer at The Guardian, is sceptical about what this film actually can do for grassroot activisms and social movements: “If we behave as though purchasing a ticket to see a film produced by Disney is a form of resistance, we fail to distinguish between black art that touches on revolutionary themes, and the actual work required for revolution itself.”

What most reviews have in common though, is the unique feminist portrayal of black women and the representation of the African continent in the Hollywood film landscape. It also introduces Afrofuturistic fantasy to the mainstream audience as well as a costume wear inspired by African culture.

Mediatization is an interesting theory. If you come from a communication academic background or even as a journalist, you might have heard of it before. In summary, Mediatization means that our society and every day life is wrapped up in different media sphere’s such as social media, apps and hashtags. This affects how reality is socially constructed and can both be over and underestimated.

Mediatization can nowadays be found in almost every corner of reality – especially in social movements (like digital activism). This new form of processes is called deep mediatization and has two meanings: the social world relies on the technologies behind communication media (Such as ICT) and the social constructions themselves are built on digital processes (such as e-services by governments etc).

The Networked Collective and Imagined Identities

In times of deep mediatization, the making of a film like Black Panther both reveals inequalities in representation and challenges them. But the internet is not an equal sphere itself. Remember, it only mirrors the social world we created. This is why we mostly hear what the film means for the African-American audience, not so much for the African continent.

However, the fanfare of Black Panther is a networked media collective which stretches across continents. It is larger than a pan-African movement, as it joins African-American issues with African history and representation.

This networked collective shares the characteristics of a contemporary social movement: the collective identity is the core, which is joint by digital tools, as it ignores rules of space (as in geographically).

Also read: How Black Panther has spurred community and activism across the globe and Disney celebrates Black Panther by giving $1m to charity

The fruit of an African-American movement

I can’t help but to think – is the Black Panther film a fruit of the African-American movement’s collective voice? The film itself though, is an African representation, not so much an African-American (although it does have those elements as side stories). Is this what happens when movements go mainstream? 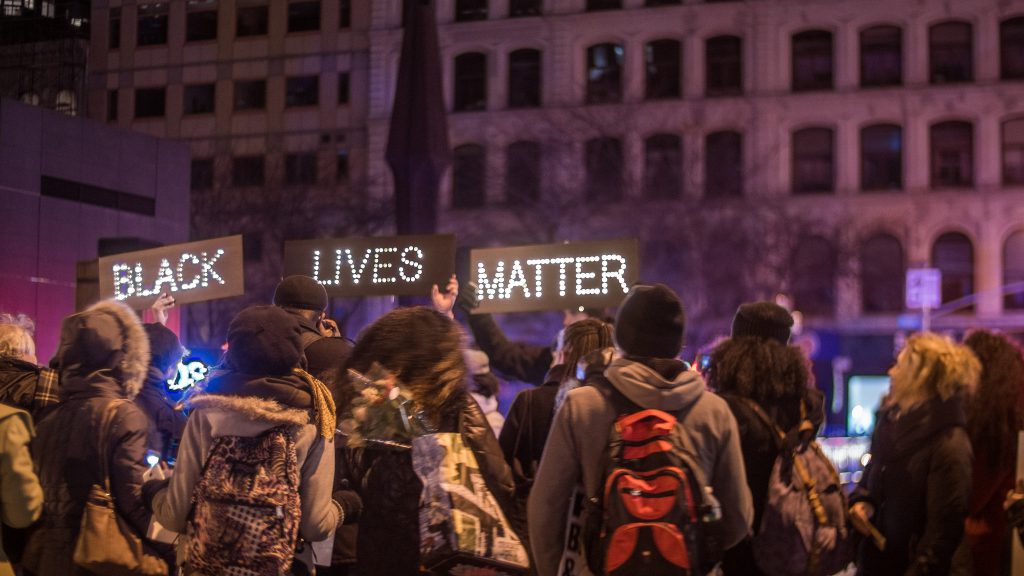 The film is likely to enhance the already established African-American movements, less likely to spark new movements for social change on the African continent. Why? Well, it does not really call for any action or challenge for change. I do think Black Panther is important when it comes to representation and the self-reflection of the younger population on the African continent as well amongst African-Americans.

There is also an interest of making money out of this film and creating an illusion of a movement adds to that. As Jesse Holland, the writer of the film, says himself in the clip above: “This is not about trying to set to change social infrastructures… It is more about our time to shine”.

References for this text:

I'm a ComDev student with a BA in communications. I have previously worked in southern Africa with communicating development, mainly in the agricultural sector. Currently, you can find me in Sweden.
View all posts by A A →