International Women’s Day 2018 made social media explode with engagement world-wide. Hashtags such as #IWD2018, #PressforProgress, #TimeisNow and #Wikigap have been trending on Twitter for the past couple of days. Going online and turning to ICT tools (Information and Communication Technology) in the fight for women’s rights and equality is an easy choice. But the easy choice is actually an overall unequal platform.

This is a piece in the Volte-Face’s series covering International Women’s Day 2018.

#IWD2018: The rural and urban activist in focus

The focus by the large development agencies seems to be on empowering women in rural areas in this years International Women’s Day campaigns. UN Women runs a campaign which focuses on women and activism in both rural and urban areas. A group which is left behind in the focus of development. Under the hashtag #TimeisNow, UN Women collect stories from feminist activists across time and place and introduces them on an interactive platform.

To continue their story, (and to look ahead in the fight for women’s rights) I’ll add the importance of addressing gendered digital divide in new media platforms and ICT tools.

The platform we use to enlighten the audience on women’s rights is very much unequal itself. I’ve previously mentioned the internet as unequal, from regulated by authoritarian governments (in the African Spring post), to the suppression of LGBTI movements and representation. The #Wiki4Women or #Wikigap campaign is an effort addressing this.

Even the traditional media tends to be a male dominated sector, which means the powerhold of most information is in the hands of men. If the new media platforms we use are unequal, how does this affect the strive for an equality driven cause?

To kill two birds patriarchies with one stone (sorry for the unpleasant metaphor), isn’t it time we start including ICT literacy when empowering feminist activism? This kind of support can include feminist activist blogging, new media trainings for already established women’s rights groups and trainings in an equal representation in journalism.

In Media Development (referring to the views of Linje Manyozo) such support can be identified as community development, which also is more of a participatory communication effort. There are certain indicators in using this method that also suits other purposes of development engagements.

I’m not always cheering for an ICT solution in every development effort. But when it comes to empowering women, development organisations have to understand the online activism potentials. Shepherd Mpofu says this very clearly in his chapter (sources can be found at the bottom) on feminist blogging in Zimbabwe:

“…it is time we noticed the important role technology-enabled conversations play to those powerless or voiceless and, in most cases, majority members of society.” (Mpofu, 2016)

Organisations which want to empower women also have to address the patriarchal structures lingering in society. By this I mean empowering the women striving to claim a space in male dominated areas – such as technology. In times of deep mediatisation, technology (especially ICT solutions) are widely integrated in almost every social construction. Looking ahead, women must be included, otherwise the risk of even a wider gender gap might be a new arising issue. 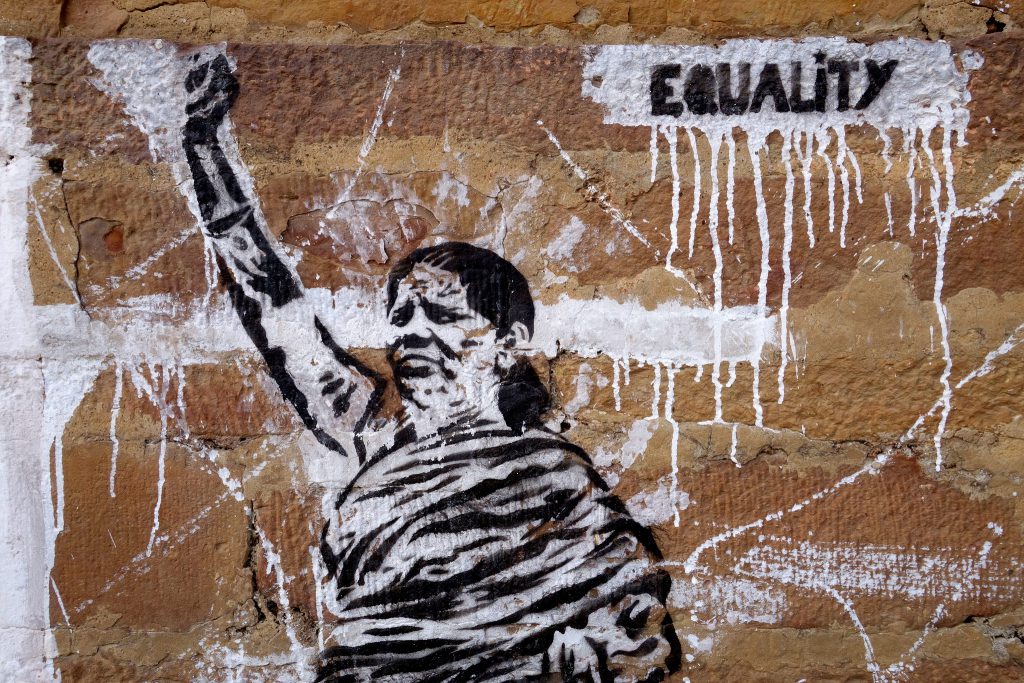 Feminist blogging and other examples

I’ll end this first chapter in our series on International Women’s Day by adding a few links to organisations and activists working in southern Africa. These are only a few examples and similar groups exist throughout the continent.

Besides empowering the very few women already working with ICT solutions in the fight for women’s rights, other (women’s rights focused) organisations must find the incentives in using ICT tools in their missions. These organisations and activists are already active. Empower them with ICT knowledge and they will challenge the male dominated area as well as the patriarchal societal structures.

A network for women’s rights activists in Zimbabwe.

A non-governmental organisation with a feministic perspective.

An organisation which focuses on challenging the status quo in gender relations in Zimbabwe.

A men’s network promoting equality between genders in Mozambique.

I'm a ComDev student with a BA in communications. I have previously worked in southern Africa with communicating development, mainly in the agricultural sector. Currently, you can find me in Sweden.
View all posts by A A →