Internet and ICT have opened up a space for new alternative media in Cuba. Nevertheless, we must analyse their potential for change under the light of other social, economic and political factors. Some traditional opponents to the Cuban regime currently supported by Trump would like to see new media bring about some sort of “Cuban spring”. Neither many indicators allow to expect this outburst, nor alternative media in Cuba are working in that direction. Will these media be able to enhance debate for change in the island? 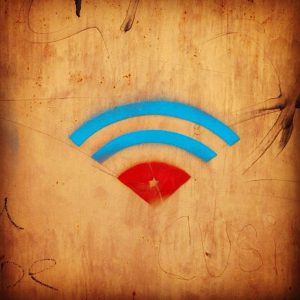 Contentious politics between USA and Cuba is back, if anyone still had a doubt. President Trump has, if not pulled back, at least frozen the advances of normalisation between the two countries started by his predecessor. The last development in the escalade of tension appeared last week when US government announced the creation of a task force to improve internet connection on the island and to support independent media. In other words, the intentions of recovering a long-known policy with little-known results. But, this time, a bunch of non-state media in Cuba have quickly answered the Trump administration: no, thanks. Do not independent media, not recognized by Cuban government, and often target of censorship and hacker attacks want a freer internet and better access to information? So then, which are these media that do not accept US “help”?

Cuba has experienced a slow but significant increase of connectivity over the last years. This has not been the work of the US, but thanks to the arrival of the ALBA-1 cable from Venezuela in 2011.

This is the actual broadband connection map the Caribbean region and with a bit of attention I guess you can find where Guantánamo Bay is.

According to the last official statistics, in 2016 there were around 4,5 million internet users in Cuba. The growth has been significant if we take into account that before 2008 Cuban nationals couldn’t even own a personal computer or a mobile telephone. Yet, internet connection remains limited, unstable and expensive. Furthermore, it is a titanic task to update all necessary technology to reach western connectivity standards for a country subsumed in a deep and long economic crisis, constrained by the economic embargo and whose main ally, Venezuela, is in a very unstable situation.

For a comprehensive research of ICT in Cuba visit this site.

The emergence of alternative new media in Cuba

Internet has played a role in the emergence of new forms of producing and diffusing of information on the island. Nevertheless, it is fair to say that it parallels a process of economic and social transformations with overtones of political transition. The détente after years of hostility between the two neighbours, created a climate to focus more on local development than the menaces from the big brother in the north.

It is during this period, since 2012, that a series of independent, non-state related media started to flourish – made in Cuba, by Cubans and for Cubans. Trying to put them all together will cause for mistake as they differ in topics, genres, organisation and business models (here you can have an overview in Spanish), but they are bringing new discourses, perspectives and cultural patterns to the scene.
As they are still young, there is not much research available, but here there is an interesting overview about the conception and intentions of the people that work in these media. The majority of them are product of the Cuban system: they are graduated from Cuban universities and work or have worked in the official media system. They got frustrated because they were unable to apply what they learnt in university. They navigate in hazardous waters, defending their right to communicate within the framework of the Cuban constitution. They are not recognised by Cuban authorities, but they publicly claim for the regulation of media sector. They are sometimes targeted by censorship and harassment, although most of the time accessible from Cuban networks. And, finally, many of them prefer to reject US aid in order to gain legitimacy.

For more information on media in Cuba, you can watch this discussion panel.

Media researcher Leah Lievrouw defines alternative/activist new media as those that “employ or modify the communications artifacts, practices, and social arrangements of new information and communication technologies to challenge or alter dominant, expected ways of doing society, culture and politics”. Intended or not, these new media outlets are changing the status quo of Cuba’s media system. They are not only challenging the established power but also the traditional dissident media installed in a logic of confrontation. And the most important: they are contributing to new forms of narrating the country.

What will happen in the future?

Many questions still arise in order to measure the real impact of these media. How many people actually follow them? Are their audiences in Cuba or outside? Are these media contributing to reinforce an in-group identity that goes beyond partisan/dissident dichotomies? Do they enable individual or group socio-political action? Or even, do they need to fear a backfire from the Cuban authorities?

The answers to these questions will probably be discouraging, especially for those in Washington who expect a “Cuban spring” with many hashtags. It is common sense to expect that the spread of ICT in Cuba can have positive economic, social and development outcomes; so would also a more pluralist media ecosystem. As it seems, actual US administration will not enhance these changes. The big question though will have to be answered in some years: how, when and if these alternative media will be capable to catalyse a sustained change on the island.