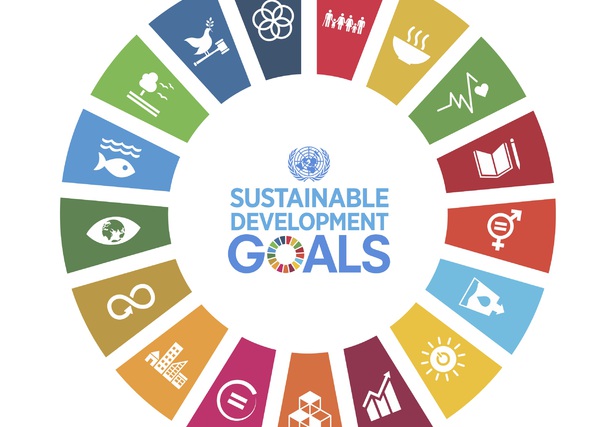 An event called the SDG Challenge was described as a showcase of SDG-related projects and ideas aiming to “equip individuals with the knowledge, skills and motivation to take informed action to contribute towards the achievement of the Sustainable Development Goals.”

Last Friday morning in Dublin’s Parnell Square, an event run by the NGO Development Perspectives was taking place involving debates, discussions and explorations around Irish people’s involvement with the UN’s Sustainable Development Goals. Among the participants were representatives from Irish Aid and the NGOs Trocaire and Concern.

Unticketed and unable to attend due to work commitments, I decided to follow the event on Twitter in real time instead. I was curious to see what kind of talking points would arise, and which of those the followers of the event on social media would push discussion on.

Perhaps I was even assuming that discussions might reach beyond the room it was taking place in; that some form of tech-based engagement was incorporated into the event design, such as a video stream or a live blog. Ultimately there wasn’t.

Interesting to hear Maria Barry to talk about SDGs from the perspective of education. It must go beyond awareness raising and extend to teaching values related to them. #SDGShowcase

So what about the content of the tweets themselves?

Education appeared to be a strong topic from the early tweets– and rightly so– based on the statistic that only 15% of the Irish population are aware of what the SDGs are. General education on the most basic aspects SDGs certainly seems like it should be a primary concern.

What about tech education or data literacy however? And how this type of knowledge and skills applied to development contexts might assist Ireland in achieving its SDG targets by 2030. From what I could gather from tweets, ICT projects were mentioned once, fleetingly.

Promisingly, #SDGChallenge spent a large part of last Friday morning as one of Ireland’s trending hashtags, boosted by a smattering of tweets from a relatively small selection of accounts, although it did feel like a somewhat insular affair as observed from behind a screen.

As Denskus and Esser (2013) noted when they examined the tweets emerging about and from the 2010 Summit at UN headquarters in New York on the Millennium Development Goals (admittedly a much larger scale affair than this), the nature of many of the #SDGChallenge tweets appeared to offer tweeters a prime platform to assert their belonging as part of a local development community over creating any forms of challenging or alternative development discourse.

Loosely speaking, if data is content minus context, one exchange between two followers of the event seemed to provide an interesting avenue into debating future development policy designs and approaches to communicating about development.

What flickered then vanished here was potential for chalking out varying tendencies in development discourse between emotion or expertise; grassroots activism or entrepreneurial development; the framing of narratives with context or with aggregative generality. Ideas like data and content, which often come into friction although they do not need to be mutually exclusive.

You can be angry and very positive. After 30 years of social activism, I do believe that you have to be deeply angry about the injustice happening to your neighbours to really make change happen. Otherwise it’s often running services or charity business. #SDGshowcase https://t.co/6mbImjkGOw

I see your perspective. It seems, I’m referring to social innovation perspective vs social change, and thus entrepreneurship vs activism. All tools can co-exist, I suppose. #sdgshowcase

Manning (2012) offers online spaces for discussing development as both a public sphere and an invisible college. He suggests that both a democratization of development discourse is possible yet so is a strengthened platform for already dominant perspectives.

Following the hashtags #SDGShowcase and #SDGchallenge, however, it became most apparent that Twitter might not provide the most immersive way to follow a live discussion series on global development. Much of the discourse on Twitter fell close to that which was described by Deskus and Esser in their 2013 study.

Specifically, sustained debates did not emerge, ritualistic communication forms were adhered to and rarely scrutinised or challenged (except in one brief incident); and overall the new media output from the event suggested that policy formation– or in this case, the vast majority of the actual content and discussion– was framed offline and on-site with very little input or information imported or even exported via social media.

And that could be a key component in equipping people with the knowledge, skills and motivation to meeting the Sustainable Development Goals. However, as it stands, with 15% of the population even aware of what the SDGs are, new media and ICTs should become a key player in furthering, diversifying and globalising discussion on how to collaboratively meet the goals by 2030.