Trust, it’s an important aspect of any relationship whether it be at a personal or institutional level. It’s something the development sector relies on to function and receive funding. However, due to the current political climate and recent scandals in the aid sector, trust is fast becoming a rarity.

A recent report on humanitarian journalism found that trust in humanitarian reporting was still relatively high with only four percent of respondents saying they highly mistrusted media coverage on humanitarian issues (on the flip side only one percent completely trusted these reports). NGOs are also the most trusted entity measured by the 2018 Edelman Trust Barometer compared to the media and governments. However, trust in NGOs has dropped to 53 percent in 2018 compared to 66 percent in 2014. This is a significant drop and reflects a general downturn in trust towards institutions in general and CEOs of companies are now seen as more trustworthy than NGOs.

This doesn’t feel surprising in an environment when people are increasingly polarised and isolating themselves and in light of the recent scandals affecting the development sector. It is important to consider what consequences lower trust levels have for development. Global Goalscast addresses the issue of distrust, saying it impacts the sector’s ability to collaborate. The development sector relies on cooperation and relationships with donors, benefactors, governments and the media to complete their work and when trust collapses this is exceptionally hard to achieve.

The rise of ICTs and especially social media may also play a significant role in regards to trust. Like most things development related, it’s complicated and ICTs can provide both positive and negative influences on people’s perceptions of trust. Here’s four ways that ICTs have influenced trust in NGOs and the aid sector

Social media has increasingly influence on how people perceive the world. The #metoo campaign has continued to influence public debate on gender inequalities with news breaking about #metoo gaining prominence in India recently. Last year in the wake of the Oxfam scandal the #aidtoo hashtag gained traction on Twitter. These social media campaigns are becoming increasingly common and though some write them off as slacktivism they are having real world effects on public debate and trust. Some actors make the important point that this debate about power imbalance within the aid sector isn’t new. Similar accusations were made over 15 years ago. It is important to realise though that these technologies are amplifying these issues in the western media and causing increased public awareness, they are a symptom of ongoing structural issues within the sector. It is important that these issues are publicly discussed, and concrete action needs to be taken to improve the sector and provide a much-needed shake up. This would go a long way in regaining public trust.

An interesting discussion surrounding #aidtoo and how the sector needs to change.

Trust is easier in close proximity but many places where NGOs work are inaccessible to a wider audience. With the rise of the internet and mobile phones there has been the rise of citizen journalism. The most famous example of this is the 2011 Arab Spring especially in the case of Egypt and the Tahrir Square protests where thousands of citizens posted live videos and commentary that allowed the events to be followed globally both through traditional media channels and Facebook or Twitter. Social media provided the platform for people to connect and broadcast what was happening. The feeling was optimistic and many saw this as a turning point for social change (Tufekci, Z. 2017).

It is important to note that this form of journalism can have both positive and negative consequences. Though the Arab Spring seems like a positive change, that change proved to be unsustainable with movements being later repressed or turning into civil wars in the case of Syria. Chernobrev (2018) also brings up the example of digital volunteer networks who work to confirm sources from active disaster zones. These types of initiatives highlight some of the positive influences that ICTs can have on trust.

However, due to budget cuts in many media outlets it is moving beyond a personal level with many NGOs now taking on a journalistic role. 92 percent of NGOs now have a website and 63 percent send regular emails to subscribers with updates and fundraising bids. NGOs often aim for more interaction with their donors and the public. The goal has changed from reporting success to donors to ‘looking good’ to a much wider audience (Chernobrev, 2018).  Foundations are also increasingly funding humanitarian news creating new dilemmas over what events are covered and by using NGOs content rather than a diverse range of voices. This is important to note because though most NGOs provide content with good intentions, the goals of NGOs and journalists are not and should not be the same.  If journalists are relying too heavily on NGOs, there is less chance they can effectively critic practices that are ineffective or wrong. 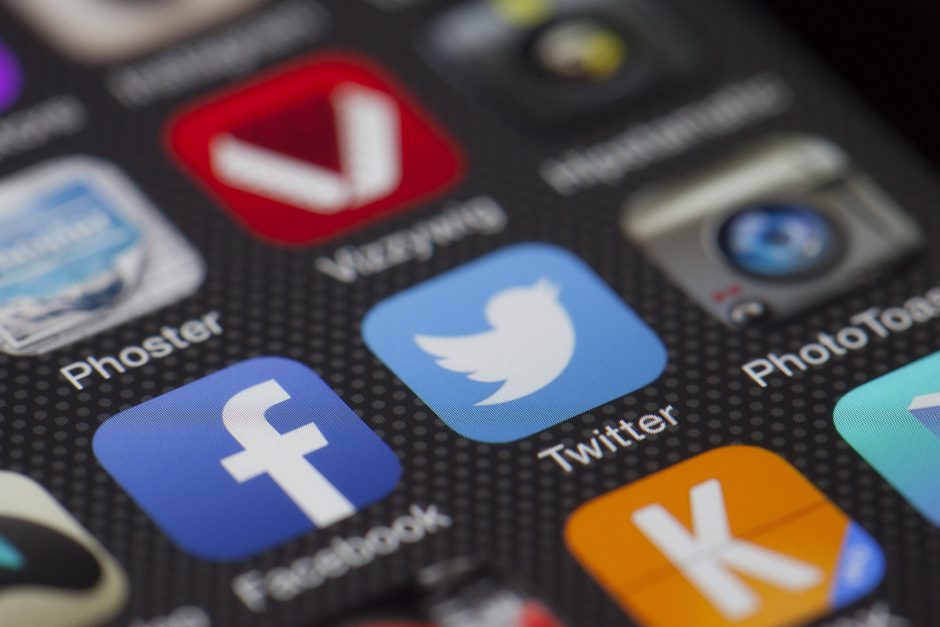 3. Echo chambers and fake news- the rise of distrust of the ‘other’

One of the biggest barriers to trust is not being able to differentiate between truth and fiction.  75 percent of people are afraid of ‘fake news.’ Additionally, media and governments being the two least trusted institutions and fifty percent of people disengaged with the news. These things combined highlight the concerning retreat of people into their comfort zones or echo chambers.

It is important to recognise that fake news is not a new phenomenon even if the term is. Rumours and gossip have affected politics for centuries however it was previously limited. With the rise of social media and the internet opinions and speech are no longer constrained. Anyone with a social media account can share an article regardless of its accuracy and due to algorithms and personal bias, information that is completely fabricated can be spread to millions of people. When people can’t determine fact from fiction it can have wide-ranging effects.

Great Listening: In this GlobalGoalscast podcast they use the example of vaccinations to highlight how false information can influence decisions both in the global North and South

4. Creating Solidarity- is it enough?

“Trust is very hard to build but easy to destroy.” So, what can be done to start rebuilding? Usually practitioners point to improving transparency and accountability measures within NGOs (see the above youtube video). Keating and Thrandardottir argue that trust can also be built through creating solidarity.  Coming together and having shared values and a common identity are said to be great ways to build trust but how is this done? Especially when echo chambers and polarisation are such clear issues. How can trust be built across these shared identities? The GlobalGoalscast recommends dialogue. By asking open ended questions and not rushing to conclusions or the topic. This takes time but getting to know someone and letting them voice their opinion can make a huge difference to their perceptions of trust.

There is no simple solution to building trust, especially in this current atmosphere where distrust is growing, not only in the development sector but in many aspects of society. But by taking concrete actions and using ICT to diversify voices of power rather than solely discussing the issues without action, perhaps trust can gradually be regained.

Do you trust institutions (whether they are governmental, the media or NGOs)? What do you think needs to happen to build trust? Let us know in the comments or on Twitter.