As RD discussed with Tim Unwin in her previous post, UNESCO awards one person and one organization for their inclusive ICT work every second year with a prize for Digital Empowerment of Persons with Disabilities. While awaiting the publication of the nominees of the 2018 awards, this last post of our blog will present the 2016 winners of the prize and reflect on the significance of their work.

The UNESCO prize is awarded for “outstanding contributions in promoting the inclusion and enhancing the lives of persons with disabilities through the application of digital solutions, resources and technologies”. It is handed out at the yearly UNESCO International Day of People with Disabilities ceremony. In 2016, nineteen countries submitted individual nominations and 23 countries presented nominations in the organizational category. The prize was finally attributed to Professor Alireza Darvishy from Switzerland and Tiflonexos Asociación Civil from Argentina. A sum of $40,000 was distributed equally between the winners.

END_OF_DOCUMENT_TOKEN_TO_BE_REPLACED

In this post I am going to talk a bit more about what exactly this prize is, before sharing some insights from Tim Unwin who graciously agreed to speaking with me on the topic.

What is the Prize?

The UNESCO/Emir Jaber Al Ahmad Al Jaber Al Sabah Prize for Digital Empowerment of Persons with Disabilities is one of twenty three UNESCO prizes, and the only one to focus on persons with disabilities. The prize of $40,000 USD is divided equally between an individual person and an organization.

END_OF_DOCUMENT_TOKEN_TO_BE_REPLACED

Welcome back to the ICT4D Disability Kaleidoscope. In this fourth and final post, I will connect many of the points made in the previous posts of this mini-series by focusing on the humanitarian intervention in Indonesia after the country was recently hit by a series of earthquakes, aftershocks and a devastating tsunami. With this post, I don’t claim to fully cover the event or all discussions at stake. Rather, I want to invite you to reflect upon ICT4D tools in light of disaster interventions by considering the fact that current humanitarian interventions and reports show that there is still much to do before the invisible 1 billion become visible in disaster situations and subsequent interventions.

“What you cannot see are “hidden persons” who have
no access to humanitarian asisstance although their
needs are amongst the highest. These “hidden persons”
might include older people or persons with disabilities.” (ASB)

END_OF_DOCUMENT_TOKEN_TO_BE_REPLACED

Within the ICT4D field the concept of ‘knowledge society’ is often used. This blog post wants to delve deeper into what knowledge societies actually are, how ICT4D can help achieving them, and why it matters.

So what do we mean by ‘knowledge society’?

END_OF_DOCUMENT_TOKEN_TO_BE_REPLACED 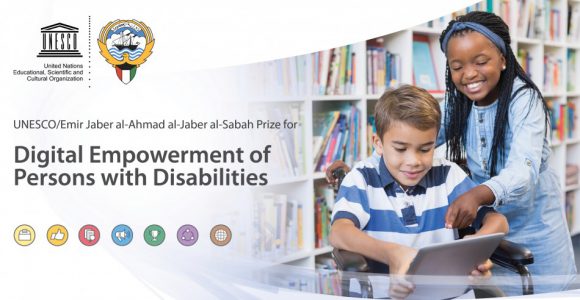 The nominees are in for the UNESCO/Emir Jaber Al Ahmad Al Jaber Al Sabah  Prize for Digital Empowerment of Persons with Disabilities and we are looking forward to hearing all about them! Stay tuned for more posts, where we will talk about this event, past – present – and future.

Also keep an eye out this weekend for a special post, where we interview a surprise special guest. The only hint to who it is we will reveal today is that this person played a key role in devising the process for this award.

Welcome to the final post of my 3 part mini series “ICT4DD in Action”. In the first two posts, we explored some examples of how ICTs are impacting the lives of people living with disabilities in Ghana and in Cambodia. In both of these examples, I focused on the use of ICTs by NGOs, so for a little change of pace in this final article I will be focusing on the Caribbean Telecommunications Union.

Very little has been written on disability in the Caribbean, and even less statistical data can be found. So I found myself at a loss in drawing any conclusions on overall trends of disability in the region. Some countries do seem to have legislation mandating access for the disabled to public buildings and transportation, though there is very little information available on programmes targeting the disabled. I also found very few organizations that focussed on helping persons with disabilities. It seems to me that persons with disabilities in the Caribbean have historically been quite invisible. This does seem to be changing however, alongside a global trend of recognizing this historically invisible minority group. The Caribbean Telecommunications Union has been active in raising awareness and creating accessible solutions for those living with disabilities.

END_OF_DOCUMENT_TOKEN_TO_BE_REPLACED

In my first post, I have been writing on the three As focusing on assistive technologies for people with disabilities. In my second post, I have been switching perspectives, considering how ICTs can be a helpful tool for aid workers in performing inclusive interventions.

Today’s post is again changing the vision as if we would put the different aspects of disability, ICT and development into a kaleidoscope. This post will focus on how ICTs can become a platform for alternative accounts of disability offered by disabled people themselves thus challenging the perspectives and opinions many people have about disabilities.

Have you heard about the strategy of Mainstreaming Disability?

END_OF_DOCUMENT_TOKEN_TO_BE_REPLACED

With the 2030 Agenda for Sustainable Development, a commitment to inclusive and equitable quality education at all levels was made a priority. This post will focus on inclusive education and the role ICTs can play.

‘Inclusive education is a process of strengthening the capacity of the education system to reach out to all learners (…). As an overall principle, it should guide all education policies and practices, starting from the fact that education is a basic human right and the foundation for a more just and equal society’ (UNESCO 2009) 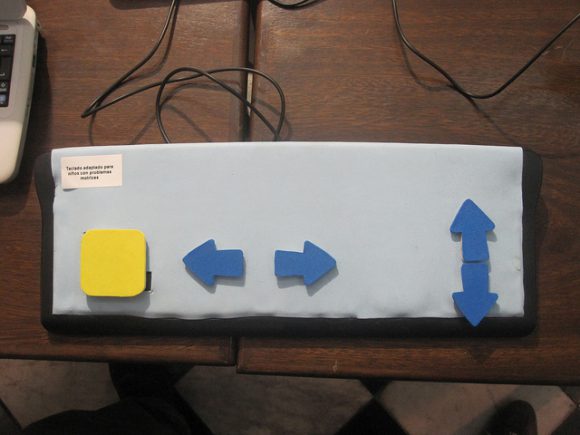 END_OF_DOCUMENT_TOKEN_TO_BE_REPLACED

In the beginning of the era of ICTs, technology designed by white men in the Minority World was assumed to be equally useful to everyone everywhere. Today, we know that technologies are not gender neutral and that they mirror the norms of the societies, where they are created. Gender mainstreaming is widely spread in the international development field and yet, of the more than 5 billion people (66% of the world population) that have a mobile phone subscription women are 10-25 per cent less likely than men to own a mobile phone, depending on where they live.

Gender mainstreaming has been criticised for not sufficiently recognise other inequalities that effect women’s lives. Many feminists promote an intersectional understanding of gender in relation to other social categories. An understanding that doesn’t presume that oppression based on gender is the only oppression causing exclusion in a person’s life. In the introduction to the ICT focused issue of the Journal Gender and Development published in July 2018, Amy O’Donnell and Caroline Sweetman argue that ICT4D needs to move beyond questions about access to ICTs and begin addressing the intersectional issues of power and inequality. This involves asking whose experiences are included and whose are excluded when important questions concerning women’s rights are discussed.

But asking these questions can make us uncomfortable. This is sometimes the case when examining the encounter between gender and disability, or women’s rights and the rights of persons with disabilities. This combined field is mined with tension and difficult questions.

END_OF_DOCUMENT_TOKEN_TO_BE_REPLACED

Welcome to post 2 of 3 in my mini series ‘ICT4DD in Action’! If you missed my first post, where we zoned in on Ghana, then you may be wondering what ICT4DD is. It stands for Information Communication Technology for Development and Disabilities. This time, we are going to take a close up look at Cambodia’s blind population. But first, I think we need to take a step back for a moment. END_OF_DOCUMENT_TOKEN_TO_BE_REPLACED