In the beginning of the era of ICTs, technology designed by white men in the Minority World was assumed to be equally useful to everyone everywhere. Today, we know that technologies are not gender neutral and that they mirror the norms of the societies, where they are created. Gender mainstreaming is widely spread in the international development field and yet, of the more than 5 billion people (66% of the world population) that have a mobile phone subscription women are 10-25 per cent less likely than men to own a mobile phone, depending on where they live.

Gender mainstreaming has been criticised for not sufficiently recognise other inequalities that effect women’s lives. Many feminists promote an intersectional understanding of gender in relation to other social categories. An understanding that doesn’t presume that oppression based on gender is the only oppression causing exclusion in a person’s life. In the introduction to the ICT focused issue of the Journal Gender and Development published in July 2018, Amy O’Donnell and Caroline Sweetman argue that ICT4D needs to move beyond questions about access to ICTs and begin addressing the intersectional issues of power and inequality. This involves asking whose experiences are included and whose are excluded when important questions concerning women’s rights are discussed.

But asking these questions can make us uncomfortable. This is sometimes the case when examining the encounter between gender and disability, or women’s rights and the rights of persons with disabilities. This combined field is mined with tension and difficult questions.

Many of the tensions between gender and disability are found in the area of reproductive rights. Due to the long lived sexual taboos and being held unfit as parents, disabled women have a history of  absence as target groups for reproductive health programs. Even the UNCRPD has been ciritcised for retaining a protective, medical and gender binary model to address the sexual and reproductive rights of persons with disabilities (see my previous post about different models of disability). Thanks to activism, however, positive changes are emerging. One of these activists is the comedian Nidhi Goyal:

Notice that Goyal too wants to make us uncomfortable.

The right to abortion is central when discussing women’s reproductive health and sexual agency. A woman has the right to make her own choices about her body and life. 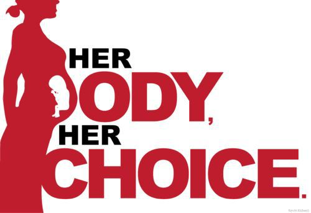 In order to give women the possibility to an  ‘informed choice’, technologies for prenatal testing have been developed. Because a woman has the right to choose – to choose whether she wants a disabled child or not.

This is when it starts getting uncomfortable.

The #Mee Too movement finally reached India this autumn, the home country of Goyal you saw on YouTube above. She claims that the women’s rights movement marginalizes women with disabilities. She points out that in countries that allow abortion, disability is often deemed justifiable for it. This means that disability is accepted as something that is to be prevented. Eradicating unwanted people. Parallels to the history of eugenics, made by the disability rights movement, can’t be ignored. And it’s easy to understand how this desire to prevent the birth of children with disabilities allows myths and stigmas surrounding people with disabilities to flourish. Obviously, they must be a burden for the society and their family, or at least face a life of suffering, otherwise they wouldn’t be aborted, right? 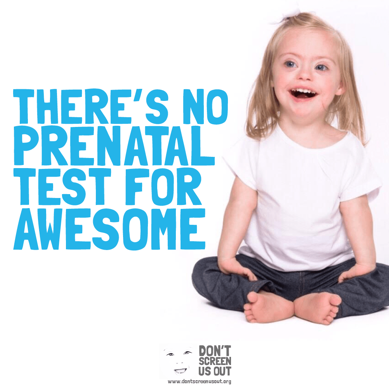 So, where do we go from here?

Intersectional approaches may allow us to become aware of the negative effects on disability rights of something as self-evident as women’s rights and to understand the power relations behind whose choice and whose agency is prioritised. But most of all, to be able to get any further, we need all the voices to be heard and we need to listen. We need to be out there and talk about the questions we feel are a little bit too hard to handle. We need to get uncomfortable.

I have no other answer, do you?