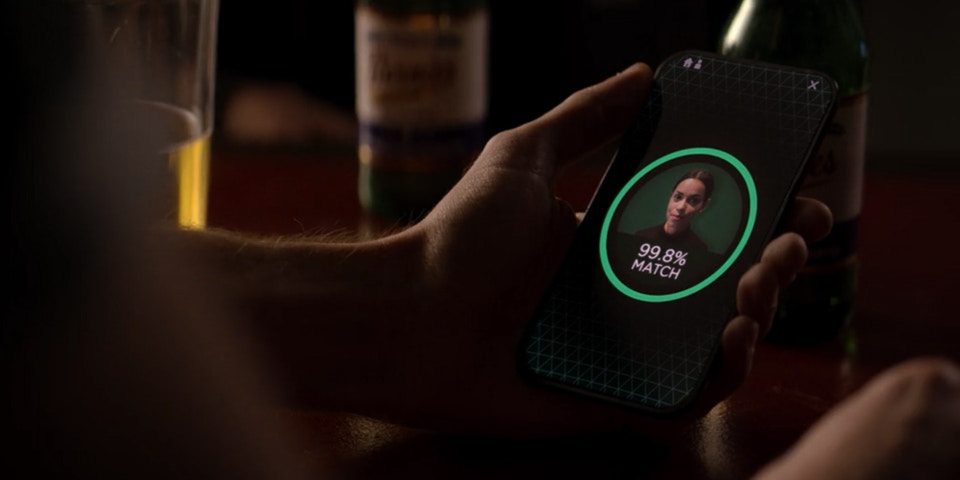 Dating apps are nowadays a common thing in many societies. They have evolved from something that people did in secret to a mainstream habit for people of all ages. Match, swipe left or right and super like, are new terms in our vocabulary. These apps facilitate flirting and in the information societies of this day and age we want things to happen fast.

Nevertheless, this doesn´t mean we have suddenly entered a Black Mirror episode. Clubs are full, people keep talking to each other and some surveys indicate that people still prefer to meet their partners the “old way”. 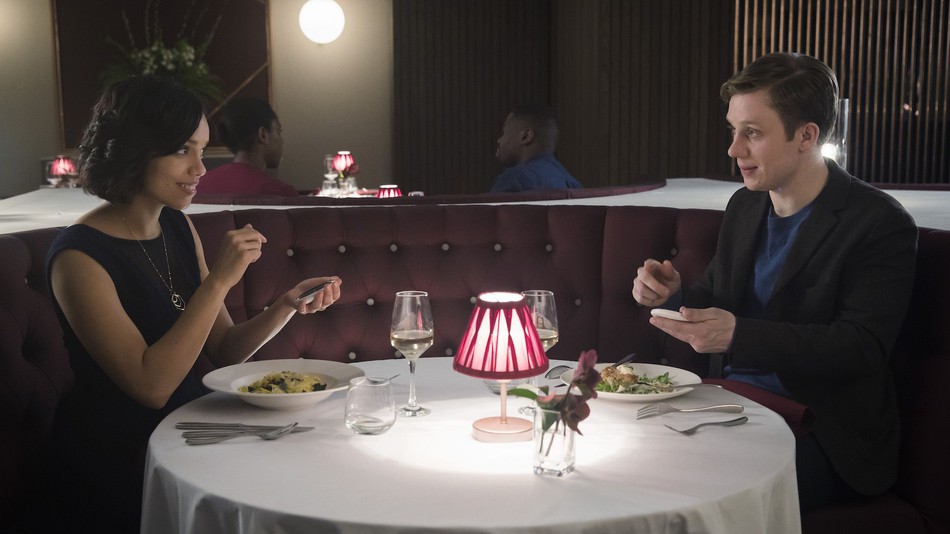 But for LGBTQ people these apps open a new window of opportunity for many reasons. They provide a way to meet people without the cultural and social pressure, in addition to creating opportunities for relationships, and understanding and accepting one´s own sexuality.

Dating apps become even more important in societies where LGBTQ people are rejected and even persecuted. In these cases, the apps are not only the easiest and safest way to look for a partner, they also could be the best way to meet like-minded people and to feel part of a community.

Which brings us to the question of this post: 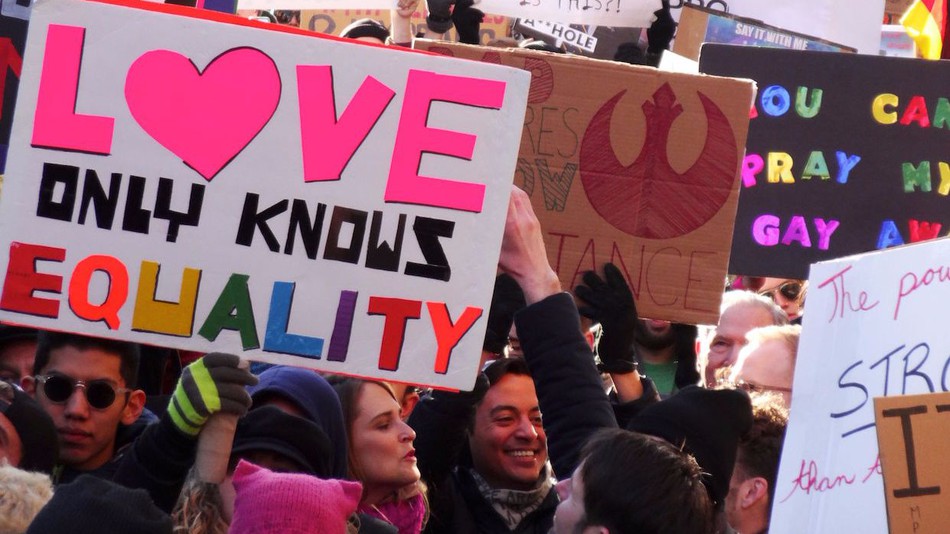 Activism nowadays is evolving due to the raising influence of new technologies. It does not take place just in the streets but also online. It is easier for people to stay informed, express their opinions and create networks that could serve to promote social change.

LGBTQ apps allow individuals to meet like-minded people and understand their sexuality, which could promote activism. We´ll explore the first level of analysis from this report of the US Institute of Peace, to explain how these apps could have an impact in social change.

Being a person that identifies with any of the LGBTQ letters and their meaning is not easy in any part of the world. Of course, there are huge differences regarding the level of difficulty depending on the country, but nowhere do LGBTQ people never at some point feel discriminated or harassed due to their sexuality.

In this scenario, even starting to understand one´s own preferences could be a big dilemma, since the pressure of social norms can make people confused about their feelings. This is when the expression “coming out of the closet” makes sense. The fact that somebody has to gather courage to tell others about their real self, illustrates very well this social pressure.

Moreover, LGBTQ individuals in many parts of the world don´t have the same opportunities as straight people for traditional flirting. So, having the opportunity to just pick up your phone and meet like-minded people in an easy way, to have relationships and accept your sexuality, could lead to an individual transformation.

But, does this transformation lead to activism when you are just looking for sex, love or whatever you like to call it?

It depends a lot on the context.

In repressive societies where laws do not protect LGBTQ people from persecution, this online community do not just serve as a means when looking for a love affair. As Proud Lebanon explains:

“When it comes to gay dating websites and right now dating apps, the feeling of belonging to a certain community where people feel safe enough is the major reason for subscription. These apps are not only used to find a partner but also to find friends, people to talk to and who can listen”

One example of this comes from one of my friends who has recently moved to Lebanon. Talking about this post he remembered a conversation he had with one guy through a dating app. He wrote my friend just to recommend some LGBTQ friendly bars, coworking spaces and NGOs in Beirut. 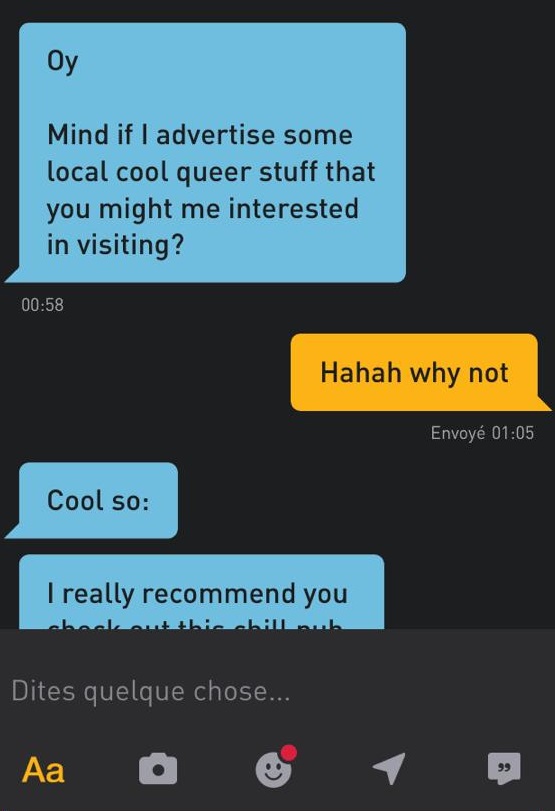 In societies repressive towards the LGBTQ community, since people do not just look for love affairs in dating apps, individuals may, through the connections developed online, find the possibility to engage in activist groups. This could promote individual transformations: people find hope and tend to be more active in the fight for their rights. It also leads to soft activism, making the LGBTQ community visible.

Despite this, my friend´s experience both in Spain, his home country, and Lebanon, is that the connections people look for in these apps are mostly sex-based. So, the type of connections that could lead to different forms of activism are something secondary.

When connections are mostly sex-based, it is more difficult to develop individual transformations that could lead to promote activism.

Cody Freeman wrote about his own experience with these apps in Time magazine:

“instead of advancing the gay agenda of inclusion, I found the apps to perpetuate what people scorn about LGBT: promiscuity, impersonal behavior, and sexually motivated conversations. This is not the fault of the LGBT community, but these depersonalized conversations are what lead to depersonalized relationships. When an introduction to gay culture is through a sex-based app, it perpetuates the sex-based stereotype”.

Therefore, dating apps could promote individual transformations that lead to the fight for LGBTQ rights in some specific cases and contexts. But, the fact that these apps are mostly sex-based, makes it complicated to develop this kind of transformations.

Share your thoughts with us in the comments section below and check out our next post on how LGBTQ dating apps affect intergroup relations and collective action.