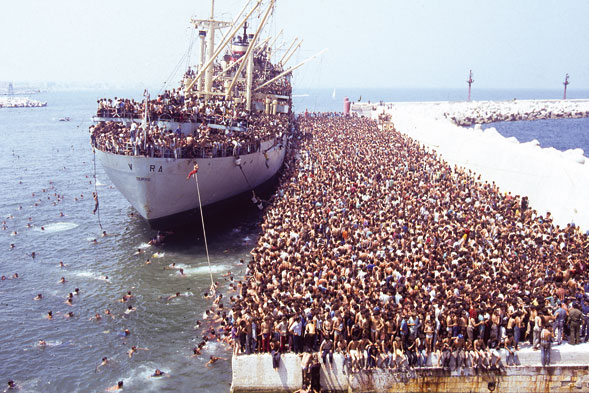 Throughout history, people have migrated from one place to another. My mother migrated decades ago from former Yugoslavia, my partner’s parents from Turkey. People try to settle in the Global North for many different reasons and through different channels. There used to be plenty of legal ways but these days more and more risk their lives, to escape political oppression, war and poverty.

In 2015 and 2016 the EU experienced an unprecedented influx of refugees and migrants. More than 1 million people arrived in the European Union, most of them fleeing from war and terror in Syria and other countries.

With the rise of people seeking protection and a better life in Europe, the rise of right-wing nationalist parties heralded a broader transformation in European politics and a threat to post-war European integration. In an age of enhanced communication, reliance on both traditional and social media has polarized the distribution of reliable information. We see an algorithmic back and forth of data between likeminded, the proliferation of “fake news,” and an increasing reliance on short and unnuanced forms of communication such as Facebook and Twitter.

The rise of fake news

With the rise of right-wing nationalist parties came a boom in fake news and news portals across Europe. The public debate in social media – the anonymous, impersonal and easy way to speak one’s opinion and distribute information, became unprecedentedly heated and emotional.

In the middle of 2015, the following picture popped up on social media. It represents nicely how a picture can be instrumentalized by different politics or ideologies:

The first story surrounding this picture was that these are Syrian refugees “invading” Europe. Comments featured “the rise of a Muslim Europe” and “the end of our way of life”. Fear and emergency can be easily transported by a picture of thousands of “released” men disembarking on some European port. This picture was shared thousands of time. Some local politicians were also tempted to share unchecked “facts”, resulting in minor scandals in for example Belgium and Austria.

The picture was then interpreted a second way. It shows refugees fleeing Europe during the Second World War to Northern Africa. The narrative was that “they helped us then, it is Europe’s moral obligation to help them now”. One post in German was shared as much as 150.000 times! 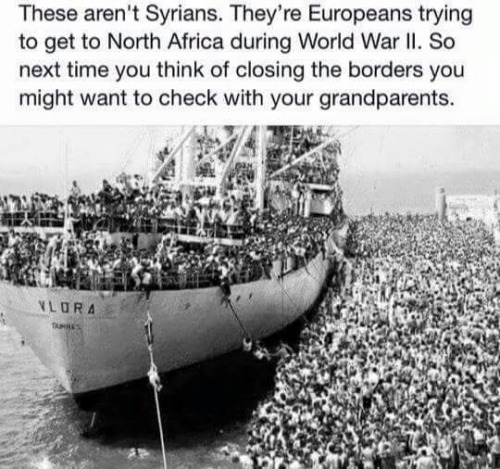 So … any motivation left to hear the true story of this picture? It actually shows Albanians fleeing to Italy in 1991 after the fall of communism. The picture received the stamp “fake” or “debunked”. Everything else at this point would have probably overburdened the social media consumer (hear the sarcasm). Any useful discourse on historical and political lessons learned was skipped entirely. Moving on to the next roof on fire.

A picture can tell us what we want it to tell us. Images have long been instruments of power, and we now have unprecedented means for instantly attaching millions of eyes to them.

A very blunt production of fake news was the story of little Chloé, murdered in 2015 in Calais by a Polish man. Calais was at that point the French hotspot for passage to the UK with large and chaotic refugee camps. The initiators of this fake story just simply changed the headline of the article of the TV station France 3 Nord. The child was hence murdered by an immigrant, not an EU-citizen. France 3 Nord reacted quickly, nevertheless the post was shared some 800 times. 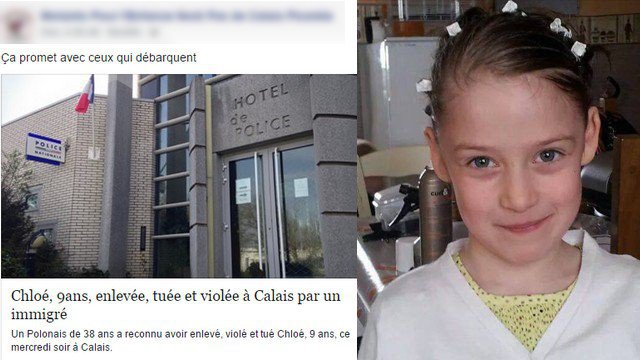 A new and more tricky form of fake news that rose around the European migration crisis is the map “XY-Einzelfall”. Produced anonymously, making its way through social media. It’s being used by the anti-immigrant party AFD as much as Angela Merkel critics (also from Russia and the US) alike. It claims to show the rise of crimes conducted by refugees and migrants and seems sophisticated and professional. The Bureau of Investigative Journalism analysed the map. They concluded that its methodology is systematically misleading and the numbers of migrant crimes through skewed use of statistics vastly exaggerated. See full article here.

This type of fake news is much more difficult to fact-check and counter than the two fake news cases discussed earlier. It manipulates the facts in a more subtle way, it is less outright fake news and presented in a more professional manner.

How can we tackle fake news?

It feels like a Sisyphean task. Whenever one story is debunked the next one pops up. Correctly informed citizens and educational awareness campaigns play an extremely important role. The more people act on misinformation the more dangerous it gets. Information security needs to be backed up by serious political commitment. There are laws against hate crimes or defamation but not enough initiatives how to legally tackle fake news.