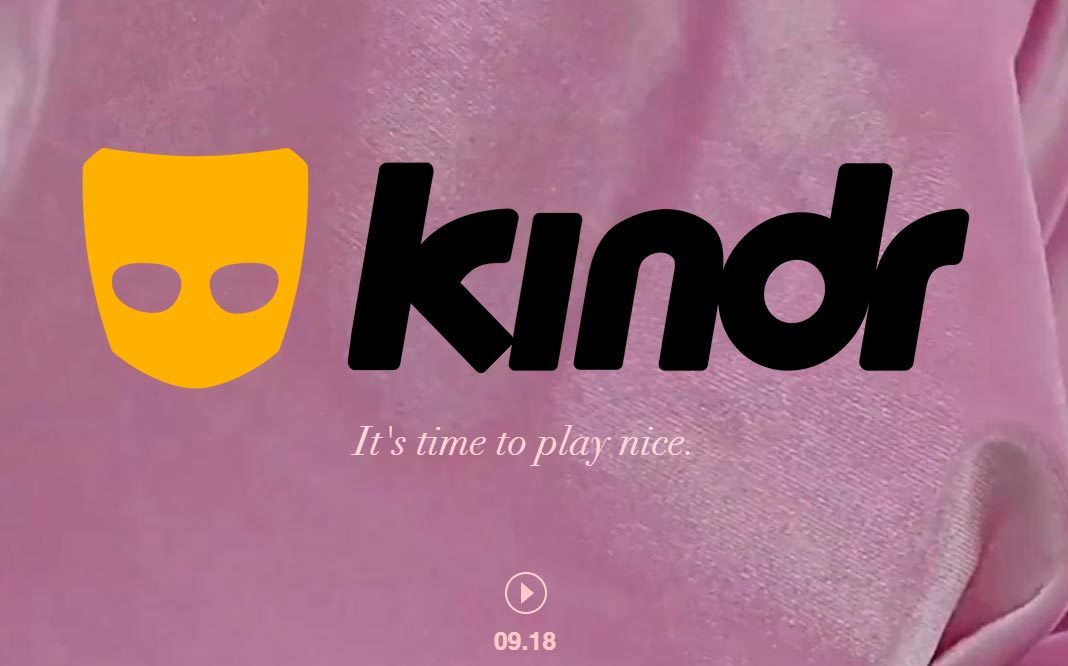 The #KindrGrindr campaign has been launched to encourage more tolerance among the dating app users. Despite the fact that dating apps like Grindr could promote connections among the LGBTQ community that could encourage social change, these connections are not always positive.

In our first post about LGBTQ dating apps, we explored how they could promote activism through individual transformations. In this second post, we will discuss how dating apps foster or undermine connections among the LGBTQ community.

Connections are one of the main pillars of old and new forms of activism. Scholars like Castells explain that, due to online social networks, today´s activism takes place in a culture of sharing. This culture creates horizontal networks that promote activism but more important they create togetherness. In Castells words, this togetherness allows people to “overcome fear and discover hope”.

LGBTQ dating apps promote the connection of like-minded individuals and can therefore create togetherness, allowing people to discover their sexuality and fight for their rights.

But the LGBTQ community is formed by individuals of all types and ideas. Just being part of this community, which is marginalised in lots of societies, does not mean that it is like the seven dwarfs: kind and welcoming.

The famous dating app, Grindr, in September, launched a campaign to address the problems of racism and discrimination suffered daily by users. This campaign follows the demands of affected LGBTQ individuals to make the app more inclusive. The fact of talking behind the screen makes it easier for users to say things that wouldn’t otherwise be said in person, facilitating people to be more abusive than in “real life”. 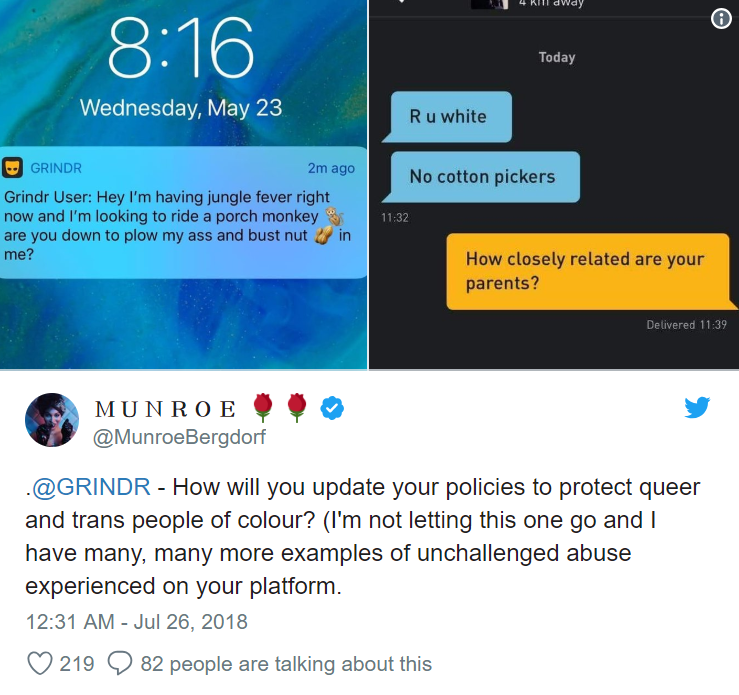 These posts on social media denouncing this situation led to a conversation of Bergdorf with Grindr´s Head of Communications to discuss ways to tackle this reality. 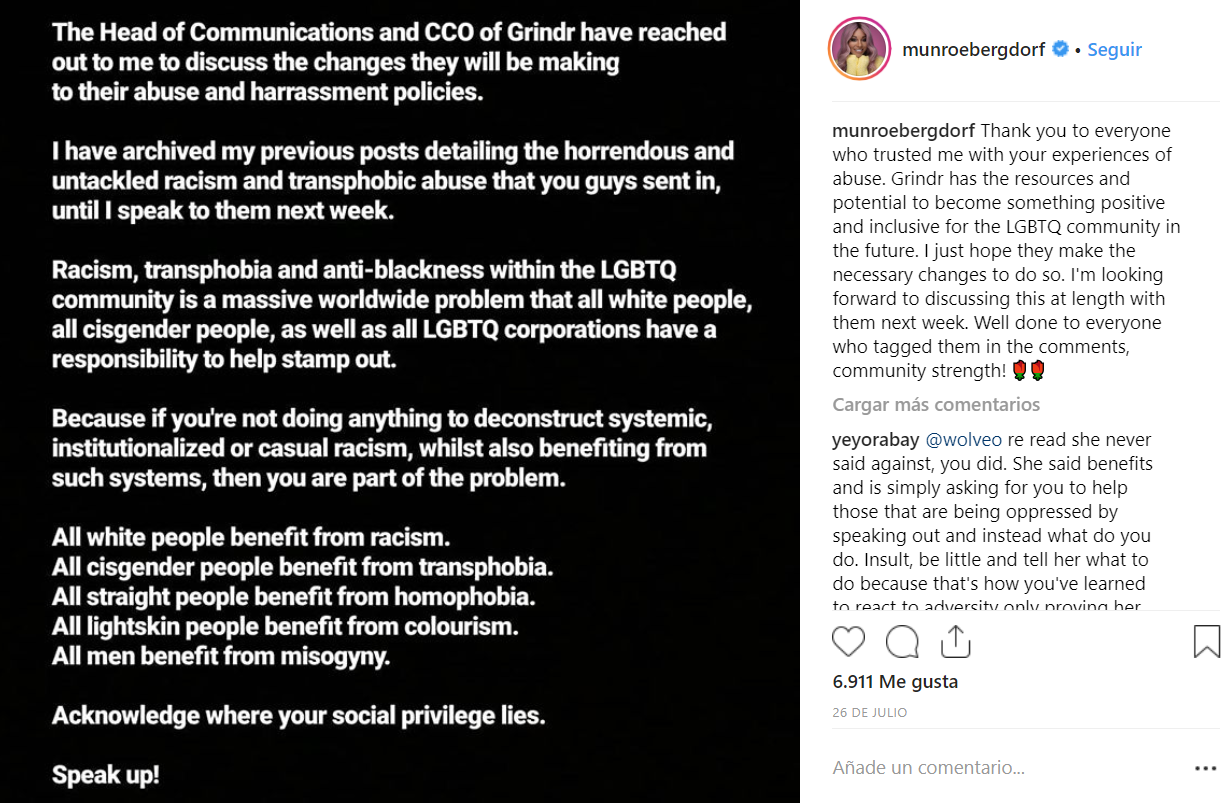 The role of Bergdorf as a connective leader, connecting Grindr staff with personal stories of abuse through the app, led to the #KindrGrindr campaign and reforms.

The app changed its Community Guidelines to be more inclusive and to be able to ban any form of discrimination or abuse. This policy update has been accompanied by the #KindrGrindr campaign in social media. A series of videos displaying the personal stories of user and personalities such as RuPaul’s Drag Race star The Vixen, explain the different types of discrimination experienced in the app and discuss the implications.

Grindr has become the connective leader now, sharing these stories that could have an impact in collective action and social change. But more important, it has the power to delete verbal abuse situations in the app, banning hateful user and blocking offensive messages, having an important role in changing attitudes and behaviours.

Several mainstream media like the BBC has diffused the campaign, but the conversation in social media is still not very popular. Also, the number of tweets and instagram posts including the hashtag is not higher than 200 in the last month. The videos in YouTube have between 40k and 150k, which is not very high either.

Although it could be that the campaign will not have a big effect per se, it is a first call to action and a very good way to visibilize this reality. It could encourage other apps to follow suit and it is a first step to continue improving the ways people communicate in new media and foster connections that allow a step forward in the fight for LGBTQ rights.

What do you think about this campaign? Let us know in the comments below!