A forum for hatred

Social media platforms are a great possibility for people with certain interest to find each other online. With a simple hashtag, social movement can grow, and users and activists can easily find each other and share news and experiences. For example, during the Arabic spring a hashtag could be used to summon protesters into the streets.

With this possibility people can also gather in groups that might turn out to be less constructive. One rather recent example is the “incel” forums. A support group for lonely depressed men emerging into an arena for hatred. It is a group that is both easy to make fun of and to feel sorry about. Under the hashtag #incel there are lots of post about incels rather than posts written by someone who is part of the community. They seem to prefer their forums.

In spring 2018 a man killed 10 people by driving a van down a busy street in Toronto. He had declared on Facebook that his actions were part of the “Incel Rebellion”. And he was not the first. Men like Sodini, Hennard, Rodger and Lepine are all responsible of mass killings with basically the same motive (Rodger also used the phrases “Incel Rebellion” and “War on Women”). The motive was to get even at women. Women were the ones to blame for a small group of men’s involuntarily celibate (incel). Rodger, however, ended up killing mostly men. 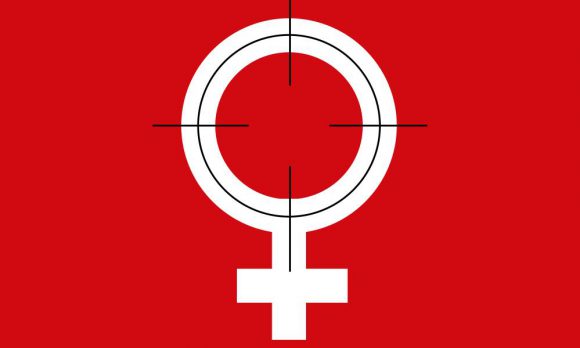 In the world of radical incel’s there are four kinds of people: Stacys (attractive women), Chads (attractive men) and Normies (people who can find partners but aren’t necessarily attractive) and of course Incels, the beta males. The incels have developed an explanation for their sexual failures, and it centers around the idea that women are shallow, vicious, and only interested in alfa men. This view on life clarifies that the incels themselves are not to blame, but everyone else, especially the women. During the last couple of years, the movement has become more alt-right and focused on misogyny, not only supported by lonely men.

A radical fraction of the activist incel community believes that violence against women (and sometimes all “Chads” and “Normies”) is a suitable response towards the discrimination they are facing. That an “Incel Rebellion” or “Beta Male Uprising” will eventually overturn the sexual status quo they are experiencing. In these forums the killers named above are hailed as heroes. For example, a user on Reddit (PUAhate) changed name to “ElliotRodgerIsAGod” after the rampage. All incel forums are perhaps not becoming radical filled with men who claim Jordan Peterson is a saviour and that women deserves to be punished. However, some of the forums have escalated from a support group for lonely men to places where violence and hatred have flooded. Reddit shut down an incel forum that escalated in 2017 and voices are raised that all forums of that sort, like 4chan (alt-right forum), ought to be closed to prevent new attacks. Most likely an impossible task. People will continue to find each other online for better or worse. Sometimes for the comfort of not being alone and sometimes to dwell in dark thoughts that, in rare cases, turns into violent actions. Occasionally on the forms users even encourage other incels to suicide and self-harm. The hatred and destructive behaviour isn’t limited to the “enemy”.

Should we fear the “Incel Rebellion”-movement the way we fear other radical groups that uses the internet for recruitment and propaganda purposes? Perhaps not. They are not Isis. They are, as it appears, only a small group of desperate men who tend to blame others for their own loneliness hiding behind a rebellion-tagline. Their actions mostly stay online rather than in real life. But the threat of violence and the rapid escalation of the conversation online has led to several violent acts by disturbed people who bought the agenda. Killers like Rodger found an online movement to justify and support their actions. And it is a movement that is aligning with groups like the alt-right movement. That is worrisome.

This entry was posted on Friday, October 5th, 2018 at 2:48 pm and is filed under Activism, Gender, Social Media. You can follow any comments to this entry through the RSS 2.0 feed. Both comments and pings are currently closed.