C4AA was initially drawn to Facebook, because of the site’s popularity. The organization aims to reach people where they normally are and Facebook had hundred of millions of users back then. At the time C4AA announced its leave, the organization had 4,093 fans on Facebook.

Joined easily, left quickly – this is true for many movements on Facebook. Activist movements often manage to attract a large following on Facebook pretty fast. However, most of the fans on Facebook are so loosely connected that they have weak ties and either leave the group quickly or never participate. Only a small percentage gets actively involved.

So did C4AA want to abandon Facebook, because the virtual weak ties didn’t add to the movement’s stability? Or was it too difficult to mobilize protest? There was another reason. 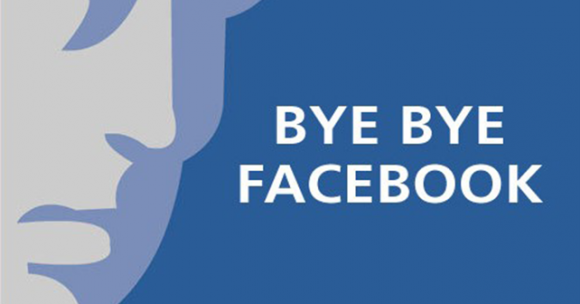 During the time C4AA was on Facebook it had grown as an organization, but traffic on Facebook had been constantly decreasing. Paradoxically the C4AA had fans who were willing to follow and participate, but most fans didn’t even got to see the organization’s posts. At the time C4AA decided to abandon Facebook because its posts only reached around 3 percent. 3 percent! 123 people out of 4,093. Why was that?

C4AA’s fans surely wanted to see the organization’s posts. They even requested to see them. But it happens that Facebook conflicts with what users consider relevant. In the end Facebook decides what users get to see. The C4AA claimed that writing better posts simply wasn’t enough anymore to reach its fans. Facebook sought payment to boost posts that then reach an audience the C4AA already had. The organization wasn’t willing to pay its donors’ money to buy their audience back from Facebook. Among other reasons that was why C4AA didn’t accept Facebook’s business model and decided to leave the social media site for good.

In the future C4AA will rely on direct mailing via its email newsletters. The organization knows that this way its messages will reach all of its subscribers without having to spend time or money on the process.

Should C4AA try to use another social media site? One that came to my mind immediately is Twitter. Much like Facebook Twitter has hundreds of millions of users and therefore fits C4AA’s philosophy of reaching people where there already are.

But no one can guarantee C4AA that Twitter won’t change its business model, its terms and conditions or its algorithm in the future. C4AA would end up with the same problem. Therefore focusing on email newsletters seems to be a wise choice. The big advantage is that C4AA will have the contact information of its fans and the permission to send them emails without any hindering forces in between.

This entry was posted on Monday, October 8th, 2018 at 7:36 pm and is filed under Activism, Social Media. You can follow any comments to this entry through the RSS 2.0 feed. Both comments and pings are currently closed.