In his book ‘Digital Revolutions’ Symon Hill describes a process called the ‘ladder of engagement’ where people move from Facebook ‘likes’ to concrete action. He gives a number of examples from the “We are all Khalid Said” page which was created during the Egyptian uprising of 2011 (it highlighted the death in Police custody of a young man who had been protesting the Mubarak regime and the page helped galvanize support for the uprising) to the Pussy Riot protests to online petitions. In many cases the aim of the page or twitter is not (just) to get likes but to encourage people to mobilise and take concrete action. 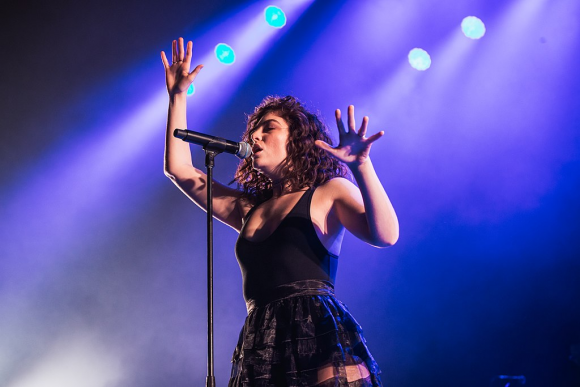 On October 12th two young New Zealand women were fined USD$18,000 by an Israeli court for encouraging the singer Lorde (also from New Zealand) to cancel her scheduled concert in Tel Aviv to protest the Israeli occupation of Palestine and support the Palestinian BDS (Boycott, Divest, Sanctison) movement. The women, Justine Sachs who is of Jewish heritage and Nadia Abu-Shanab who is of Palestinian heritage, wrote an open letter to Lorde explaining what the BDS movement was and why it was important that artists isolate Israel. The campaign grew rapidly on the internet, with online petitions and appeals on twitter and Facebook.

Lorde issued a statement in December 2017 saying that after reading about the treatment of Palestinians by the Israeli state and talking with people involved in the BDS movement, she had decided to cancel her concert.

In the first case of its kind, three Israeli teenagers (backed by an Israeli NGO called Shurat HaDin) used a 2011 Israeli Law, which prohibits the encouraging of boycotts against Israel, sued the two New Zealanders for encouraging Lorde to cancel her concert in Tel Aviv. Their lawyers argued that their “artistic welfare” has been affected.

Though the court has no jurisdiction in New Zealand, Shurat HaDin has said it will pursue the award amount of US$18,000 (eighteen thousand US Dollars) from the two women saying: “We will enforce this ruling in New Zealand and go after their bank accounts until it has been fully realised.”

The two women appear unperturbed, they have received offers to cover the costs many times over, and believe the court action in Israel is an effort to stifle opposition to the treatment of Palestinians and the Israeli occupation of Palestine. The extra money raised in going to support the Gaza Mental Health Foundation

However, the case got me thinking about the power of social media activism and how two young women galvanized support globally in support of the BDS movement which, in turn, convinced a music super-star to cancel a concert, which upset the Israeli state to the extent that it is attacking the initiators of the campaign – cyber activism is real – or can be real: It’s activism with new tools and the internet is an important space for resisting injustice.

This entry was posted on Monday, October 15th, 2018 at 3:23 pm and is filed under Activism, Audio, Campaigns, Journalism, Social Media, Women and ICT, Youth. You can follow any comments to this entry through the RSS 2.0 feed. Both comments and pings are currently closed.