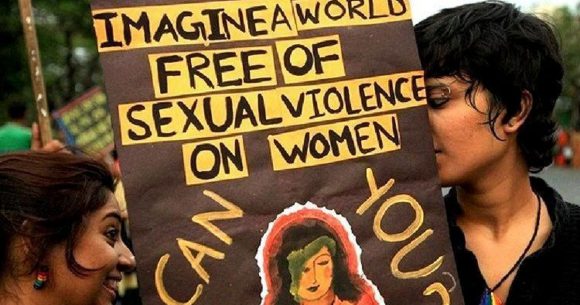 These events became the starting point for Indian women to start sharing their stories about sexual abuse. Prominent men have been named, for example, the current minister of state for external affairs. Some of the accused have denied all allegations, and a few have apologized, and others have remained silent. Time Magazine writes that India has seen nothing comparable to #MeToo and points out that women who rebuff unwanted advances are at risk of being assaulted, raped, or have acid thrown in their faces. Women are often being exposed to victim-shaming, chauvinism, and an infamously inefficient legal system that usually prevent women from naming the offenders or even reporting the assault. This is not a unique problem for India but there are various levels of injustice within the legal system. The most active women are privileged professionals like journalists, actors and lawyers. They highlight sexual harassment and seize the opportunity to share their stories and to be believed.

O’Donnell and Sweetman (2018) explains that a gender gap exists in both access to ICTs and through to the very power to contribute, create and control content. Recent data shows that women worldwide are 10 % less likely than men to own a mobile phone. Of course, gender intersects with other categories such as class and race. Therefor we can assume that only some women are heard, but online action can spread and make people engage in other ways to promote their cause.

It is a giant leap forward for women in India to start a debate on these issues and to join the #MeToo-movement. That they can break the taboo and place the shame where it belongs. It means a lot when a large country like India speaks up about inequalities and sexual abuse. The struggle will continue and hopefully the women will find strength and continue to support and empower each other. Praised be.

This entry was posted on Tuesday, October 16th, 2018 at 2:47 pm and is filed under Activism, Campaigns, Gender, Journalism, Social Media, Women and ICT. You can follow any comments to this entry through the RSS 2.0 feed. Both comments and pings are currently closed.