Although some readers may object that Shifman is wrong when she claims that memes shape the mindsets, forms of behavior, and actions of social groups, I would argue that she is right that although they spread on a micro basis, their impact is on the macro level. This attribute, Shifman affirms, is highly compatible with the way culture is formed in this digital era—marked by platforms for creating and exchanging user-generated content like YouTube, Twitter, Facebook, and other similar applications and sites based on the propagation of content.

Memes may best be understood as pieces of cultural information that pass along from person to person, but gradually scale into a shared social phenomenon. Limor Shifman, 2014

When it comes to the topic of how good as a tool to spread a message a meme can be, activists and creative strategists assert that memes have always been used by social movements to spread stories of liberation and change. This can be illustrated with the incredible spread of Occupy Wall Street’s phrase “We Are the 99%” which evolved into a meme and it has shown not only how a meme can be used to spread a powerful social change message but also it can serve as an organizing tool. 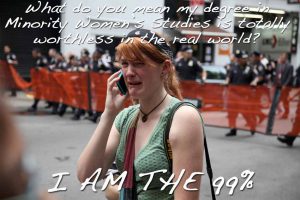 Further, while exploring the OccupyWallSt.Org Facebook page, one can find several memes used to raise consciousness and to motivate the activists’ performance. See below: 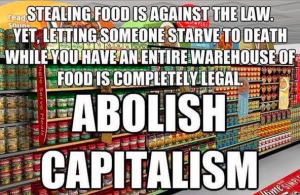 In this sense, one should consider memes as a medium that supports social movements and as a tool to raise awareness from a different perspective about important issues like those presented in this article. Memes create new ways to engage in different debates. Therefore, the use of memes produces public opinion as they raise the private conversation to public debates.

There are also memes that address the fight for equal pay as we have seen during recent protests such as the Women’s March. The protesters, committed to meaningful action, empower, encourage people, raise awareness about the current administration, to have a final say about female bodies, and so on—these goals were also encapsulated in memes.

To exemplify how memes supported this movement, see these images of Gene Wilder from “Willy Wonka and the Chocolate Factory” (1972). They have been used by many people as a condescending quip online, certainly to address gun violence in the US, and also the regulation to access to birth control, abortion, sexism, and so on. 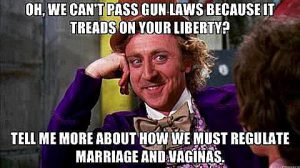 With humor, people have also replied to the “Not All Men” campaign, a phrase that has been re-appropriated by feminists and turned into a meme meant to parody its pervasiveness and bad faith of claiming “not all men are like that” as a general defense of men in gendered criticisms of their behavior.

If Shifman examines memes as a social phenomenon, Zeynep Tüfekçi (2017) reminds us what I consider an important point about memes—parody and humor, she remarks, have a long history [in Turkey and in other countries] as genres for dissident politics. Political criticism, youth culture, and humor sites had merged and had become part of the networked public sphere. With its ability to generate information cascades and go viral through funny and biting political satire, its humor-laced but sharply political meme culture, echoed hundreds of years of tradition when poets and jesters would use sarcasm to criticize what was seemingly untouchable.

Digital media, as Zeynep Tüfekçi asserts, enhance the visibility of a cause and can assist the breakdown of pluralistic ignorance, but what is less noticed is how connectivity also supports a sense of camaraderie and community—even a hashtag storm can create a sense of belonging as we have seen in the #OccupyMovement example.

What lies behind memes

Memes can emerge as a counterpoint to mock campaigns as it happened with the recent #BelieveWomen and #BelieveFord movement. After the Brett Kavanaugh Supreme Court confirmation hearings, a post sparked a Twitter trend. According to a New York Times publication, it appeared to suggest that at this point, men have fallen victim to false sexual assault accusations: a mother, who apparently condemned what she considers false sexual assault accusations made by radical feminists,  used the hashtag #HimToo, and this is what happens when a twitter goes viral: 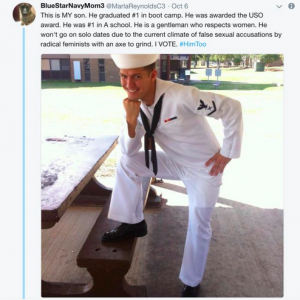 #HimToo has become a way for media users, often conservatives, to express their support for men who they believe have been falsely accused of sexual assault or harassment. In contrast with this trend, many people posted memes using #HimToo but with a different message: 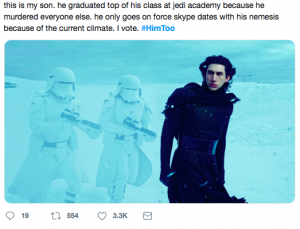 An ashamed son then Tweeted: 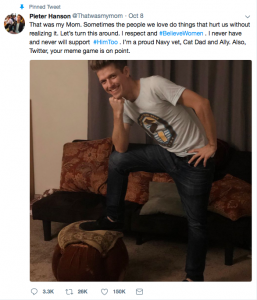 The upshot of all this is that, though I disagree that memes are essential to building a movement, I still insist that they challenge the status quo with humor, giving voice to people and to activists in protests when they want their message to be heard by the masses. Nonetheless, this is just a starting point for a more deepen discussion about social media activism and the limits of humor.

4 thoughts on “Memes: Can We Take Them Seriously?”