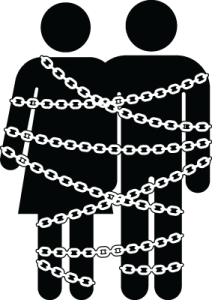 The concept of forced marriage as a human rights violation is not universal.

As a virgin blogger, I introduce my first of a compilation of blogs forthcoming which will explore the impact of global communication upon fundamental human rights issues key on international aid sector agendas.

Inspired by my own questions and self-reflection, I begin this first blog discussing the often reservedly approached topic of forced marriage.  As my discussion unfolds I draw upon researched data instigating aid sector response, introduce personal stories of those directly or indirectly impacted by forced marriage and consider if a connected world makes a difference.  My initial thought was that this discussion has been exhausted on social media. I then considered why then is legislation criminalising forced marriage only fairly recently coming into force in many countries? Possibly because the concept of forced marriage as a human rights violation and criminal act is not universal.

Has her family/culture deceived her and sent her away to be married without consent?

Has her family/culture sold her to be married?

Has her family/culture forced her to marry under the age of 18?

Has my own family/culture allowed me freedom to marry whom I chose, when I chose or not marry at all?

“A forced marriage is when a person gets married without freely and fully consenting. This may be because they do not understand the nature and effect of the marriage ceremony or they have been coerced threatened or deceived, because of emotional pressure from their family, threats of or actual physical harm, or being tricked into marrying someone.” My Blue Skye

Boys are impacted by practices of forced marriage, however girls are predominantly targeted. Many cultures around the world condone and facilitate the marriage of girls under the age of 18 against their will, irrelevant of the practice being a human rights violation.   UNICEF estimates that 11% of women worldwide are married before reaching the age of 15 and 40% in developing countries under the age of 18 UNICEF.

Placing aside for one moment that forced marriage is a human rights violation of freedoms alone, let’s consider the negative impacts that are frequently consequential of forced and child marriage.

Contemplate your own freedoms and rights as you consider your life or your own children’s lives impacted by:

“Child marriage is also often accompanied by early and frequent pregnancy and childbirth, resulting in higher than average maternal morbidity and mortality rates” Anti-Slavery and OHCHR 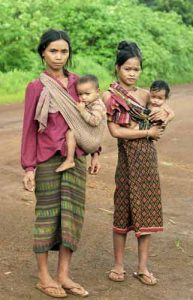 FORCED marriage…..The responsibility of Aid and Government sectors to address and/or communities?

Legislation was introduced in Australia in 2013 criminalising forced marriage. “It is illegal to take or send someone to another country for a forced marriage or get someone else to organise this. Sometimes people are taken to another country against their will to be forced into a marriage. This is also illegal and can result in imprisonment.” Australian Government DSS

Australia and other countries have family law / airport watch lists in place where people at risk of coercion of being sent overseas for the intention of forced marriage can opt to navigate legal processes enabling them to be flagged by immigration when approaching departure resulting in the likelihood of departure prevention (subject to local laws). Another interesting, yet in my opinion holding high risk of assurance, as tweeted:

If you're being taken abroad against your will for;

HIDE A METAL SPOON IN YOUR UNDERWEAR

Metal detector will alert airport security who will secure your safety! pic.twitter.com/WG8fDYlxWQ

How often have you had metal on you and the customs and immigration detectors did not sense the item?

So is it only the lucky ones who live in countries like Australia where legislative and protection measures are in place to prevent forced marriage?  What about the more than 15 million estimated to be living in forced marriage as at 2016  ILO Alliance Global Estimates of Modern Slavery  who may not have the privilege of such legal protection mechanisms? 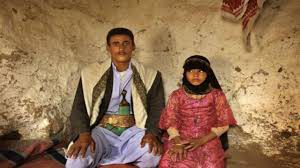 Whilst there is a legal difference between an arranged marriage and a forced marriage, coercion may draw a fine line in escaping the parameters of legislation as Meriam explains:

This begs the question: Are legislations and global collective implementation of  UN Sustainable Development goals UN SGDs Goal #5 Gender Equality – Facts and Figures to eliminate forced marriage through advocacy and support of aid agencies the paramount preventative measures, or is a bottom up, behaviour change approach from within cultures condoning forced marriage a necessary direction? If culture is considered to be the perpetrator of forced marriage, then by empowering generations of girls and women, and educating girls, women, boys and men of all cultures through communication and use of  technology instigating global awareness, can cultural change become the preventative measure of forced marriage entirely?  Zarif Sahin, a victim of forced marriage shares her story Breaking the Cycle of Child Marriages: Zarif Sahin at TEDxRockCreekPark

I hope you will return to this space as my blogging experience evolves…. Future blog: How will the world eliminate Modern slavery? The government’s responsibility? The aid sectors responsibility? OR the person in the mirror… The Consumer?

I acknowledge the traditional custodians of the land I live on. I pay my respects to the Elders past, present and emerging, and to the the traditions, the culture and hopes of Aboriginal and Torres Strait Islander peoples across the nation.