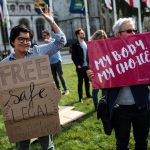 I attended The Fight for Women’s Reproductive Freedoms event in Sydney, Australia during the week leading up to International Women’s Day on March 8, 2019.  I was enticed by a “fascinating panel discussion examining threats to women’s reproductive rights in Australia“ with my prior misconception that Women’s reproductive freedoms in Australia today were more liberal than I realised. Panelist, General Practitioner and fairly recently elected local New South Wales (NSW) Politician Dr Kerryn Phelps noted during the panel discussion that the majority of the general public she encountered understood abortion to be legal in NSW. However, this is not the case. Women in Australia have historically and continue to cross state borders in order to access safe, affordable and legal abortion.

Global extensive debates and protests for Women’s reproductive freedoms are most certainly not unique to Australian states and territories.  Whilst in May 2018 the constitutional ban on abortion in Ireland was revoked and celebrated by many, conversely in August 2018 in Argentina, where as reported by Human Rights Watch an estimated 500,000 abortions occur every year, the Argentinian Senate voted down a bill to decriminalize abortion. 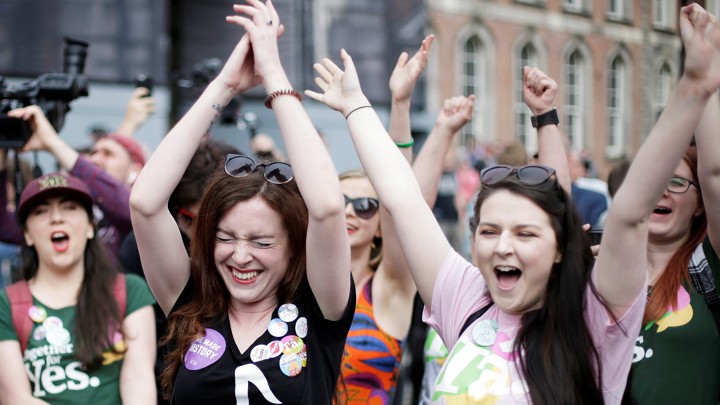 Returning to the Australian context

It is perplexing that laws within the same country can be so contrasting.  Following is a table outlining abortion laws in Australia:

Navigating the system of Abortion in Australia: what are the laws in each state? appears to be bewildering for an educated legal or medical professional let alone a lay person. This draws me to the issue raised during the panel discussion in support of Women’s Reproduction Freedoms with particular focus on the essential need for the medical profession to remain objective in their professional conduct and refer accordingly for women to receive the best possible treatment available according to the patient’s decision.  This begs the question of trust in the medical profession to not be subjective, particularly if a woman or girl does not understand her legal rights and services available within that state or territory.  Where may she turn to as an alternative solution?

Is Information and Communication Technology (ICT) the interim answer until all women are legally granted reproductive freedom and autonomy over their own body?

As the prolonged global abortion debate endures and protesters, notably often predominantly men, continue to linger outside clinics that legally provide safe abortions, in order to harass the women or girls who enter.  These are women and girls whose stories the protestors are none the wiser of except that she may be pregnant and seeking to understand her options.

Although rightfully determined by law and provided by licensed practitioners, Telemedicine is enhancing access to medical assessment and treatments via use of communication technology.  Licensed practitioners are able to conduct health assessments via smartphones and video conferencing. Women on Web “is a digital community of women who have had abortions, medical doctors, researchers, and individuals and organizations that support abortion rights”.

Whilst the internet can indeed be criticised for the plethora of misleading and potentially dangerous information, access to substantiated and endorsed communication about medical abortion by women and girls who may be deprived of autonomous rights over their own body may be invaluable and potentially lifesaving.

“Medical abortion is one of the most significant developments in the field of reproductive health, both in countries where abortion is permitted on broad grounds or on request and in others where it is highly restricted”

When laws prevent and inhibit Women’s Reproductive Freedoms, then under what circumstances should safe and accessible abortion be a Women’s right?

As you consider the ethical dilemmas addressed in this blog, I invite you to visit my first blog that discusses forced and child marriage and explores that “Child marriage is also often accompanied by early and frequent pregnancy and childbirth, resulting in higher than average maternal morbidity and mortality rates” Anti-Slavery and OHCHR.  Whilst reportedly, the UK law permitted this victim of forced marriage the right to access safe abortion, consider countries where victims of forced marriage may not be granted this legal right or freedom.