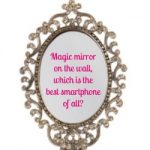 More importantly where, how and by whom was it made?

Should every consumer be asking themselves this question?

Time pressed and blogging on yet another important issue… 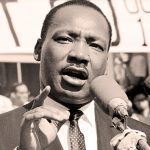 “I am convinced that if we are to get on to the right side of the world revolution, we as a nation must undergo a radical revolution of values,” King said in his “Beyond Vietnam” speech. “We must rapidly begin … the shift from a thing-oriented society to a person-oriented society. When machines and computers, profit motives and property rights, are considered more important than people, the giant triplets of racism, extreme materialism, and militarism are incapable of being conquered.” Martin Luther King, Jr 1960

Welcome into a world of Modern Slavery:

The term Modern Slavery is a relatively recent term used in reference to practices of exploitation including:

debt bondage – “the status or condition arising from a pledge by a debtor of his personal services or those of a person under his control as security for a debt, if the value of those services as reasonably assessed is not applied towards the liquidation of the debt of the length and nature of those services are not respectively limited and defined”

human trafficking – “Trafficking in Persons as the recruitment, transportation, transfer, harbouring or receipt of persons, by means of the threat or use of force or other forms of coercion, of abduction, of fraud, of deception, of the abuse of power or of a position of vulnerability or of the giving or receiving of payments or benefits to achieve the consent of a person having control over another person, for the purpose of exploitation. Exploitation shall include, at a minimum, the exploitation of the prostitution of others or other forms of sexual exploitation, forced labour or services, slavery or practices similar to slavery, servitude or the removal of organs”

Statistics indicate that in 2017 over 40 million people were victims of modern slavery. 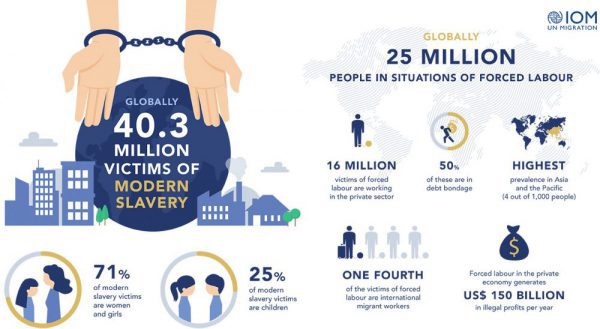 Is supply and demand or demand and supply the root cause of modern slavery?

Big brand clothes, shoes and fashion accessories aside, the extreme rate of advancing Information and Communication Technology (ICT) increases demand for the latest products.  This is evident by the Queues of consumers waiting outside stores to purchase the latest phone or device to replace the most likely perfectly functioning device already within their possession.  If only ICT could advance in the cyber world alone without the need to upgrade the operational device. E-waste is a significant concern that the consumer should be thinking about. Equally should modern slavery, or is that just out of sight, out of mind because it occurs across borders or is not considered to have occurred within the supply chain that placed the particular product of choice in front of the consumer?

France: Duty of Vigilance Law, referred informally as the “Rana Plaza Law” became legislation in France in March 2017 instigated by the collapse of the Rana Plaza textile factory in Bangladesh in 2013 which claimed the lives of over 1300 workers.  The Rana Plaza was the supply chain for international renowned fashion labels.

UK: Modern Slavery Act became legislation in the UK in 2015

Recent introduction of legislations in the high ‘demand’ countries of the world prompted my further contemplation of the concept of the ‘mirror’ and the consumer really looking at themselves, not only how they look in that fabulous marked down 100% cotton designer label dress, also their ethical purchasing decisions.  Should it take legislation for suppliers to act or can the consumer influence the demand and supply?

How can the consumer be influenced to make an ethical decision whilst considering purchasing an ever so aesthetically pleasing or highly desirable product that is tagged with a label of microscopic writing in varied languages essentially advising the country in which the product is made and its elements.   Truth be told, who actually reads these labels!

Let’s bring ICT back into the picture.  Might education at the consumer’s fingertips with a simple label scan using their hand held communication device influence ethical purchasing decisions? Blockchain technology is one way, though not without its own ethical considerations and potential flaws.

What Is Blockchain? “Blockchain is essentially a decentralised, cryptographically secured, immutable database that has a wide range of applications beyond the world of cryptocurrencies and finance. technology enables users to make transactions or share data without the need for an intermediary. All transactions are broadcast to the entire network and verified by users within the network. Consensus is reached using complex cryptography and records are locked into the blockchain by being ‘chained’ to the previous block. It is impossible for one party to add information to the chain without the consensus of the group, and all records remain on the blockchain unchanged to be viewed by participants at any time.”

“Case Study: Tuna The World Wildlife Fund (WWF)4 in Australia, Fiji and New Zealand, in partnership with US-based software company ConsenSys, technology implementer TraSeable and tuna fishing and processing company Sea Quest Fiji Ltd, launched a pilot project in January using blockchain to track tuna ‘from bait to plate’. The purpose of this project is to combat the modern slavery and human rights abuses that plague the fishing industry, by recording the journey of each tuna fish to ensure that they are not sourced from illegal fishing boats prone to slave labour.5 This project uses a combination of radio-frequency identification (RFID) tags and quick response (QR) codes to tag the tuna as they are caught. The code is then recorded on the blockchain, and scanned throughout the tuna’s journey to market. It gets a little more complicated when the fish is processed, but the project team is now able to link the QR code tags on the packages of the processed fish with the record of the original fish on the blockchain. The end user may then scan this QR code, and verify that the fish that they are consuming has been caught on a fishing boat that is verified not to be engaged in modern slavery and human rights abuse.

I guess we need to question if our materialistic society that is so overly consumed with things is capable of shifting from a thing-oriented society to a person-oriented society, can community lead campaigning and development enact the necessary behaviour change without the need for enforced legislations.