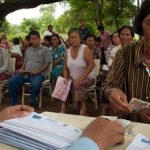 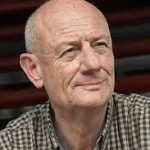 Chief Advocate of World Vision Australia, shares thought provoking conversation in an ABC (Australian Broadcasting Commission) Radio National 40 minute podcast: Tim Costello and the lessons of Gandhi.  Tim Costello tells the story of his son’s Birthday party when the cake is being cut up for the children attending the party.  Following the candle blowing formalities, a guest Mother questions the cake distribution process asking if it is fair:

Mother cutting the cake responds that traditionally at birthday parties the cake is cut into evenly sized pieces for each child/guest to receive a receive a piece of cake.

Guest Mother then asks, but did you ask each child if they wanted a piece of cake and what size they wanted?

Should all aid providers ask this question of aid recipients or is aid provision, typically from the global north to the global south, based on what the aid providers perceive to be in the aid receiver’s best interest?

Inspiration to write this post stemmed from my own ‘white saviour’ work and participation in a past emergency crisis relief effort involving the massively media-hyped coverage of a huge jumbo plane routed via multiple countries containing large tonnes of non-food relief items intended for distribution to save and enhance the lives over 75,000 people affected by a natural climate disaster. Considering the cost alone for these aid items to be acquired, packed, stored, unpacked, transported and distributed to those in need is truly inconceivable, considering how much more effectively and broadly those aid funds could have been utilised through cash transfers to those in need.  Not to mention gracing recipients with dignity and autonomy over their own lives and needs.

Concluding Tim Costello’s thought provoking 40 minute podcast: Tim Costello and the lessons of Gandhi, Professor David Sanderson, architect with over 25 years experience working in global crisis and disaster risk reduction, supports the most simplistic, not exactly innovative concept of providing money to those in need. In the words of Professor Sanderson “the poor, survivors of disaster and Refugees know best what to do with tight resources. They have triumphed in adversity already”.  Professor Sanderson’s recount of ineffective aid relief distribution such as toothbrushes to communities where toothpaste is inaccessible, triggered my own awareness of similar scenarios such as aid provision of huge quantities of canned beef to Nepal following the 2015 earthquake. Nepal being a country where cows are deemed sacred and not considered protein! Distribution of disposable nappies/diapers to communities who have only ever used re-washable cloth!  One must question who is responsible for developing such aid initiatives, certainly not aid recipients, as should be the case.

Provision of cash aid is not a new concept. Reviewed by Duncan Green, strategic adviser for Oxfam GB  as “an excellent and readable compendium of country experiences, arguments and research findings” published in 2010, the book with arguably a rather demeaning title: Just Give Money to the Poor by academics David Hulme, Joseph Hanlon, Armando Barrientos argues that just giving cash over conditional cash transfers is “the most pomising approach not for just avoiding hardship and reducing poverty, but for long-term development as well” (David Hulme, Joseph Hanlon, Armando Barrientos, 2010) 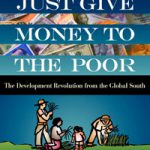 With advancing communication and technology, renowned humanitarian organizations like the WFP (World Food Programme) are adopting cash aid platforms with the use of Blockchain technology (explored in my earlier post) Can ICT (ironically) influence a thing-oriented society to become a person-oriented society?

Building Blocks, started this year, helps the World Food Program distribute cash-for-food aid to over 100,000 Syrian refugees in Jordan using #blockchain.
A test for sister UN agencies, by year’s end the program will cover all 500,000 refugees in Jordan. https://t.co/lLVs4bWPsd

The dilemma is the donor’s need for demonstrated effectiveness of donations as perceived by the donor i.e: improved health, living conditions, improvement in education etc…  Whether donors or partners of well-intended microfinance institutions like the Grameen Foundation or you or I clicking on ‘donate’ to a disaster response fundraiser, we want to know that our cash was beneficially utilised and seek proof of this through reports, Blockchain statistics and stories from the funding organisations.

Is letting go of micro-managing aid donations possible?  Necessary therefore is for the mindset of the donors to change through trust and awareness of the cash recipient being the expert in their own best interest.  The donor can also safely assume the recipient has the entrepreneurial and life skills to self-manage unconditional cash donations, as ironic as this sounds!