There is a traditional East African proverb which states “until the lion tells the story, the hunter will always be the hero.” It is often and aptly used to discuss stereotyping, prejudice and bias from Western and colonial perspectives, especially in media coverage of events in Africa.

International news coverage of the devastating crash of Ethiopian Airlines Flight 302 on 10th March 2019, minutes after it took off from Addis Ababa, en route to Nairobi, Kenya, sparked a heated debate about media representation, western stereotyping and the erasure of African perspectives.

This Al-Jazeera – Episode of The Stream, aired Mach 18, really delved into the matter. Please watch first, then read my views on the question below posed by Al-Jazeera’s The Stream.

Soon after Flight 302 lost contact with airport control on March 10, it crashed to the ground near Addis. Tweets and breaking news headlines came in a flood: 18 Canadians dead in Ethiopian Airlines crash (Wings Magazine) one of the headlines screamed, in the hours following the crash.

Although the passengers and crew aboard came from 35 nationalities – including Ethiopia, Kenya, (which had the highest number of casualties), the United Kingdom and Canada, initial news reports – especially by the larger foreign press, appeared to focus on the foreigners.

The Stream episode posted above, tries to unpack coverage of the crash and the implications of “western bias” reportage  with several pertinent examples.

Other newswires and commentators tried to cast doubt on  Ethiopian Airlines’ competence and credibility, blaming a supposed “terrible track record,” the example of a plane crash follwing a 1996 hijacking and the supposed “inexperience” of  the pilots.

“This idea that this was an African airline meaning that there are certain doubts about the competence of its people.kept being pushed ..and I think that there is a tendancy within the international press to make assumptions about what it is to be Africa and to bring that into their coverage,”said Patrick Gathara, political commentator in The Stream episode.

“There is no excuse for that, it’s a simple lazy, reckless way of reporting…of covering Africa as a western journalist,” Germany-based Tsedale Lemma, Editor-in-chief, Addis Standard, said commenting on some of the reporting during the same programme.

“There is that element into it that you are rushing to create a headline because you are catering to a corporate media that is monetizing content. So you are pushing that ridiculous headline,” she said.

"There is that element into it that you are rushing to create a headline because you are catering to a corporate media that is monetizing content. So you are pushing that ridiculous headline," says @tselemma about false reporting.

One veteran flyer Alex Macheras weighed in on the social media discussion in the wake of the crash in defence of Ethiopian Airlines, pointing out the link between the type of aircraft in the crash – a Boeing 737 Max – and the Lion Air crash in Indonesia last year that killed 189 people.

LIVE: Let’s be clear, @FlyEthiopian is an incredibly safe & trusted airline. This is not an airline with a “poor safety record” as the presenter said. #ET302

Claiming @FlyEthiopian is an airline with a “poor safety record” because of hijacking attempts over last 20 years is irresponsible.

Examining the critique that “Western media representations of Africa are still shaped by colonial ideas, exoticism, feelings of white superiority and, ultimately, racism,” is an important issue in academic discourse on communications for development. See:

Using the word “Africa,” rather than being country specific, prioritizing commentary from western sources, biased reporting that does not adequate weight or prominence to voices of the victims, or as in this case, local sources and authorities in Ethiopia about the crash, are all ways in which the “lion’s tale,” is minimized.

Explaining why they started a #savetheirnames hashtag in the days after the event, “This is Africa,” an online publication said it was to address the identity erasure of the African victims.

“In order to give a name and a face..and stories.to the individuals who died in the crash. We want to go beyond numbers,” Socrates Mbalu said.

As of the week, (March 19-26), Al Jazeera The Stream ranked “How do Western media get Africa so wrong?” as its second most shared video clip. 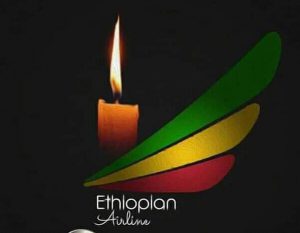