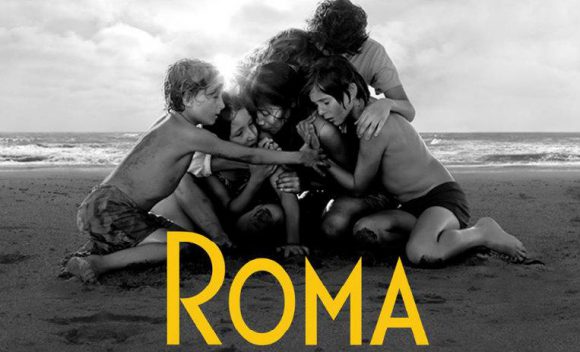 Yalitza Aparicio, first indigenous woman nominated for an Oscar for the Best Actress.

Alfonso Cuarón’s film “Roma” (2018) recently won three Oscars at 91st Academy Awards, for Best Director, Best Cinematography and Best Foreign Language Film. “Roma” was also nominated for seven other awards, including for Yalitza Aparicio as Best Actress. Nonetheless, Yalitza was first indigenous woman nominated for an Oscar for Best Actress, and though she didn’t win, she’s still a winner in the eyes of her fans and she continues breaking barriers.

Yalitza Aparicio, starred as Cloe, a domestic housekeeper for a Mexico City middle-class family living in a neighborhood where director Alfonso Cuarón was raised. Aparicio speaks in the Mixtec language[1] and in Spanish, and navigates through different worlds for her own survival. In other worlds, Aparicio is playing different roles; she is an indigenous housekeeper in a rich white middle class family, migrant worker, and single pregnant female looking for better future.

After Oscar nominations were announced, Sergio Goyri, a Mexican telenovela[2] actor, criticized Aparicio’s Oscar nomination. While having a private chat with his friends, Goyri appears calling Aparicio “pinche india” [3] in a live Instagram video, who, in his opinion, throughout the whole movie keeps saying, ‘Yes, ma’am, no, ma’am’.

#Racism is very much alive and kicking EVERYWHERE. Let’s fight for #diversity to be celebrated and #indigeneity to be respected. #TodosSomosYalitza https://t.co/RxuTyTWKNz

This careless social media stream against Aparicio’s Oscar nomination coming from a non-indigenous man does not only represent Mexico’s long history of discrimination against the indigenous population, but reveals something deeper: the reality behind closed doors in America.

However, it is interesting to note that Aparicio, among Mexican-American women is receiving strong support while in Mexico she’s being backlashed because of her indigenous roots.

While in theory of film industry there is demand for better representation of marginalized “other”, in praxis reality looks completely different. Although, Aparicio does not represent all indigenous individuals, in white world she will get these responsibilities as it happens to many non-white people in similar situations. Hence, her role is very significant as she is challenging and breaking the borders of discrimination, both in Mexico and globally.

Mexico has a long history of discrimination against the indigenous population. Its route can be traced back in the period of Spanish colonization where white was defined as beautiful, and dark skin relegated to invisible. Today, Mexican media follows similar patern, having primary focus on white/lighter-skinned Mexican TV presenters, actors and actresses, while marginalizing indigenous people and focusing on promoting outdated stereotypes. Aparicio’s Oscar nomination can be seen as signal of shift in Oscar’s nomination, especially after #oscarssowhite tweets in recent years, but sadly Aparicio in “Roma” plays indigenous housekeeper of the rich white family just as it is very often seen in Mexican telenovelas. 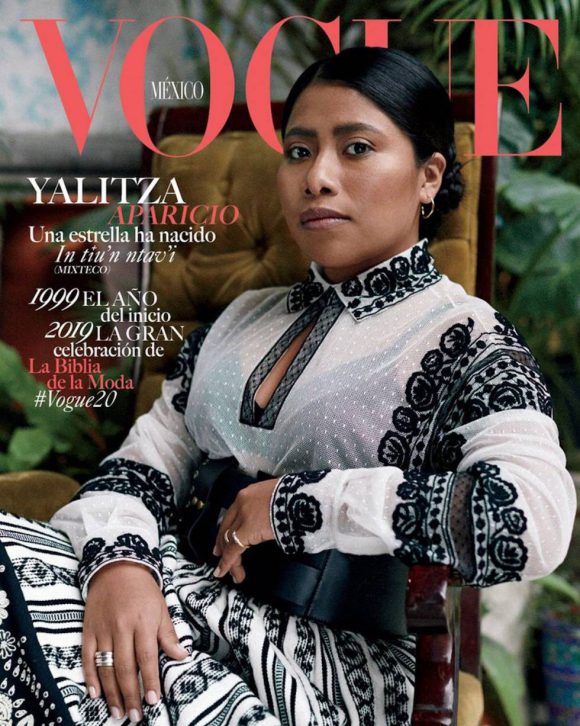 There is a gradual increase in representation of indigenous people in Mexico´s media. Aparicios efforts to represent those who look like her is visible on the cover of the Vogue Mexico, where she received positive response from her fans but also some negative just as she received from her colleague Goyri. Just as there is positive example, another negative comes: one of the Mexico´s most popular fashion magazine Hola! decided to light-up Aparicio´s skin tone on the main photo cover.

Apparently, Yalitza Aparicio is both pretty and famous enough to be on the cover of one of Mexico’s most well read fashion magazines, @holamexico, but she’s still too brown for their taste so they mega photoshopped her. pic.twitter.com/YrLLkKVrSy

[1] Mixtec is an ancient Indigenous language composed of a variety of dialects that are spoken in villages in an area known as “La Mixteca” in southern Mexico.

This entry was posted on Thursday, March 7th, 2019 at 6:28 pm and is filed under Activism, Author: Vesna Vukoja, Gender, Racism. You can follow any comments to this entry through the RSS 2.0 feed. You can leave a comment, or trackback from your own site.