What do you think of when you think of Afghanistan? It is war? Osama bin Laden? Explosions making headlines, or not making headlines anymore as the case may be? Maybe it’s the heavily photographed blue burqa; a small strip of mesh allowing the wearer to look out upon the world yet stops the world from looking in? Or perhaps it’s a younger generation rising up against traditional gender norms entrenched in Afghan society? 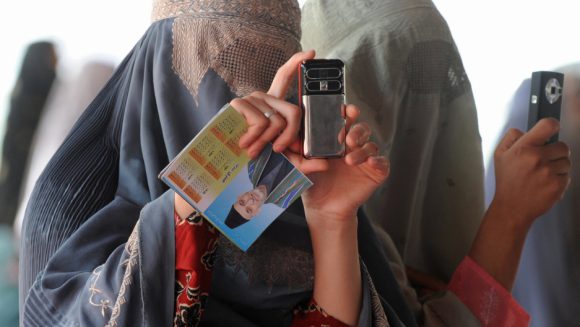 As I travel the across Afghanistan, at times from behind a strip of blue mesh myself, it becomes apparent that after the Taliban regime was brought to an end in 2001 and access to digital telecommunications became a reality for many Afghans, parts of the country began embracing a social shift to engaging in socio-political discourse in response to growing communications infrastructure. Buzzing mobile phone stores selling credit line the bazaar streets as we pass through, reinforcing a 2017 survey which found an estimated 67% of the total population now carry mobile phones. In remote villages, tucked into Afghanistan’s famed sweeping mountainsides, satellites dot the rooves of mud houses beaming television channels and providing internet access into homes reliant on solar power.

Yet amongst growing access to information and seemingly progression, gender relations in Afghanistan remain a source of tension within society. Hussain and Amin (2018) argues that women in Afghanistan are experiencing both the expansion of opportunities as a result of the technological shift and entrenched resistances due to traditional societal roles. For those who advocate for a change to women’s roles in Afghan society, such as Tahmina Arian and Laleh Osmany of the #WhereIsMyName movement, access to social media has provided a means to do so.

Activism for women’s rights, against a backdrop of ongoing violence, is often too dangerous within the public arena, as demonstrations are often targeted by those fundamentally opposed. It is therefore clear that social media, as a mobilizing platform for socio-political discourse, is an asset for activists within Afghanistan. Social media provides an opportunity to express opinions, converse with others around the world, and mobilize others all with potential anonymity of the internet; actions which could be life-threatening in an off-line world.

In the Afghan context, it is rare that women can join together outside their homes to express themselves. Even the minority of women who were able to attend, who are in the minority, were rarely given space to reflect more broadly on the consequences and further implications of unequal gender norms. While humanitarian and other iNGO actors have actively worked to mobilise women to advocate for their rights through peer support groups, social media has provided a means for women to empower themselves via existing structures. 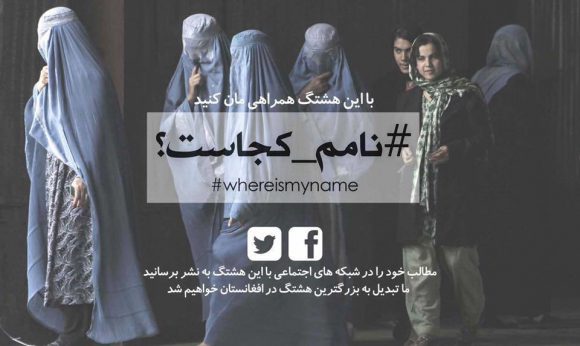 #WhereIsMyName was developed by Arian, Osmany, and other new university graduates in the summer of 2017. The campaign began online, fighting for a woman’s right to have her own individual identity rather than only being identified in relation to their spouse or male relatives. Considered dishonourable, men avoid saying the names of their mothers, sisters, daughters and wives; rather they are called “sister of” or “wife of”. The group behind #WhereIsMyName says it believes “giving women back their names is the first important step in encouraging them to assert their rights in a society where violence and abuse against women remain major problems”.

The hastag #WhereIsMyName doubled not only as the name of the movement, but also as online marker on Facebook and Twitter, which gained substantial traction both in Afghanistan and overseas. “We launched the campaign in cyberspace and we made good use of it,” Osmany said. “The issue is now being debated in the real world — people and media are now talking about it.” 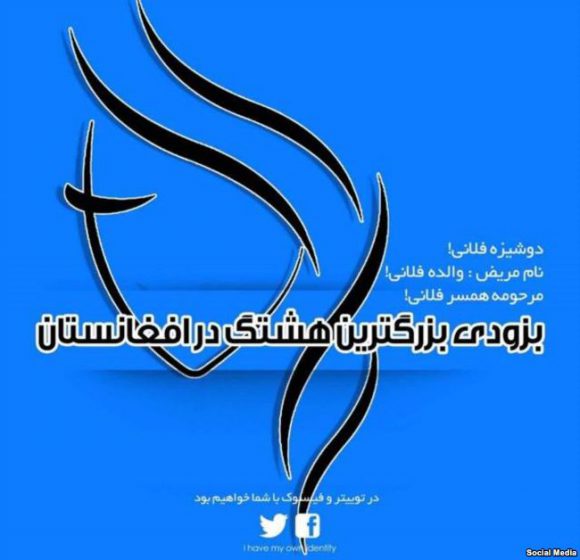 As an activist movement raising women’s awareness gender inequality and the denial of rights, #WhatIsMyName demonstrates fundamental feminist theory. Hooks (2000, p7) argues that “feminists are made, not born. Like all political positions one becomes a believer in feminist politics through choice and action”.

Almost two years on, gender inequality with Afghanistan continues to spark debate across political and public spheres. Has #WhatIsMyName brought about a drastic change to traditional gender norms? I would argue not. Afghanistan is still remains one of the most dangerous places to be a woman, with many confined to responsibilities for the home and family. However, it has exemplified something important; women are no longer restricted to their immediate physical circle, they are able to engage in discourse online, mobilize one another and proactively challenge such gender norms peacefully against a background of violence. In essence, every woman with a social media account has the possibility to be an activist; a possibility that did not exist 15 years ago. It is this possibility, coupled with the growing new media infrastructure, that suggests there is a hope Afghanistan’s future narrative does not have to be about war, Osama or burqas and rather, about a group of young Afghan women who defied the odds.

This entry was posted on Saturday, March 16th, 2019 at 11:05 pm and is filed under Activism, Author: Abigail Drane, Gender, Women and ICT. You can follow any comments to this entry through the RSS 2.0 feed. You can leave a comment, or trackback from your own site.