Taking it to the Streets; Protesting Pakistan

‘Let’s take it to the streets’ isn’t just some cheesy line from a 00’s hip hop battle film. In fact, Pakistani women have been taking it to the streets long before Step Up 2 hit cinemas. Women’s right activist Leena Ghani recounts the famous demonstrations during military dictator Zia ul-Haq’s martial law in the 1980s, “many women before us have paved the way for us. There is a tradition of women being politically progressive in Pakistan.” International Women’s Day 2019 was no different; the streets across Karachi, Lahore and Islamabad were filled with a rallying cry, as women with bright sloganed placards marched along them. Under the banner of ‘Aurat March’, women gathered to show solidarity with their fellow women to push for accountability and restorative justice against violence, harassment, and injustice. 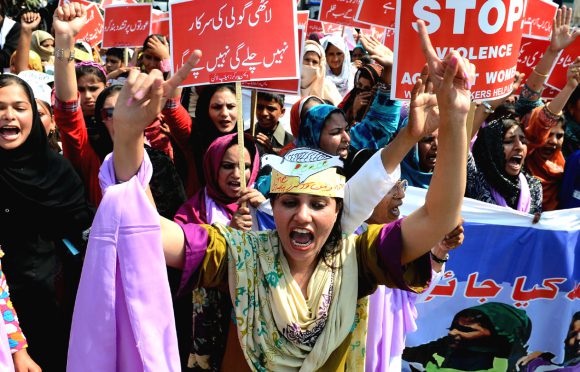 In Pakistan, women face discriminatory laws in many aspects of life, including child marriage, divorce, law of inheritance, while often vulnerable to violence such as acid attacks or honour killings, which are practiced in parts of Pakistan. Of the 22 million children who do not attend school, the significant majority are female, while the World Economic Forum ranked Pakistan as the second worst in its 2018 Global Gender Gap Report, with one of the lowest rates of female labour market participation in the world. Such discrimination has led to a wave of social media safe spaces for women, those identifying as women or non-binary. “Given the issues the average Pakistani woman faces – sometimes with nowhere to go – creating a space that recognises a woman’s right to be there is integral,” says Kanwal Ahmed, the founder behind the Facebook group Soul Sisters, with almost 150,000 group members.

IWD 2019 marked the second Aurat March, yet it took place among a tense geo-politcal backdrop. In February a suicide bombing took place in Kashmir, setting of a series of military and political escalations amongst India and Pakistan. Therefore, in addition to advocating for the rights of women through the march, and while ensuring not to detract from this, another call of the march was added to end tensions between the two countries, invoking a feminist opposition to war. 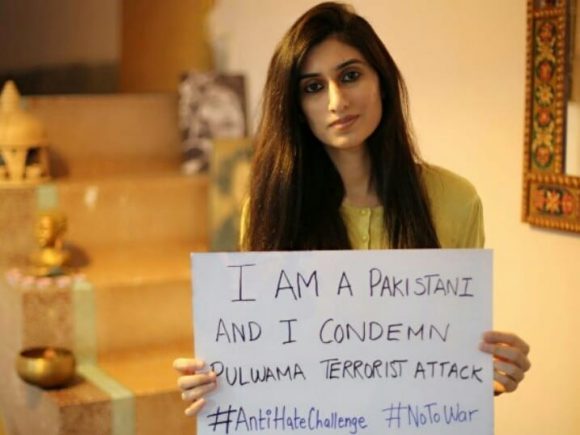 Subsequently, in the days leading up to IWD, Sehyr Mirza, a peace activist based in Lahore, began using a hastag #AntiHateChallenge to challenge terrorism and conflict within the region, and soon it went viral. “The #AntiHateChallenge campaign was solely led by women from Pakistan to express solidarity with Indian friends. We were the first ones to break the silence and talk about peace,” says Mirza. “We mostly get to see such campaigns initiated and led by men.” The use of social media allowed those involved in the movement to share their protest and thoughts directly with the government, but also crucially, connect with the other side; India. In fact, Mirza found many Indian women who were just as vehemently opposed to the escalation of conflict as she was.

Social platforms during such a tense time helped bridge the divide between feminists seeking peace; a divide which the diplomatic reasoning seemed to be unable to do. The digital platforms have also allowed for a fostering of dialogue amongst likeminded women; a channel which has not be used prior. Furthermore, it is a tangible representation of women able to occupy both the physical and digital space to promote and give a voice to their values. Immediately, Pakistan’s IWD march went beyond advocating for women’s right’s within the Pakistani public sphere, giving means to inject a women’s voice into diplomatic engagement; a voice that is not heard often enough.

This entry was posted on Friday, March 22nd, 2019 at 3:02 am and is filed under Activism, Author: Abigail Drane, Gender, Human Rights, Women´s Strike. You can follow any comments to this entry through the RSS 2.0 feed. You can leave a comment, or trackback from your own site.