Colorful silhouettes transforming by sneezing. Protesters and police forces clashing in a dystopian version of Poland. Jews hiding during the Second World War. A mother meeting her young daughter right before Christmas. A wide variety of genres and themes are displayed in the Polish short films at the International Female Film Festival Malmö. Early signs of spring outside are blocked by thick curtains this weekend in April. It’s definitively worth it.

This annual festival, IFEMA for short, screens films by female directors. Some aspirations for the festival are to act as a platform for gender debate, to give women a place for networking, and to highlight the importance of women’s view of the world. The event is arranged by Imagenes del Sur, a non-profit, publicly funded organization that focus on gender perspectives and female film production. 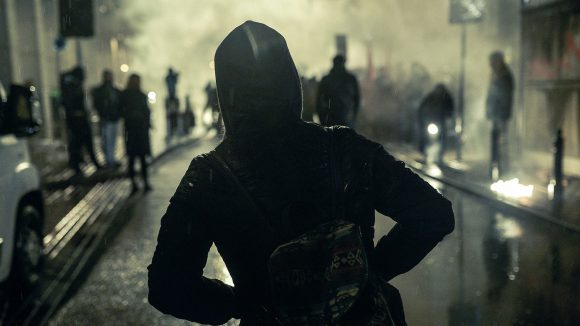 Gender equality in Swedish film production is a long struggle. The national policy for supporting the film industry stems from the 1960s. International female film festivals had their global lift-off during the 1970s when gender inequality in the industry gained domestic and global attention. This is when the national promotion of gender equality in the Swedish film industry took form on grounds that still prevail. Ever since then, many reforms focus on quotas for women.

Looking at the increased numbers of female directors, such ambitions seem successful. But these measurements have received a fair share of criticism. Quality and commercial success are the main goals of the film industry and gender equality amongst directors can be perceived as input in the production seemingly dislodged from these goals. When assessments of quality are viewed as unaffected by gender and equality aspirations are seen as hard to combine with a commercial logic, demands for equality may appear to clash with these goals.

From the latest national report on gender equality in film. Photo: Svenska Filminstitutet

Moreover, gender equality is more complex than fulfilling austere quantitative guidelines. Structures beyond percentages risk being obscured, for example how norms can obstruct pitches of films with female leads or exclude certain themes. The crucial dynamics of networking also risks being overlooked. And this is certainly an industry where networking is central.

Networking is however not ignored by the festival program. After the screening, female directors present ongoing projects and asks for relevant feedback. The following discussion with the audience spans production processes, personal interpretations, and concrete technical tips from experts. Seamlessly, the feedback session merges with the following item of the day; mingle with the directors.

I briefly chat with Anna Lönn Franko, spokesperson for the network Women in Film an Television (WIFT) which is co-hosting the festival. WIFT receives public funding and works for a wider medial representation of women and non-binary. Lönn Franko emphasizes how networking is the gist of their strategy, rendering the festival a general theme of making women heard through interaction rather than through the screen. Her view on what actually changes the industry is interesting. She does not highlight theoretical feminist statements or finding tools for measuring female presence. But instead, the actual process of networking.

Female film festivals are globally united by a feminist background and a will for social change, and on good grounds. Both in Sweden and internationally, female directors receive lower funding and A-list festivals are heavily dominated by men. A female presence is sometimes used as a token and proof of equality, even when it is not linked to general terms for women in the industry. A way of changing this is to acknowledge that diverse experiences and perspectives rely on informal and creative processes.

Internationally, female film festivals may be seen as the most evident way that female directors are contributing to a transnational, feminist, alternative public sphere. Screening a certain amount of women’s work is not nearly as important as the creative industry that is a result of these film festivals. Audience participation and networking dynamics creates experiences and perspectives, and thus works as a cultural and social hotbed for change.

Judging by the festival, public policies today include changes of male domination in creative rooms that are hard to measure, especially compared to numbers of directors. Considering my own experiences of producing film in male-dominated creative spaces, these kinds of physical, traditional processes are still needed. Norms and interactions are hard to change while looking at percentages. Voices need interaction, not just space.

This entry was posted on Monday, April 15th, 2019 at 10:25 am and is filed under Author: Caroline Ulvros, Gender, Women and ICT. You can follow any comments to this entry through the RSS 2.0 feed. You can leave a comment, or trackback from your own site.