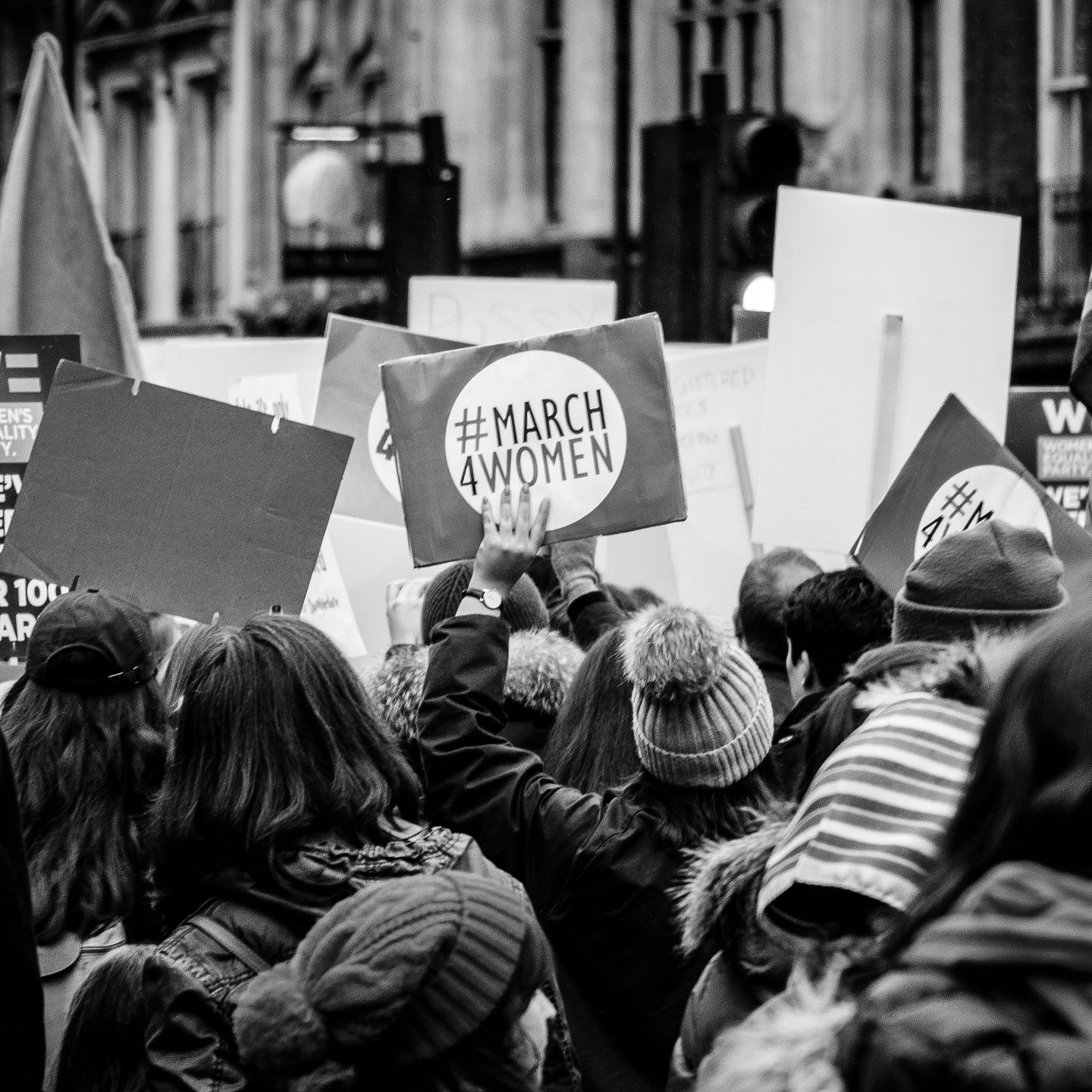 Women’s voices have echoed through the ages. Although they have rarely been given the space or amplification of men’s, the passionate and purposeful protests of women throughout history have continued to change society for the better. It was, in fact, female-led protests that started the very first International Women’s day over a century ago in 1911. The day was first marked when one million people from across Austria, Denmark, Germany and Switzerland protested at various rallies to fight for women’s rights. The rallies came after a proposal from a woman called Clara Zetkin at the second International Conference of Working Women the year before in Copenhagen.

The International Women’s Day theme this year is ‘#BalanceForBetter’. The theme strives for gender balance in all arenas and calls for collective action. This year we not only have the momentum produced by all the women who came before us, we have new tools and channels to communicate the cause, particularly social media. Below are three country case studies on International Women’s Day:

SPAIN – A world without women is a static world

The feminist struggle in Spain has been different from the story of thousands of other women in Europe or even in the world. All went (fairly) well until the dictatorship that change it all. In the early 20th century, Spanish women got a remarkable improvement in gender equality. Women were granted the right to vote, to get divorced and the crime of adultery was eliminated, among others. Nonetheless, Franco’s regime made women’s rights go back forty years in time.

After more than 30 years of repression, feminists’ willingness to advance in social rights has been in a constant increase. Remarkable strides have been made, but there is still room for improvement. With a culture of machismo that permeates society, feminism has experienced a significant growth in recent years. The use of social media has meant a key factor of support. Women from all the walks of life protest. They tweet constantly or take the street. The format does not matter, what matters is that Spanish women are coming together to change the system and say “Think equal, build smart, innovate for change!”

The 2019 theme for the International Women’s Day in Lebanon is “Think equal, build smart, innovate for change”. It focuses on innovative ways to advance gender equality and the empowerment of women, particularly in the areas of social protection systems, access to public services and sustainable infrastructure.

However, women in Lebanon had to overcome various obstacles and years of struggle to arrive to where they are today. A newly released United Nations report on women’s rights in 18 countries in the Arab region gave Lebanon a mixed review, praising reforms in some areas while highlighting others where the country continues to lag behind in guaranteeing gender equality.

It is only in 1952 that women in Lebanon gained the right to vote. Between the 1960s and the 1980s, Lebanese women acquired the right to preserve their nationality, if married to foreigners and were given the right to freedom of movement after the annulment of the statute that required the spouse’s authorisation to issue his wife’s passport.

It is not until the 1990s that women began to flourish on the commercial front when they were given full rights to venture into commercial businesses. Almost a decade later, Lebanon’s labour law was to state that male and female government employees were entitled to the same provisions, including benefits, services, and education grants for themselves and their family members.

The past five years have been significantly empowering to Lebanese women through the enactment of Law 293 – Protection of Women and Family Members from Domestic Violence and the abolishment of Article 522 of Lebanon’s Penal Code which allowed a rapist to get away with his crime if he marries the victim.

While women are still overshadowed by a man power society, hope is ever strong as we see Lebanese women today representing citizens in public offices and gaining growing rights on all fronts.

Since 2006, the World Economic Forum publishes the Gender Gap Report. This report ranks 149 countries on their process towards gender parity. It does so by focusing on four key areas.

Netherlands, belonging to the top 10 in the HDI index (indicating the main human development indicators), turns out not to be doing so well for gender parity at all. It stops at place 27, preceded by o.a. 14 other European countries. Reasons are quite shocking!

Many women in the Netherlands work part time (28 hours aka 39 hours for Dutch men). The EU average of women working part time is 31% compared to 74% of the women in the Netherlands. Part time work gives women the opportunity, but also task, to take care of the children and arranging the household. It mostly affects women with a lower educational or migrant background. As a result they are often economically dependent on their husbands.

Women in the Netherlands earn significantly less than men. Reflecting a difference of 8% in public positions, and 19% in the private sector. On top of that, only 1 out of 5 top executives in major Dutch companies is female.

Up to 2018, Dutch fathers were entitled to two days of paternity leave. This year, the government extended it up to five days. However, the Netherlands still has one of the lowest number of paternity leave days in the entire Europe. Plus, 1 out of 10 women has been explicitly rejected because of her pregnancy, motherhood or desire to have children. One out of five expects to be rejected because of this.

Progress is slow, too slow. Especially if one knows that Dutch women are nowadays better educated than men. That is why international women’s day is an important day. This year’s theme is heroes (heldinnen) to give extra attention to women that have fought or fight for women’s rights and equality. Examples of activities are the Kartini prize for persons in the Dutch city of The Hague that fight for women emancipation. And given the theme of our blog, one should not forget the women’s protest march on the 9th of March in Amsterdam. More activities can be found here. Go for more information on the statistics to the website of CBS & SCP.

With a social media generation who thrive on connectivity and online communities, the gender equality issue is being amplified more each year. With movements like #MeToo, #WomensMarch and #SheInspiresMe gracing our social feeds, it is easy to be inspired by the power of women coming together and building communities. Despite its downfalls, social media has provided a new stage, and today women have the microphone.

Pippa is an Aussie woman, living in Switzerland, with an enduring travel-bug. She discovered communications as a natural extension of her curiosity, love of people and stories, and habit of talking way too much. So far it has taken her around the globe, including work in Samoa, China, Guinea, Senegal, Liberia, and Trinidad and Tobago, to name a few. Pippa is continuously humbled by how much new languages, cultures and customs (and the simple art of listening) can teach her. She is now working in the UN, with plans to continue down the path of humanitarian communications for as long as possible. When she is not working or globe-trotting, she can be found in the kitchen, up a mountain, on the couch, in a forest or creek, or just sitting on a verandah having a drink with friends.
View all posts by Pippa Haughton →