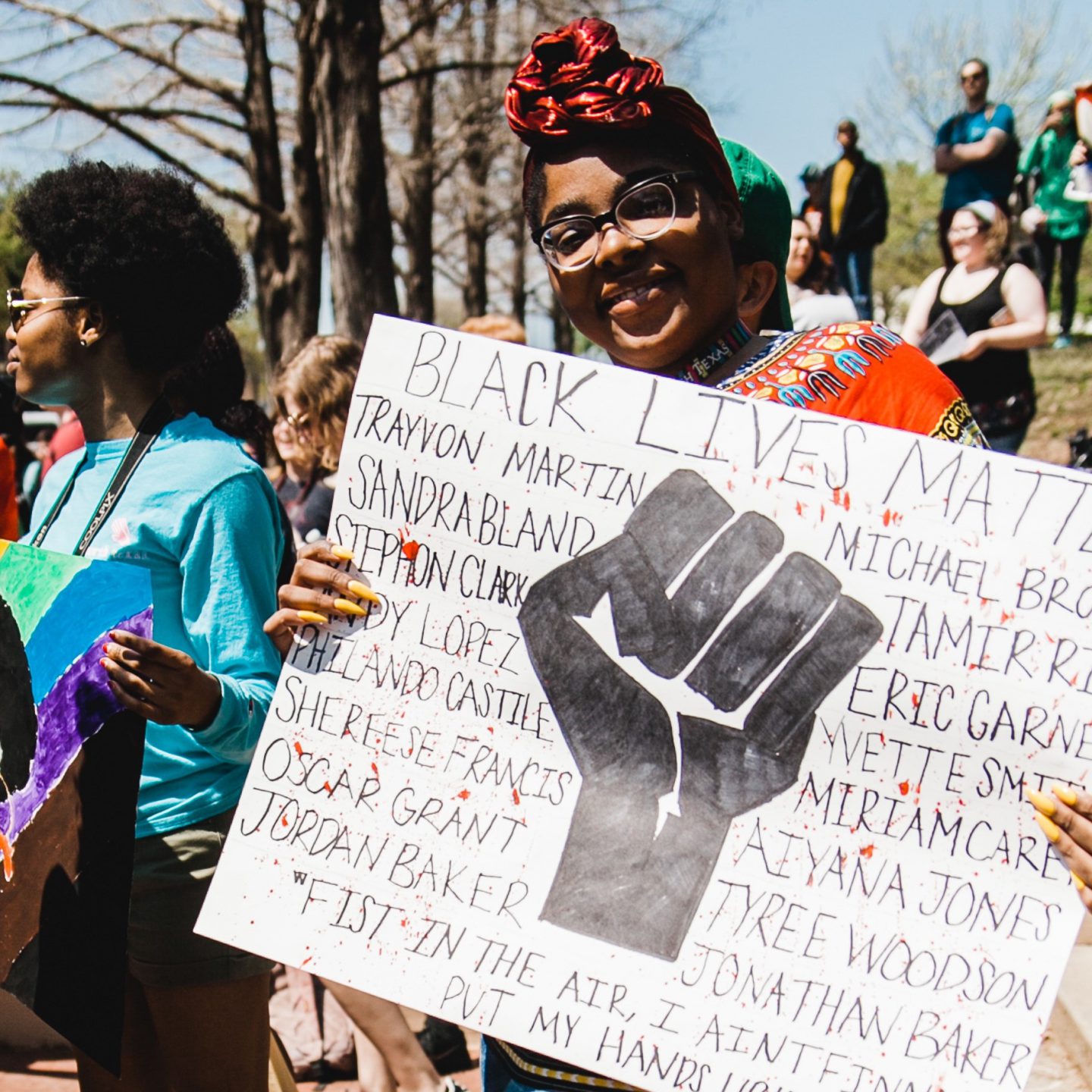 “Some problems we share as women, some we do not. You fear your children will grow up to join the patriarchy and testify against you; we fear our children will be dragged from a car and shot down in the street, and you will turn your backs on the reasons they are dying.” Audre Lorde

The white history of first and second wave feminism

First wave feminism was initially rooted in intersectional concerns, including the abolition of slavery.[1] But feminist struggles in the first and second waves were largely centred around the concerns of white women. The movement began to focus on equality for some, rather than equality for all. It saw black women banned from rallies or forced to stand behind white women.

In the second wave the focus on social equality was again tied to concerns of racism and civil rights. But in its fight for equality in areas such as unequal pay, reproductive freedom and equal education, black women were commonly pushed to the periphery. The issues white women and black women faced were became polarised. While white women were fighting for the right to work, breaking free from the role of housewife, black women were already working and supporting their families.

The emergence of intersectional feminism

Intersectional feminism emerged in the third wave of feminism and has continued to be a defining feature of fourth wave feminism. Coined by black feminist Kimberlé Crenshaw, intersectionality is a term defined as ‘The interconnected nature of social categorizations such as race, class, and gender as they apply to a given individual or group, regarded as creating overlapping and interdependent systems of discrimination or disadvantage’.[2] But some argue against its effectiveness, suggesting it fails in its goal to centre women of colour and other groups facing multifaceted discrimination.

So what role has new media played in intersectional feminism?

Social media is ground-breaking in its ability to reach across the world, breaking down cultural and national borders. Ruxandra Looft suggests that it is the tools used which have defined each wave of feminism, with new media defining fourth wave feminism.[3] People have more access to information, art, culture, news and stories than ever before. Social media has the power to bring together the various streams of feminism and amplify voices which have historically not been privileged. But has it achieved this?

Let’s look at the weaknesses.

One of the main weaknesses of social media is in its tendency to create echo chambers. Algorithms and personal preferences sculpt individuals’ walls into the shape that confirms their beliefs and values. So while we now have the ability to reach and connect with people, movements and cultures we could never have accessed in the past, we tend to create our own bubbles and stick to them. While it could be the perfect tool to expose people to different ways of thinking, in some cases its networks have fostered even deeper discrimination and hate.

Our detachedness in using social media could also be part of the reason the medium has fallen short when it comes to fostering intersectional feminism. Social media is a double-edged sword when it comes to social movements like feminism. While it allows unprecedented access to the ideas and messages of the movement, many people only engage superficially.

Lessons on intersectionality and the internet

For my part, studying intersectional feminism has taught me that it is not enough to push for equality of all people, all races, all classes, all religions. For feminism to work it must centre on the most marginalised. As Emi Kane, a national organiser of INCITE! says, ‘the transformative potential of a movement is only as present as the strength or voice of the most marginalized’.[4]

While new media has provided a much-needed channel to amplify those voices, it has not made feminism truly intersectional. For that to happen, all feminists need to commit to intersectionality and introspection with authentic empathy and solidarity.

White feminists need to commit to doing what we can to help tear down the systems of privilege that benefit us. The same systems which have oppressed people of colour and other marginalised groups for far too long. This includes changing our social media habits to listen to and share marginalised voices and to expand, or even dissolve, our bubbles.

Pippa is an Aussie woman, living in Switzerland, with an enduring travel-bug. She discovered communications as a natural extension of her curiosity, love of people and stories, and habit of talking way too much. So far it has taken her around the globe, including work in Samoa, China, Guinea, Senegal, Liberia, and Trinidad and Tobago, to name a few. Pippa is continuously humbled by how much new languages, cultures and customs (and the simple art of listening) can teach her. She is now working in the UN, with plans to continue down the path of humanitarian communications for as long as possible. When she is not working or globe-trotting, she can be found in the kitchen, up a mountain, on the couch, in a forest or creek, or just sitting on a verandah having a drink with friends.
View all posts by Pippa Haughton →