In recent years there is much more focus on the visualizations in media representations, looking at the images and photographs which go viral. But there are a number of overarching questions looking at these news coverages and images presented, while looking at the nature of the conflict and the recipient reading and encoding the image or video along with the text or voice-over. How can the photographs in online news coverages or on social media platforms be analyzed? What are the coding criteria that allow observations be made by participants, actors in specific settings, foregrounds and put in particular evaluations? 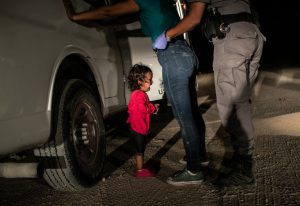 By for example looking at the photograph of John Moore, who won the prestigious World Press Photo contest with the photograph entitled ‘’Crying girl on the border’’. The image was selected out of 78,801 photographs, submitted by 4,738 photographers (source: World Press Photo). In the picture, we can see a 2-year-old Honduran girl crying as she and her mother were taken into custody by US border officials at the US and Mexican border in McAllen, Texas. This was under Trump’s administration and ended under pressure of public and law makers, who terminated the controversial policy of separating immigrant children from their parents at the US-Mexico border. It was foreseen that the photograph was going viral and widely published to portray the US government’s family separation policy. 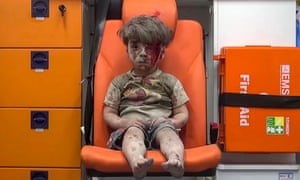 Source: Child in an ambulance after being pulled out of a building hit by an airstrike, Aleppo Media Centre, Guardian.

The same would count for particular babies or children in war or extreme poverty zones, used in aid campaigns or by media correspondents or journalists. The photograph of the boy sitting dazed and bloodied in the back of an ambulance, after surviving the airstrike in Aleppo highlighted the desperation of the Syrian Civil war and the struggle for the control of the city. The image went viral for more than thousands of times on social media platforms. It appeared that the initial tweet by a  Telegraph reporter was retweeted more than 12,000 times (source: The Guardian). The scene was marked as the ‘’Horror of Aleppo’’. Sentiment and affiliation with the little boy was created with text passages as ‘’That little boy in the back of the ambulance, alone and dazed. Bloody awful. What can we do?’’ (source: The Guardian) Most remarkably is that the article was amended, to clarify that more than one person captured footage of the little boy after his rescue. It becomes clear that global media representations are tremendously important for global news agencies and media journalists.

It seems that new forms of journalism with the usage of visuals play a significant role here, whereas there is an increase of journalism on a daily basis due to the advanced developments of Information and Communication Technologies (ICT) worldwide. Also think of local citizens or citizen journalists, who have access to a smartphone with their camera to publish their photos right away on the web. The examples here above show that there is an intensification on self-promotion movements by global media agencies or (citizen) journalists, plus that entertainment values and sensationalism seem to play an important role. Looking at the visual images, it can also be said that there are several stages of analyzing the representations. For example consider the relationship between the image as a form of representation and the people who produced them. Not all recipients see the same image content and interpret visuals differently.

The way images are displayed, perceived and interpreted, play an important role for the perception and interpretation of the visual. But also the viewers’ background information, interest, previous knowledge and interaction with the visual message is key to create its meaning. That also depends on the process of meaning making of the initiator and the situational context and the multimodal message. The challenge of visual communication is the so-called term ‘’visual turn’’; in which the visual communication aspects of communication should be acknowledged as being important and should be examined on trustworthiness. Attention should be drawn to the role of visualizations and the text design, especially in global media representations.

How do you feel about the role of visualization in global news representations in our increased globalized world? 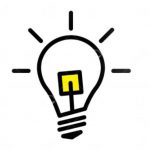