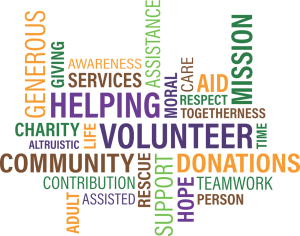 Globalization is known as the development of an increasing integrated economy marked by free trade and the flow of capital. The author Pieterse suggests however that globalization and its breakdown has changed significantly, what we know as development now is not what was previously, and further to this, that the structural deconstruction of development has given rise to a new world development. Globalization should not be unconditionally embraced with respect to development studies but rather should be treated with a critical approach. For a positive form of globalism to take place, we need to look at the entire development field, which includes international relations, market forces and civil society, together. The accelerated speed of globalism and growing risks of humanitarian crisis and climate change exasperates the need of global governance.

We know that ICT has greatly impacted the rate of globalization. New and emerging technologies are rapidly advancing various international areas, industry and governance bodies simultaneously. Specifically, information and technology have become critical components to the alleviation of poverty, and humanitarian crisis worldwide. Having information is key for global and local communities as it enables the spread of information, from large scale (through social media platforms such as Facebook) to small scale communities (where people share communal TV rooms, for example). ICT has positively affected health care development, by helping spread accurate public health information, as well as the ability for others to train groups of people with accurate health information. Globalization and ICT also have its challenges, as communities need to build local infrastructures in order to participate in the conversation, and thus governments play a large part in the puzzle to success. Also, with the indirect access to education (and health education in particular), well intentioned people can use the information erroneously and subsequently jeopardize people’s lives. But in general, and as explained in the previous blog, having a digital identify is the way forward for humanitarian development.
Social media is a form of technology that started approximately in 1999 and has been gaining momentum and strength over the last ten years. Social media itself is known as a form of online communication and networking. This changed the landscape of technology forever as for the first time, people were communicating close to real time, about their experiences, career, friendship in a unified platform. But for ICT, social media is much more than just a form of technology as it has changed the way we do business and work within the international development sector.

Social media has positively impacted global organizations, private and public alike. Companies such as Unilever are spending countless amounts of money in order to hire digital marketing experts, to increase their presence online. Many non for profits like Charity:Water, or The Humane Society use social media for fundraising campaigns and have not only raised money, but attracted a number of key donor enterprises in the process. Social media is also being thought of as a financial model for the future, where financial transactions will be able to tale place between the NGO and the donor directly, making it easier to donate and stay in touch. Social media is also helping raise awareness of diseases and potential pandemics. With the recent spread of the Corona Virus for example, social media campaigns through The World Health Organization (WHO) are providing audiences with minute to minute updates on the latest health information provided by scientists and experts. Let’s also not forget, that social media is helping us better respond to disasters. During Hurricane Katrina, many young people only became familiar with the phenomenon due to Facebook updates. As we can see, digital humanitarians are closing the gap of disaster times and responses. Social media has made certain topics such as Climate Change (The Paris Agreement), trendy and interesting to all demographics, as a result we see more young people involved and interested in politics than ever! One of the most important impacts for social media however, has been the ability for individuals to have a platform to raise concerns and voice their opinions. People no longer depend on politicians, or civil servants to spread their messages and capture community sentiment, people can now make public demands through their own channels. With time we will not only see more Greta’s emerging, but a variety of diverse individual and collective figures, not only because they are citizens, but ultimately because their voices matter.

References:
*ICT and its impact upon the Globalization and Accessibility of the Education in the Health domain, Conference Proceedings from the WSEAS International Conference on Education and Educational Training. Monica Parvan & Elena Jitaru
* https://www.donorbox.org
*https:/www.weforum.org
*https://www.wef.org