What if 1978’ world cup, held in Argentina, weren’t broadcasted on international televisions? What if the Madres de Plaza de Mayo didn’t carry signs with photos of their children, protested and cried in front of these TV cameras to ask help from the international community in order to stop the injustice and the oppression that they were enduring under the dictatorship of their government? Most probably, the history of the world wouldn’t be the same.

Since its advent,  Television has been the principal mass communication medium compared with those which preceded it. It outperformed radio’s popularity by extending the senses of vision – in addition to the senses of hearing – beyond the limits of physical distance.  In 1971, for instance, statistics about contemporary British way of life show that ten percent of homes still had no indoor lavatory or bath, 31% had no fridge and 62% had no telephone, but only 9% had no TV.

The power of images and visual communication, in a general context,  cannot be compared with any other communication tool as they are really a potent instrument in influencing and altering audiences’ emotions. Images can stir passions, anger, outrage, irony or pride. Images have the power to evoke emotional responses of loss and desperation, love and respect, bravery and triumph.

Today, in the world of digital and social media, the power of images is irrefutable.  The most surprising finding is revealed in a recent Outlook on Global Entertainment and Media.  Even though tweets, emails, and blog posts are probably the first things that come to the mind of most people thinking of digital communications, the truth is quite different. VR ( Virtual reality)  and OTT video (film and TV content delivered via the internet) are leading the international media market growth rate between 2018 and 2023.

Both social media platforms topping the list in terms of subscribers and audiences – Facebook and Youtube- continue to bet on the popularities of their technologies in video production and distribution. The announcement of Mark Zuckerberg, three years ago,  that video is the “megatrend” and then the introduction to the market of the successful format Facebook Live, were not by chance. 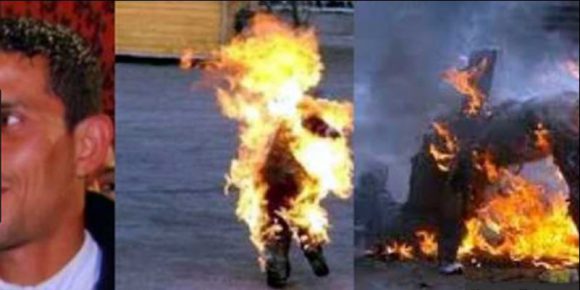 Thinking about the waves of Arab Uprisings, since the last January 2011, doubts about the crucial role of the modern information communication and technologies (ICT) and social media networks, are definitely out of the discussion. The images of Mohamed Bouazizi – the young Tunisian men who has set himself in fire-  posted on Facebook and other digital networks, have ignited a popular uprising ended with the fall of Ben Ali regime.

In parallel,  online shared photo­graphs of the bloodied and disfigured face of Khaled Mohamed Said beaten to death by the Egyptian police have added fuel to the fire sending thousands of people to Tahrir Square and leading to Mubarak’s resignation.

What is more, is that the shared visual contents between Tunisian and Egyptian dissidents have stimulated the embodiment of protests’ experiences with visual codes used to display dissent.  The remarkable exchange, in particular, on Facebook has granted activists an incredible knowledge on how to use technology to evade surveillance, to commiserate about torture, to stand up to rubber bullets and organize barricades. Even women of both nations were learning from each other. 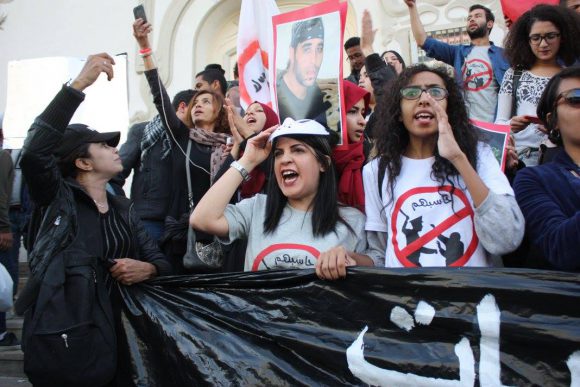 Now, let’s go back to our point of departure and ask: could you imagine, for few moments, the existence,  today,  of some crisis, conflicts, wars out of our visual, technological and social world?

Think about Yemen, for instance, since 2015 the country is under bombing and a total blockade: sea, air, land, and communications. There isn’t any kind of communication exchange with the outside world.

Every day, in Yemen, there are more dead children, women, and men, but we don’t know anything about them…because they are out of our  global technological sight, hence out of our existence!

Mediterranean Region is her home, journalism is her passion, and  strategic communications her profession.  Currently working for the leading Italian news agency ANSA, Nabila has been dedicating her professional career to develop and manage media and communication projects in different countries for national and international companies and organisations in the Euro-Arab Region. Her huge passion for professional challenges, in order to meet ever-changing global development goals, is her motivation's engine to study for the master Communication for Development (ComDev) at Malmö University . Nabila holds a bachelor degree in Information and Communication sciences, a Master in International Relations, an MBA degree,  and a training diploma from Al-Jazeera Media Center.  She is also a member of the National Order of journalists in Italy. View all posts by Nabila Zayati

One thought on “Out of sight, Out of mind …Out of existence!”