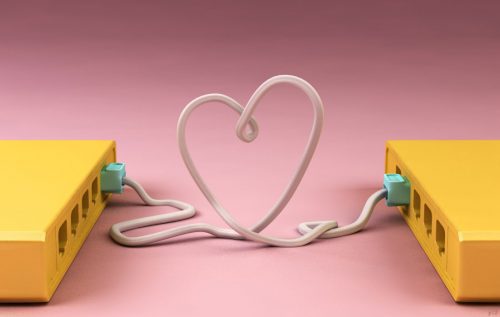 Working in communications in Swedish civil society today, either with humanitarian or with policy issues, implicates combatting a lot of misconceptions and even attacks on the work you’re doing. Sometimes I get the feeling that trolls and junk news have taken over the internet and that social media is a battlefield with no existing common sense, and I’ve often asked myself why the “good guys” e.g. human rights activists, aren’t better at creating platforms online and making their voices heard.

Why is the organized civil society not better at positioning themselves online? And why are the right wing populists so good at it?

In his book “Social theory after the internet” Schroeder argues that the success of the right wing populist movements that can be observed in different parts of the world wouldn’t have been possible without the online channels they’ve created for themselves, as well as the use of existing social media platforms such as Twitter and Facebook. In fact, populism and social media seems to be a match made in heaven. Here’s why.

According to Mueller (2016), a common feature among populists, leftist as well as rightist, is that they are counterpublics and anti-elite – they claim to represent the “people” and, in the case of the right wing populists, blame established parties and media of being elitist and biased. They represent themselves as underdogs and martyrs and the use of social media platforms therefore suits as hand in hand for getting their “uncensored” message through. On the other hand, populist messages are often unsuitable for mainstream media, and so can only be expressed online. As Schroeder puts it, “populist counterpublics thrive in the online public arena”, although the strategy for doing so differs depending on context.

Before internet, publishers served as media’s gatekeepers. Rettberg (2017) states that this meant that we could assume a certain level of quality when we picked up a book or a newspaper, or turned on the television. But digital technology has changed the scenery and today anyone can be a publisher. This also makes it difficult to distinguish the message behind the publication, which puts a lot of responsibility on the reader. I will talk more about this in my next blog post.

Donald Trump’s success in becoming the Republican candidate cannot be explained without taking into account how he via his use of Twitter dominated the agenda of mainstream media. In this case we can’t ignore the fact that traditional and printed media has been experiencing an economic crisis in recent year. Thus clickbait and “fast news” are prioritized in most media outlets. Trump’s extensive use of Twitter fits perfectly into the logic and even though not everyone is on Twitter, just by opening (or more likely, clicking on) a newspaper you were exposed to his most recent tweets.

In Sweden, where public broadcasting is still the main source of information, the right wing populist party the Sweden Democrats (SD) have had to use a different strategy. An often-used argument from members of SD is that media is being biased against them (Schall 2016) and so SD has instead created their own news channels to get their content through. The so-called “alternative media” often look like mainstream media and cover the same news but with a different interpretation, “particularly in respect to immigration, which is linked to criminality and the abuse of welfare, and rails against the ‘political correctness’ of multiculturalism as well as the threat of Islam” (Holt 2016). This similarity to actual media of course contributes to the reader’s confusion.

But the vast online presence of right wing populists is also associated to the use of bots. The Swedish Defence Research Agency (SDRA) reported that in the months before the Swedish elections in September 2018 the number of political bots discussing Swedish politics almost doubled. The Sweden Democrats received most support among the total number of accounts expressing support for political parties. This support was expressed more among bots.

The bots investigated in the study were of three types. Either they were automatically controlled by software, or managed by someone employed to disseminate propaganda, or a private person who copied or retweeted content in numerous quantities. But as the SDRA states, “the effect of the automated behavior of these various bots is nevertheless the same” and users of social media could be lead to believe that the material was shared and widely accepted or more mainstream than it actually was.

This is not unique for Sweden. Schroeder again: “Populists have gained a disproportionate advantage with digital media compared to how they fare in traditional media, and compared to how established parties or political movements use media.”

I ask myself; does other movements need to apply the same tactics to equally get their message through and “compete” on the same terms?

1 thought on “Right wing populism and social media – a match made in heaven?”