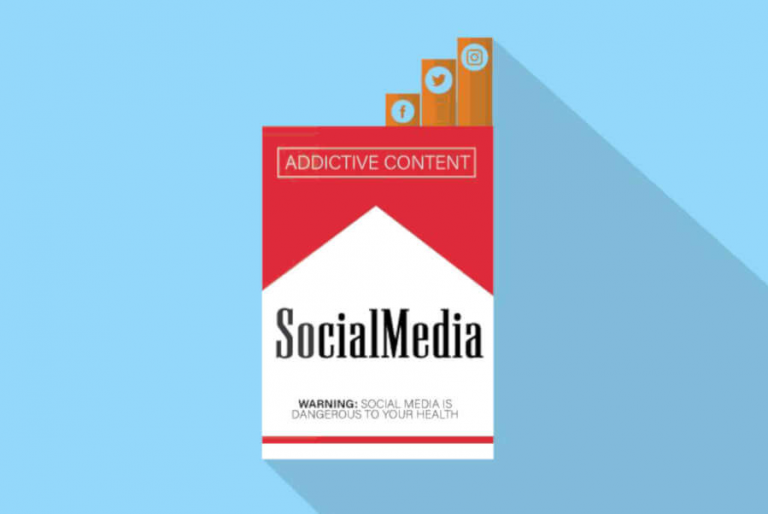 Sometimes I get an eerie feeling after automatically opening up an application on my phone. My hand just goes there without me actually reflecting on it. I confess: I am pretty addicted to social media. My personal Achilles heel is Instagram; somehow I keep checking in too often and I stay in there way too long. I even tried the timer function, so I could get a notification after I had spent a certain amount of time on the app. In the end, it didn’t help. How come social media is so addictive?

The business behind Big Data

As many of us know, social media is big big business. Some corporations have the same net worth as a country’s entire GDP. They are all part of what is called an attention economy. Without really reflecting upon it, we as consumers of social media are all part of a race for our attention. The longer Facebook and other platforms can make you stay on their page, the more data they can collect on you, which eventually means more money and power. Some experts say data is now more valuable than oil. And it doesn’t end with annoying consumer-designed ads. Our data can be used to understand our personality. This information can later be used in huge battles of power such as national elections; take for example the Cambridge Analytica Scandal. Cambridge Analytica was a political consulting firm that combined misappropriation of digital assets, data mining and data analysis with strategic communication in electoral processes. The ex-employee and whistle blower Christopher Wylie told The Observer about the works of Cambridge Analytica:

“We exploited Facebook to harvest millions of people’s profiles. And built models to exploit what we knew about them and target their inner demons. That was the basis the entire company was built on.”

Beraldo and Milan comments on this in their article about data activism:

We agree that “data and politics are inseparable. Data is not only shaping our social relations, preferences, and life chances but our very democracies.

If our data gets in the hands of the wrong people, they can costume-design what we see online to manipulate us into looking at the world differently (in other words, the way they want us to see the world) and finally change our perception and behaviour. Populism is rising in many parts of the world today, is the data we share and the content we get back ultimately pushing us in this direction? Is democracy in itself being threatened?

Being aware of these issues is an important first step to be able to make a conscious decision concerning social media. So the question is, how do these giants make you hooked in the first place?

How they keep us hooked

According to Tristan Harris, former Google product manager, there is a whole playbook of techniques that programmers apply for what they call “brain hacking”. To him, the idea that technology is neutral is just not true. Companies are aiming at the most basic emotions of a person; working with dopamine and rewarding systems. The menu system is one of the important issues to put into consideration. By shaping the menus we pick from, technology hijacks the way we perceive our choices and replaces them with new ones. It frames our ways of making choices, what we pay attention to, how we communicate and with who. This is something that we rarely question. Did you ever ask yourself any of these following questions?

The closer we pay attention to the options we’re given, the more we’ll notice how they actually restrict us and when they don’t align with our true needs.

According to Harris in 2016, the average person checks their phone 150 times a day. Today that number is probably much higher. Are we really making more than 150 conscious choices every day to open our phones?

So what makes us so addicted? Programmers use the ”slot machine effect”; we want to see ”what we won”, who liked our photos, the cute emoji in the comment, what the message says etc. We are also worried to miss out on something important if we don’t constantly check in. Another human aspect of social media that these platforms play off of is social approval and our basic need to belong, to be seen. Social media can also affect our mental health, producing anxiety and sadness. Comparing our lives with others and how we measure up can make us feel jealous and socially isolated.

We get used to Facebook and other platforms telling us what to do: tell them about our day, tell someone happy birthday, tag someone in a photo, watch the next episode, and many times we do as the platform suggests. Emotions like anger and indignation are also good for hooking us to our social media, showing us content that spark these emotions pays off for these corporations. Looking at these different brain hacks, not only are you probably wasting your time, but the result can in worst case become: addiction, social isolation, outrage, misinformation, and political polarization. 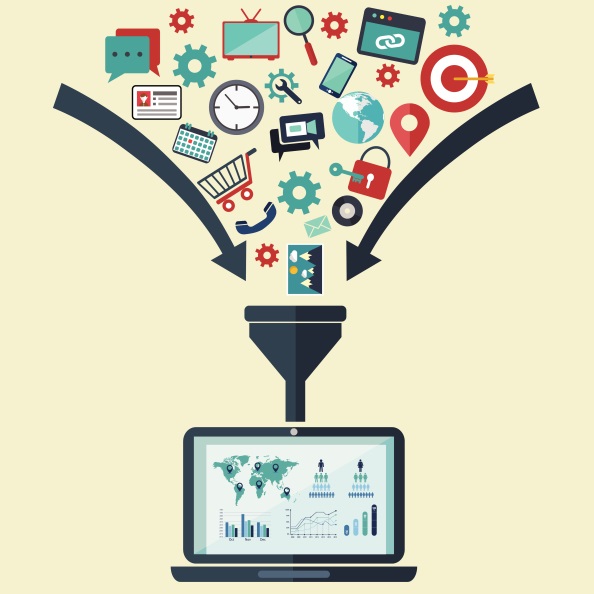 This can all seem depressive and alarming, but there are good news too. Tristan Harris created The Center For Humane Technology, a non-profit organization that works on raising awareness and advising companies, investors, political leaders etc. More and more people are becoming self-aware and can then use their knowledge to change their behaviour. Documentaries like The Great Hack are getting much attention. There is both pro-active and re-active data activism contesting the existing power relation and that contributes to challenge the monopoly over information. Hashtags like #DeleteFacebook are trending and spreading awareness about the issue. Both individual and collective data activism are important counter-weights to the existing politics and exploitation of data. The discussion about big data law making and legal issues is ongoing. Brittany Kaiser, former employee at Cambridge Analytica described the data collected and used as “weapons-grade information warfare”. Calling this data harvesting and usage warfare relocates this issue on another level. In the end of the documentary “The Great Hack” we get an interesting fact that speaks volumes: Donald Trump’s 2016 digital campaign director claim to have run 5.9 million visual ads on Facebook, in contrast to Hillary Clinton’s 66.000. This year is election year in the United States, and the ad spend on Facebook will surely to be eye-watering once again, from both ends of the political spectrum. And the mining continues.
Datactive is one of the collectives of data activists that uses a broad range of socio-technical practices that takes a critical approach to data collection. This collective consists of hackers and is part of the open-source movement but it also involves ordinary users. They are applying both technical tools to protect themselves from surveillance and civic engangement like advocacy and campaigning in their activism.

In their presentation Datactive put emphasis on the importance of engaging all sorts of users, not only hackers: “By increasingly involving average users, they are a signal of a change in perspective and attitude towards massive data collection emerging within the civil society realm.”

The first step is to be aware of our reality. How many times a day do you check in on your social media platforms?